HomeAutomationDesign News Survey: Companies Use Range of Safety Standards
Recent
Automation
Argo AI Expands to Austin and Miami in Search of More Challenges
May 18, 2022
12 Ideas that Could Change the World
May 18, 2022
Making the AC Power Main Intelligent
May 18, 2022
How to Make Sure Your Digital Transformation Doesn’t Fail
May 18, 2022
POLL
The Internet's Grooviest Slideshow of Legendary International Scouts
May 17, 2022
Electronics Industry Bolsters Root of Trust Security Efforts
May 17, 2022
3 Tips for Embedded Software Configuration Management
May 17, 2022
Novel 3D Printing Method Used to Replenish Coral Reefs
May 16, 2022 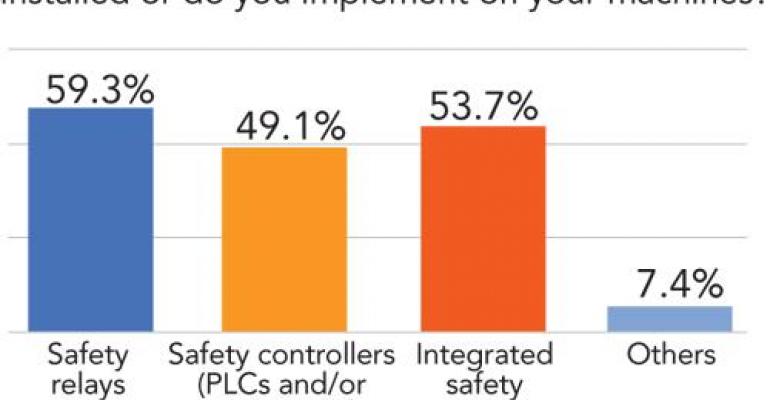 At the beginning of 2012, the industry took a significant step in the continuing transition of safety standards that are emerging to define functional safety requirements for industrial machines. But while a large community of machine builders is already certifying their machines to these newer standards, a significant group seems to be lagging behind.

Current safety practices According to a Design News survey, companies are certifying machines using a range of functional safety standards. A large group is certifying its machines using the ISO 13849-1 standard (42.9 percent), while others are certifying for NFPA (34.1 percent), IEC 62061 (29.7 percent), and the now-withdrawn EN 954 (15.4 percent) standard. More than half of the respondents (51.6 percent) are utilizing industry-specific safety standards such as Industrial Robots EN ISO 10218. 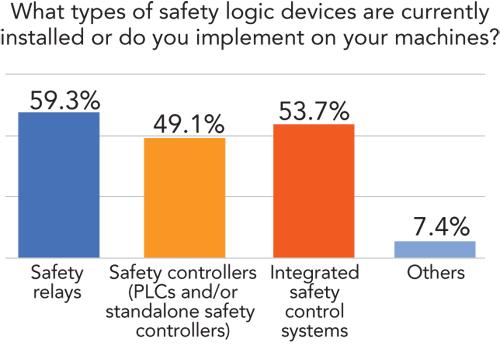 Tim Roback, manager of marketing of Safety Systems for Rockwell Automation, said in an interview:

On the question about the functional safety level used to certify machines, anyone who answered EN 954 has an opportunity to get aligned because that standard has been withdrawn. Those people would need to decide what standard would apply to them, and probably ISO13849 would be the first place to look. One thing that is interesting, encouraging, and that Rockwell would recommend is that if customers have industry-specific standards, also known as C Level standards, they should use them, and 53 percent are doing just that. Engineers should look for industry-specific standards if they have them.

As far as the types of safety logic devices customers are implementing, while there is a fairly even balance between safety relays and integrated safety systems, Roback expects that use of separate safety controllers will continue to decline.