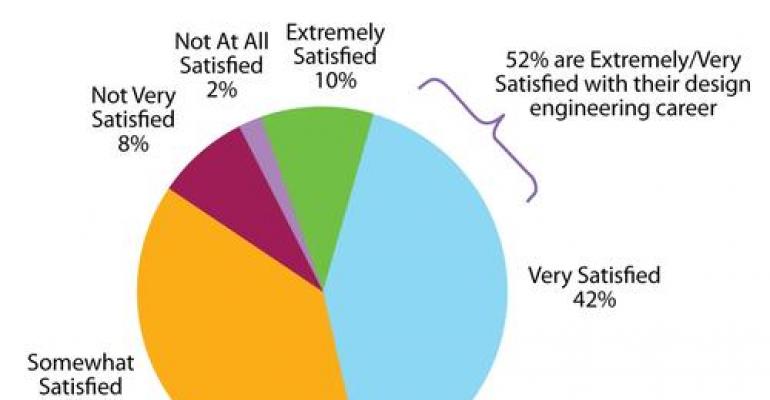 If you're a glass-half-full optimist, our 2011 salary survey may make you positively giddy. True, the US economy remains far from a full-blown rebound. Yet the hopeful projections we've heard lately from industry executives is supported by a gathering swell of good news in engineers' compensation packages.

Paychecks seem positively unleashed, when you consider that our respondents toted up their first increase in average base salary in two years. Annual earnings of $93,465 marked a 4.3 percent bump from the $89,597 average reported last year. (The latter number was essentially flat versus 2009.) More good news: 65 percent of respondents saw their base annual salary jump, compared to 40 percent in last year's survey. Only 4 percent took a haircut, as opposed to 9 percent in 2010. 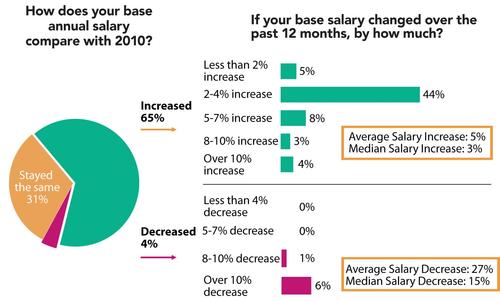 The bonus picture looked upbeat, too -- that perk averaged $9,440. However, keep in mind that while 20 percent of you received bonuses in the $9,000 to $50,000 range, 41 percent of working engineers received no additional compensation above base salary at all.

Some nuances to those numbers: Average salaries varied regionally, ranging from a high of $109,853 in the mountain states -- closely followed by $107,407 in California, Arizona, and Nevada -- to a low of $86,076 in the Southeast region. Pay also fluctuated according to industry, with industrial controls and defense in the top tier, followed by a tight grouping of medical test equipment, consumer electronics, and automotive.

Interestingly, while career satisfaction remains high -- 52 percent of you are very or extremely satisfied with design engineering, and 78 percent would recommend the profession to your children -- the relative economic bounty of the past year hasn't translated into more confidence about the immediate future.

Twenty-five percent of you are either extremely or very concerned about job security, with another 40 percent admitting to some apprehension. "Our company is replacing US engineers with 'best cost country' engineers," one respondent said.