HomeAutomationA Champion Is Crowned in the 2015 DARPA Robotics Challenge
Recent
Automation
Overcoming the Blind Spots in Hemodynamics Monitoring, Beat by Beat
May 25, 2022
Schwab Commemorates 1979 Tech Upgrade with a Custom Firebird
May 25, 2022
AAA Testing Highlights Automated Driving Failures
May 25, 2022
Top 10 Semiconductor Suppliers of 2021
May 25, 2022
POLL
Strategies to Reduce Noise and Vibrations in Vehicles
May 25, 2022
NI CEO Says Data and Testing Key to Future Technology Success
May 25, 2022
NASA Space Missions: To Infinity and Beyond
May 25, 2022
Rivian Patents Automated EV Charging Connector
May 24, 2022

A Champion Is Crowned in the 2015 DARPA Robotics Challenge 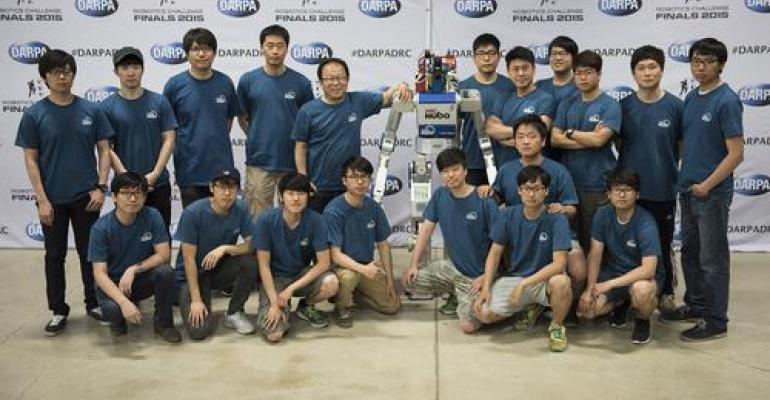 How long before robots can be sent in to rescue victims in crisis situations? While there's no fast answer, participants in the DARPA Robotics Challenge (DRC) collectively brought us one big step toward that stage.

After two days of challenges (and plenty of falls and accidents) held this past weekend at the Fairplex in Pomona, Calif., Team Kaist from Daejeon, Republic of Korea emerged in first place with its robot DRC-Hubo (That's DARPA Robotics Challenge HUmanoid RoBOt). In development since 2002 the Hubo robot is a bipedal humanoid robot that also uses wheels on its knees to move faster and more easily traverse certain obstacles. 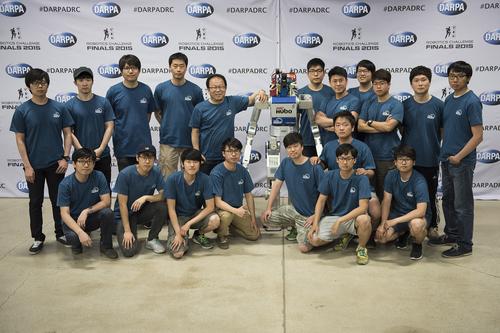 MORE FROM DESIGN NEWS: 4 Factors That Determine if a Robot Can Do Your Job

Twenty-three teams from the US, Japan, Germany, Italy, Republic of Korea, and Hong Kong participated in the outdoor challenge. Robots were tasked with completing a series of increasingly difficult challenges -- all related to needs for disaster response -- including driving a vehicle, walking while avoiding obstacles, tripping circuit breakers, turning valves, and climbing stairs. Robots were untethered and performed their tasks using a combination of remote control and automation algorithms. Teams had an hour to complete the obstacle course and were scored by time and number of tasks completed. South Korea'sTeam Kaist came out on top with a finishing time of just over 44 minutes for all eight tasks.

Here's the DRC-Hubo in action, climbing out of a vehicle:

The DRC was spearheaded following the 2011 Fukaushima nuclear disaster with the hopes of advancing technology to create robotic aids for rescue workers that need to venture into harsh or dangerous environments. With its win, Team Kaist takes home a $2 million prize. Second place finisher, the Running Man robot from Team IHMC Robotics from Pensacola, Fla., took home a $1 million prize, and third-place finisher, the CHIMP robot from Tartan Rescue of Pittsburgh earned a $500,000 prize.

MORE FROM DESIGN NEWS: The Atlas Robot is Agile Enough to Mimic 'The Karate Kid'

In a press statement, DARPA Director Arati Prabhakar said, "This is the end of the DARPA Robotics Challenge but only the beginning of a future in which robots can work alongside people to reduce the toll of disasters."

Watch the video below to see some of the robotic competitors struggling through the DARPA challenge.