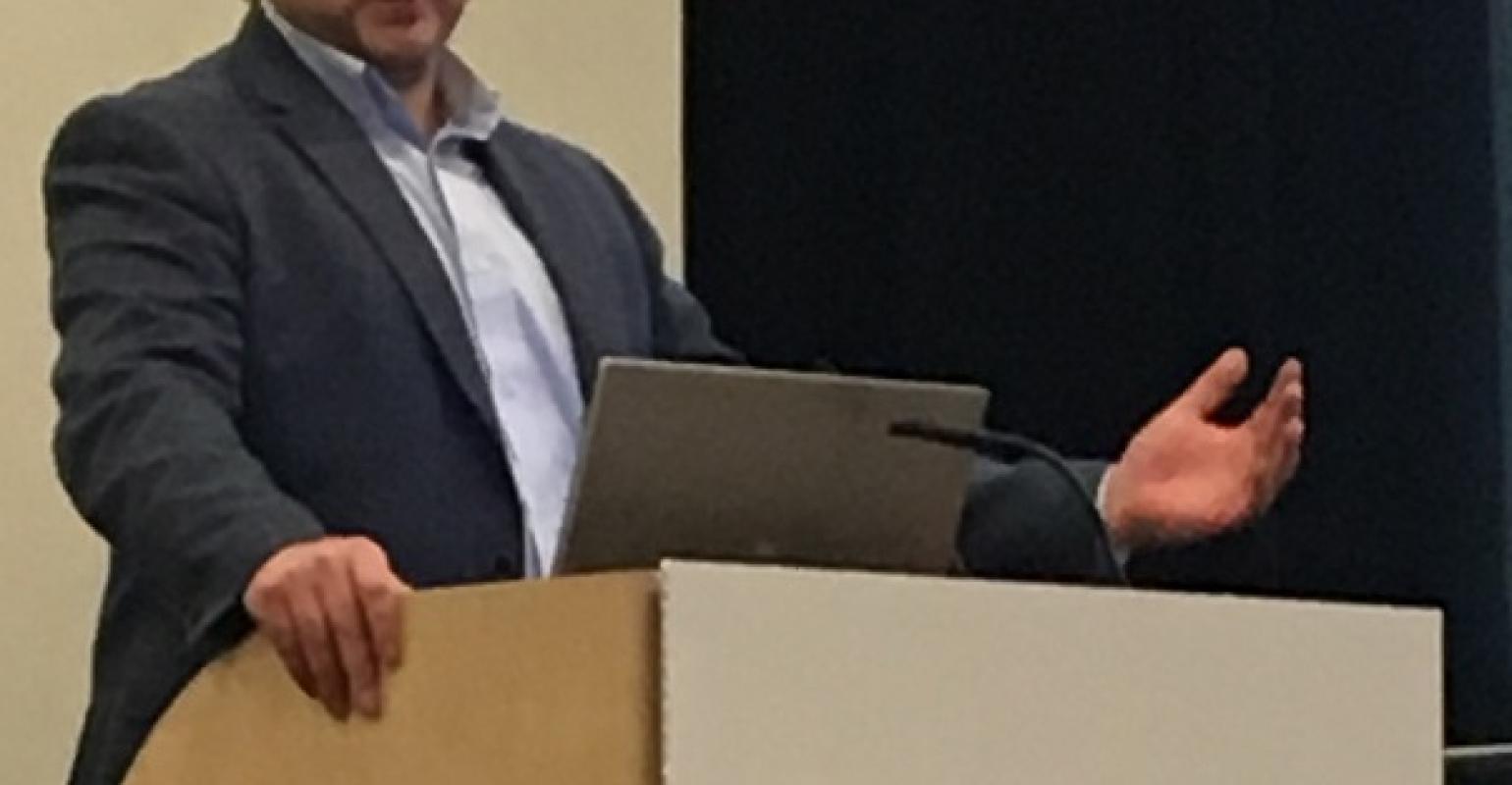 Automated guided vehicles – mobile robots – can bridge an automation gap by moving materials in a plant.

Autonomous mobile robots are becoming widely accepted in manufacturing and other settings. They’re getting deployed in a broad range of environments and applications, from moving materials in a factory to carrying medication to patient rooms in a hospital. Production processes have long been automated, but the movement of material has typically been a manual process, a gap in an otherwise automated facility. That’s beginning to change with the development of autonimous mobile robots (AMRs) that move autonomously around a production facility without the traditional infrastructure requirements of automated guided vehicles (AGVs).

Tony Melanson, VP at Aethon – the company that builds the TUG robot, covered this subject in the session, Connecting Islands of Automation with Mobile Robotics, at the Advanced Design and Manufacturing Expo in Cleveland earlier this month.

Automated moving vehicles are having an impact on production facilities as they bring safe automation into processes that used to be done only by human workers. “We’re seeing massive shifts in automation across three trends – collaborative machines, mobile technology, and autonomous robots. Big markets are growing for these machines,” said Melanson. “A mobile robot that is safe around people without fences or boundaries sits in the center of these major trends.”

Mobile robots offer the opportunity to automate a part of the production process that is not usually done with automation. “What hasn’t been automated is the movement between cells of production. This includes raw materials, subassemblies, or finished goods into the warehouse,” said Melanson. “These items have traditionally been moved by people or people driving machines. For example, in electronics manufacturing, there are a lot of parts moving. People are in and among that process. Introducing a mobile machine to do this work is not trivial.”

Part of the effectiveness of the robot is that it knows its way around the plant. It knows where to go when ordered to a location, and it knows how to navigate around obstacles along the way. “We create a map for the robot. We go to your facility with a robot unit that has sensors. The robot drives through the facility and measures all of the aspects of the facility – walls, doors, everything,” said Melanson. “Our installers will identify and program the various routes for the robots. The map gets uploaded to all of the connected robots in the fleet. Then, the robot uses that map in real-time to navigate its environment.”

Part of the attraction of the automated mobile device is the versatility of the robot and its potential coordination with other robots. “A fleet management system allows robots to perform their tasks as a system. This enables a completely connected facility that includes multiple robots that are completing different tasks and are optimized,” said Melanson. “The same robot can perform a variety of jobs and complete tasks through the production process. They can be coordinated to deliver goods to different locations, right up to the person who needs the materials.”

As well as closing the automation gap, the robot can potentially close the workforce skills gap, since kit can fill-in for hard-to-find human workers. “There are a number of issues in materials movement. It’s hard to keep people in these jobs, and if the material is not in the right place at the right time it will choke or starve your operation,” Melanson. “An AMR that can pick up and drop off a cart allows you to not only avoid the transportation labor, but also the labor at the sending and receiving end.”

Humans and Robots Work Together Toward Total Automation

The AMR can complete planned tasks as well as individual tasks on an as-needed basis. “You can command the robot to do regular runs, like a milk run. Sometimes it’s a push command where the worker asks the robot to move some materials such as a stack of inventory,” said Melanson. “The robot is constantly moving, going from stop to stop.”

As with much of the advanced automation technology, robots can be integrated into the plant network. Communication coming from plant networks can determine what tasks need to be done. The robot fleet manager on the ground can distribute the tasks among the plant’s robots. “In a manufacturing plant, an MES or ERP system sends a signal, and the fleet manager knows what to get and where to get it,” said Melanson. “The fleet manager figures out which is the best robot to get that material.”

For many plants, the movement of materials is the last stretch of plant processing that are still manual. “Our goal is total automation of the material movement process -- including pick up and drop off -- not just moving materials from place to place,” said Melanson. “Your current IT system doesn’t know anything about robots, so there must be some middleware to connect the robots to the IT system.”

Is Your Engineering Pay Growing? New Data From the Bureau of Labor Statistics Says Yes
Jul 28, 2021