HomeAutomationAmazon's AI Is Helping the Police Watch You
Recent
Automation
3D Print a Doll of Yourself and Other Strange Objects
Dec 06, 2021
The Top Generative Design Companies You Need to Know
Dec 06, 2021
Industry 5.0 Is Coming. Here’s Why You Should Care
Dec 06, 2021
What the Omicron Variant Could Mean for the Medical Device Industry
Dec 06, 2021
POLL
How to Build a Better Food & Beverage System with Non-Corrosive Bearings
Dec 06, 2021
Additive Manufacturing Partnership Seeks to Bring CFRPs into Mass Production
Dec 06, 2021
Sponsored Content
Data as a Critical Raw Material
Design News Names 2021 Best Engineered Vehicle of the Year
Dec 06, 2021

Amazon's AI Is Helping the Police Watch You 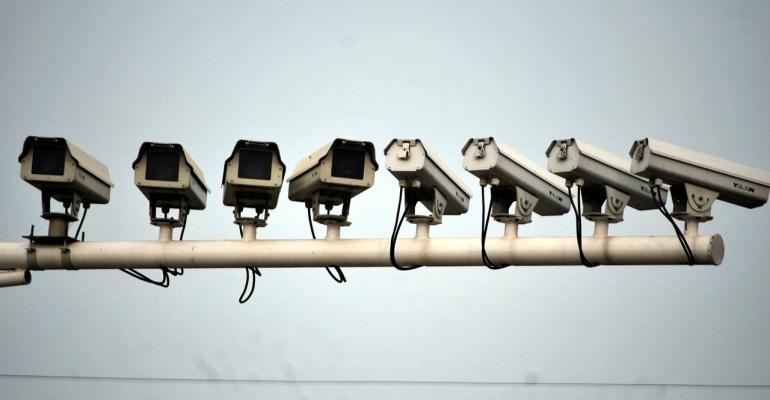 <p><strong>8.) AI helps privatize public infrastructure </strong></p><p>“Troubling partnerships between government and private tech companies also emerged as a trend this year, especially those that extended surveillance from public environments into private spaces like private properties and the home,” the AI Now Institute said.</p><p>In 2019 the city of Detroit established the “Neighborhood Real-Time Intelligence Program,” a $9 million, state- and federally-funded initiative that would expand the city's Project Green Light surveillance system to 500 intersections, in addition to the 500 businesses where it is already deployed, as well as add facial recognition technology to the system. The city has reported <a href="https://www.freep.com/story/news/local/michigan/detroit/2018/04/20/project-green-light-detroit/509139002/" target="_blank">reduced crime</a> in areas thanks to Project Green Light, but that hasn't stopped privacy advocates from protesting the technology.</p><p>In 2018, Amazon <a href="https://www.designnews.com/automation-motion-control/amazons-ai-helping-police-watch-you/203985185258812/page/0/1" target="_blank">came under fire</a> for offering to let police departments utilize its facial recognition software. The company has also negotiated with over 700 police departments in the US to give police access to videos from Ring smart home cameras if the footage can help with a criminal investigation, according to the AI Now Institute.</p><p><em>(Image source: Pixabay)</em></p>
The ACLU has raised concerns over law enforcement agencies' use of Rekognition, a facial and object recognition AI developed by Amazon that can be used for person tracking, among other applications. 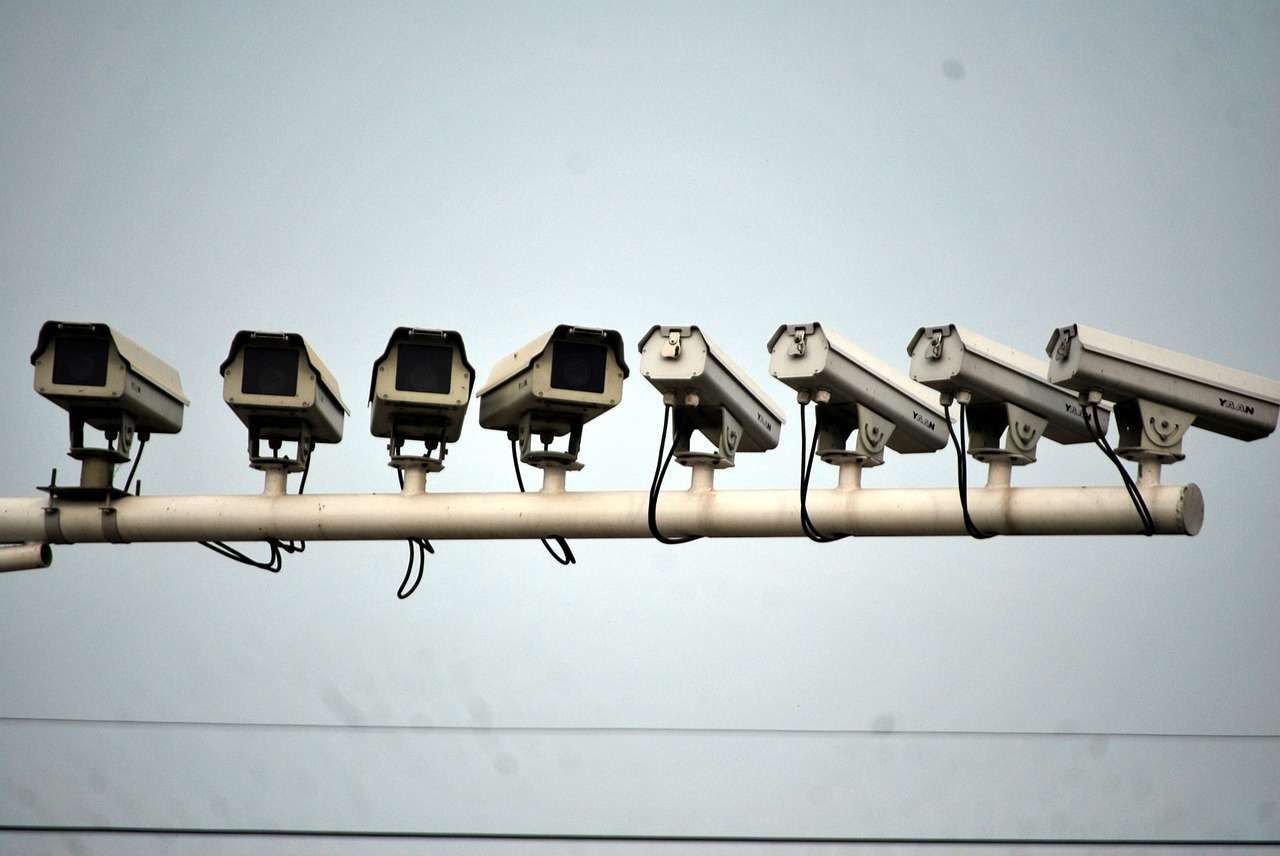 The American Civil Liberties Union (ACLU) is not happy after recently learning that Amazon is licensing AI capable of tracking persons of interest in real time to law enforcement agencies. Amazon markets the AI, called Rekognition, for a variety of applications from the innocuous (allowing videos to be searchable by the people and objects that appear in them) to more concerning applications, such as real-time tracking and security. Amazon distributes the deep learning-based system via an API and is constantly training it, meaning all of Amazon's Rekognition customers can benefit as the AI grows smarter.

At the Amazon Web Services conference held in South Korea earlier this month, Ranju Das, General Manager of Amazon Rekognition, said that Rekognition can be set up to monitor footage from traffic cameras and other surveillance and security cameras to identify persons of interest in real time—and even reconstruct their past movements. The system can recognize people even when their face isn't fully visible and is capable of recognizing up to 100 individuals in a single scene.

Amazon already lists several entities as customers including C-Span, Motorola, and Pinterest. But two customers in particular have raised the ire of the ACLU—the city of Orlando and the Washington County Sheriff Office. Both are using Rekognition for law enforcement applications.

In a statement on Amazon's Rekognition website, John Mina, Police Chief for the city of Orlando, said that the city is conducting a pilot program using Rekognition “...that will use existing city resources to provide real-time detection and notification of persons-of-interests, further increasing public safety and operational efficiency opportunities for the city of Orlando and other cities across the nation."

In his own statement, Chris Adzima, Senior Information Systems Analyst at the Washington County Sheriff’s Office, said the sheriff's office has been using Rekognition to comb through thousands of photo records to identify suspects. “Within one week of going live, the solution built on Rekognition identified a suspect for a cold case that led to an arrest through due process,” Adzima said.

Even though the law enforcement organizations have pledged to only use Rekognition in accordance with all applicable laws, the ACLU has issued a formal call demanding that Amazon cease allowing governments to use Rekognition.

“Amazon says Rekognition can be used to identify 'people of interest,' raising the possibility that those labeled suspicious by governments—such as undocumented immigrants or Black activists—will be seen as fair game for Rekognition surveillance. It also says Rekognition can monitor 'all faces in group photos, crowded events, and public places, such as airports' at a time when Americans are joining public protests at unprecedented levels.”

In an interview with NPR, Cagle said, “Amazon is handing governments a surveillance system primed for abuse...And that's why we're blowing the whistle right now."

Amazon has not made technical details about how Rekognition works publicly available. However, based on the AI's reported functionality, it can be surmised that Rekognition's deep learning is a combination of a convolutional neural network (CNN) and some kind of recurrent neural network (RNN)—most likely a long short-term memory network (LSTM). CNN's are the go-to neural networks for image and video recognition tasks, as they are designed based on computer vision principles and can be trained to classify objects (and people) based on their components. A CNN can learn to recognize eyes, mouths, noses, ears, etc. and know that the combination of these things constitutes a face.

RNNs are a type of neural network with built-in loops that allow for information to be retained, essentially giving AI a memory. LSTMs are a type of RNN that take this functionality even further, allowing the neural network to work with larger data sets. In essence, LSTMs enable AI to remember more past information and use it to infer and predict things based on context.

A CNN/LSTM combination would allow for the type of functionality Amazon describes for Rekognition. Not only would the system be able to recognize an individual, it could also “remember “ that person and find him or her in multiple instances over time (i.e., across many surveillance videos).

In a law enforcement application, this means that the AI, after being trained to recognize a suspect's face, could track a suspect through a single large space but also track him or her later on. If a suspect is spotted by cameras in a mall and then hours later at a nearby grocery store, the AI could potentially draw from this information to locate the suspect in areas between those two points as well, giving law enforcement a more complete picture of the suspect's movements.

The ACLU is less concerned with the “how” of Rekognition and more with the “who” and “what.” It filed a public records request to learn more about Rekognition and found what Cagle and Ozer's blog points to as troubling evidence of Amazon colluding with government agencies to push toward a "surveillance state." According to records obtained by the ACLU, Amazon readily offers support to government agencies deploying Rekognition, including providing troubleshooting and best practices. It also solicits feedback from law enforcement on how it may improve Rekognition's capabilities for the use case.

The records obtained by the ACLU show that several “fusion centers” (collaborative efforts among two or more agencies that share resources, expertise, and/or information related to criminal activity and investigations)—as well as law enforcement agencies in California and Arizona—have reached out to the Washington County Sheriff's Office regarding Rekognition.

According to the documents, Amazon itself has also offered to connect law enforcement with other parties, including a body camera manufacturer, interested in using Rekognition.

“If police body cameras, for example, were outfitted with facial recognition, devices intended for officer transparency and accountability would further transform into surveillance machines aimed at the public. With this technology, police would be able to determine who attends protests. ICE could seek to continuously monitor immigrants as they embark on new lives. Cities might routinely track their own residents, whether they have reason to suspect criminal activity or not. As with other surveillance technologies, these systems are certain to be disproportionately aimed at minority communities.“

The ACLU said it reached out to Washington County and the city of Orlando for any records showing that either organization had given citizens an opportunity to discuss the possible impact of Rekognition before it was implemented. Both agencies were also asked to provide clarification on the rules of how Rekognition would be used and how privacy rights would be protected. Neither agency responded to the ACLU's request.

In a written statement released to NPR, Amazon responded to concerns by pointing out the applications of Rekognition beyond law enforcement: “[O]ur quality of life would be much worse today if we outlawed new technology because some people could choose to abuse the technology. Imagine if customers couldn't buy a computer because it was possible to use that computer for illegal purposes?..."[W]e require our customers to comply with the law and be responsible when using Amazon Rekognition.”

The Orlando Police Department told NPR that its pilot program of Rekognition is “limited to only eight city-owned cameras" and a "handful" of volunteer officers. It also said it was not "utilizing any images of members of the public for testing.”

The Latest in a Trend

While Amazon may be catching the most heat because of its size and influence, it is far from the only company releasing facial recognition technology for private and public use. Facial recognition has seen big deployments in China with companies like Yitu Technology applying it to everything from retail experiences to ATM security. In a famous use case, Chinese authorities were able to apprehend dozens of wanted criminals at a festival in Qingdao, China last year with the use of facial recognition cameras.

Boston-based AI startup Neurala recently announced that it was working with Motorola Solutions to integrate image recognition AI into cameras to help police search for people of interest, such as criminal suspects and missing children. The company hopes that by placing recognition capabilities at the edge—in the cameras themselves—it will significantly reduce law enforcement response times and assist in finding suspects and victims in crowded and chaotic environments.

In a statement released to Design News, Max Versace, CEO of Neurala, said that what Amazon is doing with Rekognition is symptomatic of a trend as AI becomes more sophisticated and looks for more complex use cases. “Much of other players' emphasis is placed today on enabling inference—or classification—on the device. This is, in a way, old news,” Versace said. “Inference has been possible and viable on devices for a while, whereas the frontier in AI today is learning, not only inferencing, on the device.”

In regard to user privacy, Versace said the best protection for privacy is to allow AI on edge devices like cameras rather than letting all of the image processing be done on potentially vulnerable cloud-based systems. “Only on-device learning bears the promise of protecting user data—shipping your data and identity on the cloud is contrary to privacy,” he told Design News, “The future of an AI that does the job while respecting privacy—in particular when we are talking about a police force—requires learning on the device.”

To date, no laws have been put in place in the U.S. governing the use of real-time facial recognition by law enforcement. And we may not see a court judge the constitutionality of facial recognition AI until a widespread or high-profile use case emerges.

“People should be free to walk down the street without being watched by the government,” Cagle and Oker wrote in their blog. “By automating mass surveillance, facial recognition systems like Rekognition threaten this freedom, posing a particular threat to communities already unjustly targeted in the current political climate. Once powerful surveillance systems like these are built and deployed, the harm will be extremely difficult to undo.”

How do you feel about facial recognition being deployed by law enforcement? Share your thoughts in the comments.