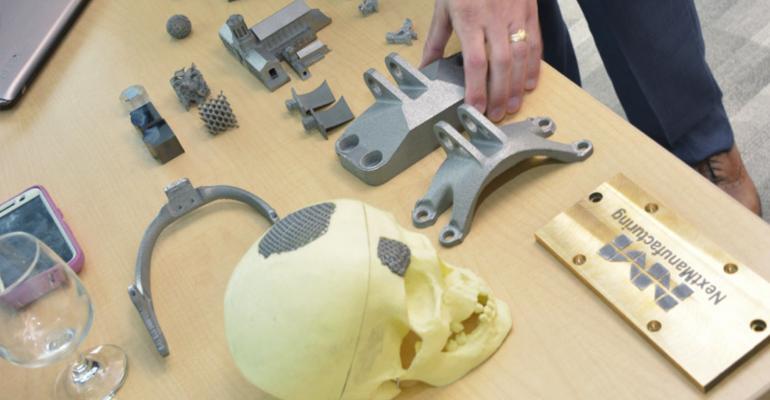 In 2017, we'll see more 3D printing and additive manufacturing (AM) processes made for large-scale pieces and final production parts. We'll also see continuance of the trend toward faster printing as these large-scale methods become commercialized and more readily available.

In 2017, we'll see more 3D printing and additive manufacturing (AM) processes made for large-scale pieces and final production parts. Stratasys' Infinite Build and Robotic Composite 3D Demonstrators, for example, may become systems fully realized on manufacturers' shop floors, while HP's and other high-speed technologies will continue to be refined. We'll also see continuance of the trend toward faster printing as other large-scale methods become commercialized and more readily available. In large-scale and end-production parts, automotive, aerospace, and medical industries will lead the way, along with  tooling & fixtures. Metals processes, including hybrid AM/CNC methods, will become increasingly important as they, too, become more fine-tuned.

More OEMs in many industries will be incorporating 3D-printed end-production parts into their products. This is happening not only in medical and aerospace, the long-time leaders in this trend, but also in automotive. For example, BMW, an early adopter of AM in cars, will expand the use of 3D printing even more in the future. To date, the carmaker has already incorporated more than 10,000 3D-printed parts in its Rolls-Royce Phantom, and has started using the technology for parts  in the Rolls-Royce Dawn luxury car. BMW is an HP Multi-Jet Fusion ecosystem partner, which will be used for the first time in car manufacturing in BMW machines. The company's plans to expand the role of 3D printing in series manufacturing are based on expectations of much faster production speeds from this technology, as well as Carbon's CLIP  (Continuous Liquid Interface Production) method. 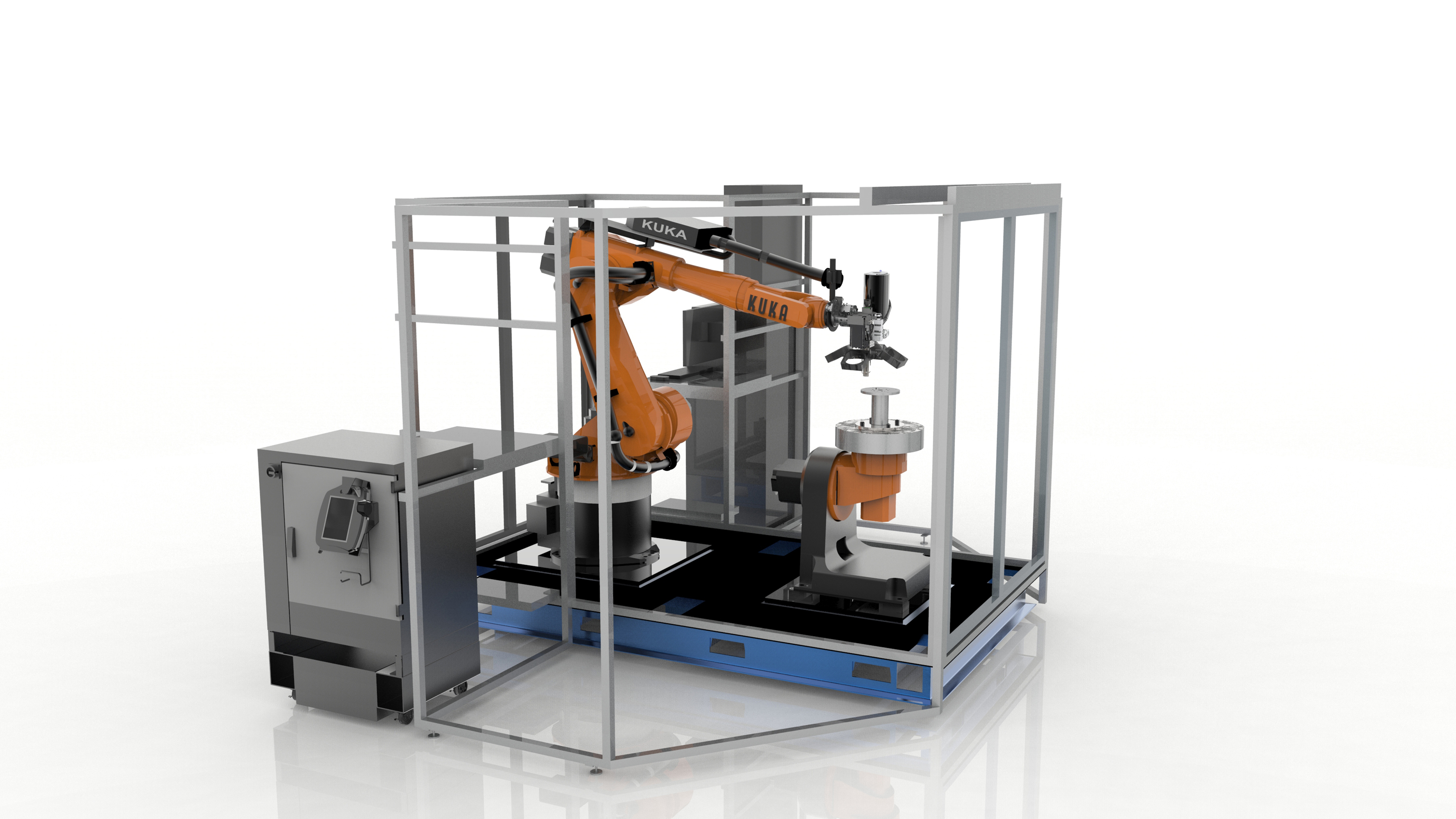 Buy or Build Your Own AM Tech

Some OEMs are buying, building -- or both -- their own AM technologies, and this will continue in 2017. GE's 2016 high-profile acquisition of majority interest stakes in Concept Laser (75%) and Arcam (73.5%), both suppliers of high-quality metals AM technologies, was certainly the biggest total purchase to date.

Another recent acquisition was Siemens Power & Gas Division's purchase of 85% of Materials Solutions, a specialized service bureau using EOS' direct metal laser sintering (DMLS) technology to produce high-performance metal components. One of Materials Solutions' specialties is making turbomachinery parts, especially high-temperature ones for gas turbines where accuracy, surface finish, and high-quality materials are critical to the parts' performance in service. The company has also developed its own processes for several metals. Both OEMs have long histories of investing in AM technologies, and GE has been developing its own internally for several years.

One specialty of Materials Solutions, which Siemens recently purchased a majority interest in, is making high-temperature turbomachinery parts for gas turbines where accuracy, surface finish, and the highest quality materials are critical to the parts' operational performance in service. An example is this burner head. 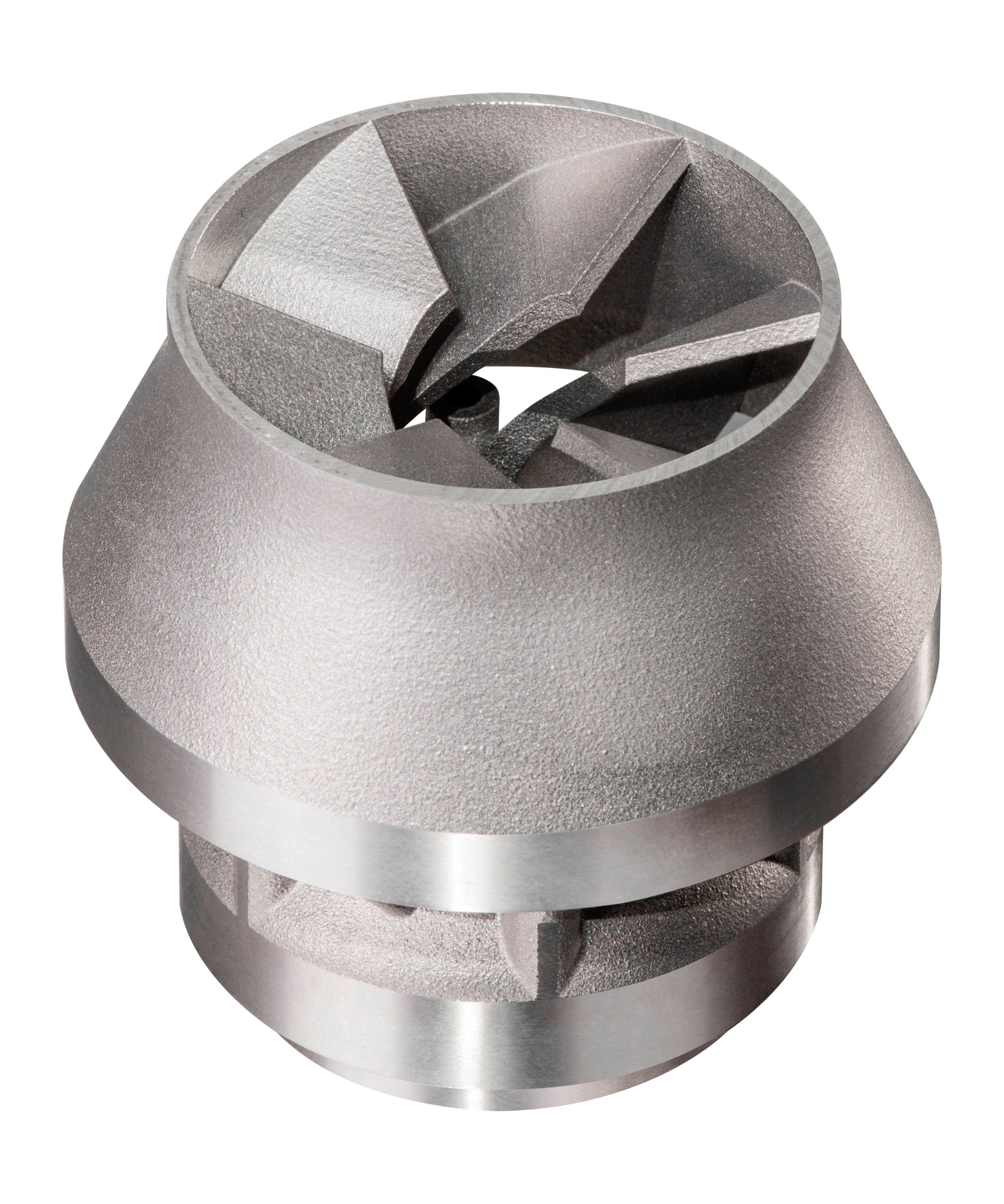 One specialty of Materials Solutions, which Siemens recently purchased a majority interest in, is making high-temperature turbomachinery parts for gas turbines where accuracy, surface finish, and the highest quality materials are critical to the parts' operational performance in service. An example is this burner head. (Source: Siemens)

Other OEMs, along with machine makers and materials suppliers, are building their own processes and doing internal R&D. Alcoa, for example, has expanded the world's largest light metals research center, the Alcoa Technical Center near Pittsburgh, Penn., to advance 3D printing materials and processes for aerospace, automotive, and medical applications. That expansion includes new materials designed specifically for several AM technologies, as well as a proprietary hybrid process, Ampliforge, that combines additive and traditional metals manufacturing. Alcoa has a 20-year history in AM, primarily building 3D-printed tools, molds, and prototypes. Although aerospace is a key market, the company has also been using AM for much of its rapid prototyping and product development in other areas, including oil & gas and some automotive.

Russia-headquartered aluminum producer UC RUSAL and Sauer GmbH, part of metal-cutting machine tools maker DMG MORI, are co-developing industrial 3D printing technology  for use with aluminum and aluminum alloys. The technology will be used to print aluminum parts in the aerospace, automotive, and machinery sectors. The agreement includes RUSAL's development of alloys to convert them into powders for 3D printing, which will be tested with Sauer equipment.

Sauer will also support the setup of new production and promote the new technology among its own customers for making products. Although the companies didn't specify which AM technologies they will develop, Sauer Lasertec has already integrated laser deposition AM with powder nozzles, welding, and precision 5-axis milling in its hybrid  Lasertec 65 3D system, introduced at RAPID 2016. Hybrid AM/CNC machines will also increase in 2017, including lower-cost models like Optomec's latest systems introduced in 2016. These combine LENS blown powder metal AM print engine technology with conventional compact mill CNC vertical milling platforms from Fryer Machine Systems. 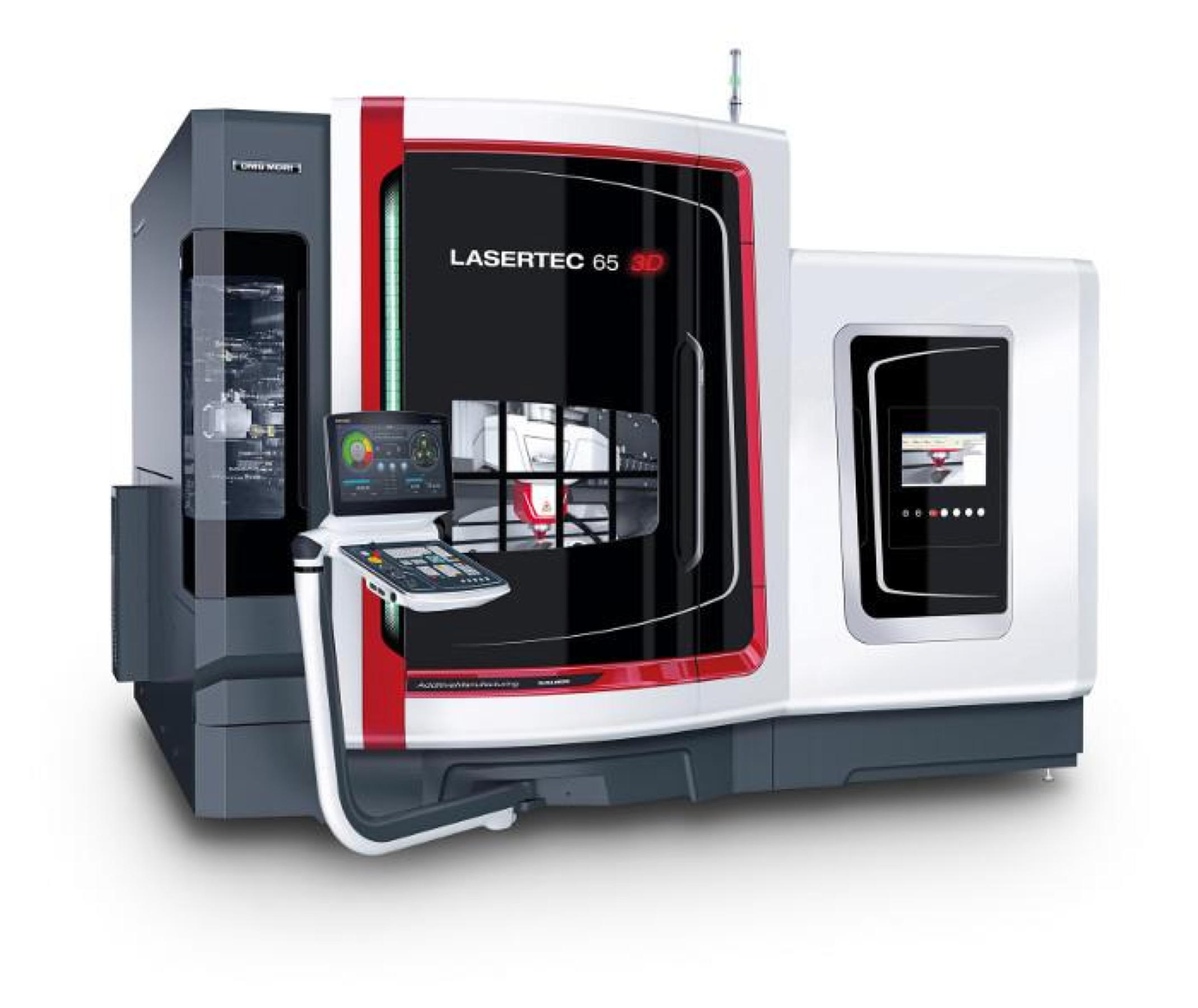 Although several consortia already exist for advancing AM and improving some 3D printing technologies, another one formed last July. This one's headed by Carnegie Mellon University's NextManufacturing Center, which is all about metals AM among other advanced manufacturing processes. The NextManufacturing Center Consortium 's purpose is to bring together leading industry, government, and nonprofit organizations. The Center wants to develop new ways of thinking to make 3D printing a mainstream manufacturing process, plus new tools for multiple complex manufacturing processes. It's compiling data from all parts of the process to create a fully integrated understanding that will optimize part geometries, material properties, cost, and design. 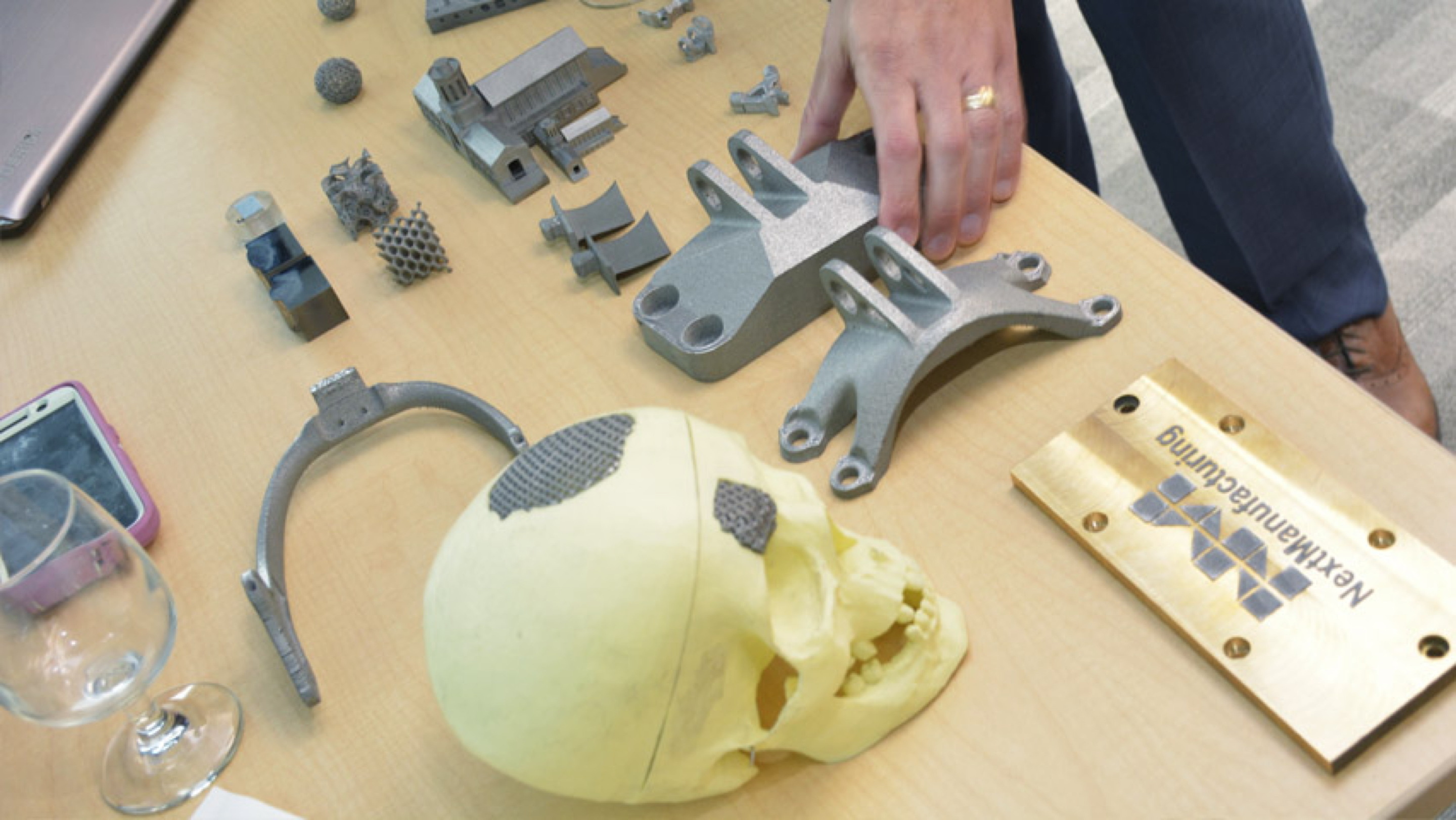 Since many such groups and partnerships are focused in a certain region of the US, or in specific areas of other industrialized nations, or they serve particular industries, none of them can be all things to all users. Expect more of these in 2017, bringing together industry, supplier, academic, nonprofit, and/or government entities.

Standards and Guidelines for AM Processes and Parts

Making high-quality production parts with AM and 3D printing methods will require some carefully defined standards and guidelines for machines and processes, as well as for materials, and printed parts. Multiple standards efforts are already underway to define specifications and practices for some of the myriad aspects of 3D printing and AM. Because several different standards bodies are doing this, last spring America Makes and the American National Standards Organization (ANSI) formed a collaborative, in an attempt to coordinate and accelerate all these efforts.

More recently, the International Organization for Standardization (ISO) and ASTM International have jointly created the Additive Manufacturing Standards Development Structure , which they describe  as a framework for creating global AM technical standards.

The structure can be used to develop three different levels of standards: general standards such as concepts, common requirements, and guides; standards for broad categories of materials or specific AM processes; and specialized standards for a specific material, process, or industry application. Its intent is similar to that of the AMSC: to guide standards development work, identify gaps, prevent duplicative efforts, and identify priorities.

It will be interesting to see how long these two efforts operate independently.

What About 4D Printing?

Aside from Skylar Tibbits' well known work in MIT's Self-Assembly Lab with 4D-printed self-assembling shapes made of programmable carbon composites and wood, other work to advance 4D printing continues. For example, a new process developed by a team at Lawrence Livermore National Laboratory (LLNL) makes shapes fold up like origami. Researchers there have 3D-printed shape-shifting structures that can fold themselves up and unfold themselves, or expand and contract in size, when prompted by changes in electricity or heat. The primary shapes they created were printed with shape-memory polymer inks developed by the team using a direct-ink writing 3D printing process.

Ann R. Thryft has been writing about manufacturing- and electronics-related technologies for 29 years, covering manufacturing materials & processes, alternative energy, and robotics. In the past, she's also written about machine vision and all kinds of communications.