HomeElectronicsTrump Calls for an Investigation into China’s IP Theft
Recent
Electronics
Will I See You at the Virtual 2022 RT-Thread IoT OS Global Tech Conference?
May 27, 2022
Novel Silk-Protein Eyed for Tendon Repair
May 27, 2022
NTT Data Powers Indy 500 Predictive Analytics
May 27, 2022
At NI Connect: More Companies Discuss Benefits of Test
May 27, 2022
POLL
Supplier News is Checking Out Programmable Automation Controllers
May 27, 2022
What's the Latest in Additive Manufacturing?
May 26, 2022
Top Gun: Maverick Roars into Theaters
May 26, 2022
New 3D Printing Technique Prints Glass for Microstructures
May 26, 2022

Trump Calls for an Investigation into China’s IP Theft 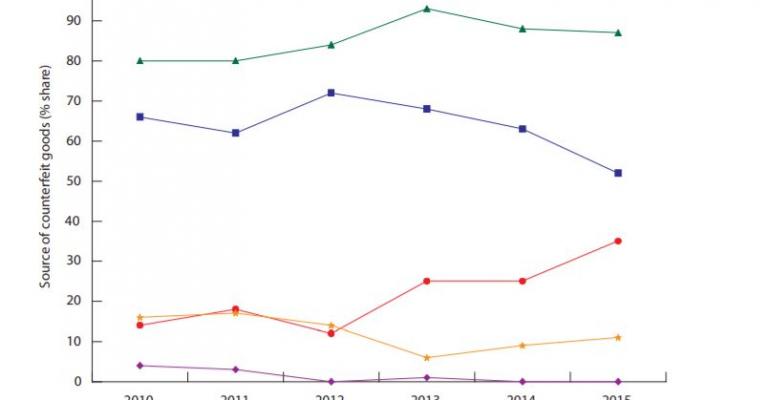 The Trump Administration has asked for a unilateral investigation into theft of American IP within China.

President Trump recently signed an executive memorandum intended to catalyze an investigation into China’s alleged theft of U.S. intellectual property (IP). The order is a first step in the attempt to solve the annual cost of IP theft to the U.S – a figure that may be upwards of $600 billion.

The initiative is rooted in a persistent issue that has left many American patent holders questioning whether it’s even worth defending their IP rights against rampant patent infringement, technology theft, and counterfeiting in China. The memorandum aims to address this decades-long struggle and could lead to some important considerations for multinational businesses wanting to protect their IP in China.

Trump has called upon the US Trade Representative to begin a formal investigation into the impact of IP Theft on US companies. According to Janelle Waack, co-chair of the Intellectual Property & Technology practice group at Bass, Berry & Sims, the investigation could potentially determine steps US companies can take to prevent IP theft while producing goods in China. The investigation will also look at the potential impact on companies already in China or looking to expand to China, as well as looking at what steps China has taken or could take to combat IP theft.

A Step to Protect Innovation

The goal of this first step is to identify whether China is doing enough to curb IP theft. “The Trump Administration is taking a strong move to protect American IP. This is coming from campaign promises,” Waack told Design News. “The administration has asked the US Trade Representative to consider infringement and theft that undermine US innovation.”

While China insists it is moving against IP theft and counterfeiting within its borders, US companies claim China’s efforts have not been effective. “China has taken steps to improve its IP system and enforce IP rights. However, it’s still considered a significant problem,” said Waack. “The IP commission report estimates the impact on the US economy from trade secrets is at least $225 billion and could be as high at $600 billion.”

The First Step Could Take a Year

While the first step may not be immediately threatening to China, if the initiative moves beyond the first step, the consequences could be large. “This is a first step toward conducting an investigation. It may take a year to complete,” said Waack. “One of the most interesting things to consider is whether this could lead to action under 301 of the US Trade Act of 1974. That would lead to tariffs on goods imported to the US. But we’re not there yet.”

The move by the Trump Administration is the first effort we’ve seen toward potential unilateral action against China’s trade behavior. “There have not been moves like this in the past. In the mid-1990s, the World Trade Forum was formed, and that’s where trade issues can be brought forth,” said Waack. “But the Trump Administration is not limiting its investigation to the World Trade Forum. They’re going to take a path that could lead to unilateral actions. If that happens, it would be viewed as a strong action again China’s trade practices.”

Soon after the memorandum was released, China commented on the issue. “Within a day or two of Trump Administration releasing this statement, China spoke on the issue,” said Waack. “They recognized a government should put the interests of its people first, but economies work on an interrelated system, and China would not support the US going forward with 301. China does not want the US imposing restrictions on its trade practices.”

If the investigation leads to actions, and if those actions lead to tariffs, the costs would ultimately hit consumers. “If we impose tariffs on goods coming into the US, that’s going to cause friction. Some ask whether this is a good idea at a time when we want to work with China to curb the nuclear threats,” said Waack. “Plus, there is a potential cost impact on US businesses that trade in Chinese goods, and that cost would be passed on to US consumers.”

While the investigation is a soft first step, it could ultimately lead to severe actions, especially given Trump’s strong rhetoric on the issue. “At this point, the Trump Administration has asked the US Trade Representative to investigate China’s trade policies to see if they would recommend an action under 301,” said Waack. “Trump’s language on this was pretty strong. He said the US Trade Representative is empowered to investigate all trade options.”