Home>Electronics
Recent
Electronics
3 Days of Space Tech and Smart Robots at Virtual Engineering Days
May 18, 2021
Advances in Catheter Manufacturing
May 18, 2021
The 2021 State of Manufacturing Report: Swift Moves to a Digital Future
May 18, 2021
NVIDIA Omniverse Brings BMW a 30 Percent Boost in Production Planning Efficiency
May 18, 2021
How Artificial Plants Are a Sunlight-Powered Hydrogen Fuel Cell Game Changer
May 17, 2021
Why is Clock Jitter a Big Deal as PCIe 5 Gen Moves Into the Modern Data Center?
May 17, 2021
Individually, These Robots Are Dumb. But When They Work Together? Awesome!
May 17, 2021
Want a Job? Here Are 21 Hot Engineering Gigs for 2021
May 17, 2021 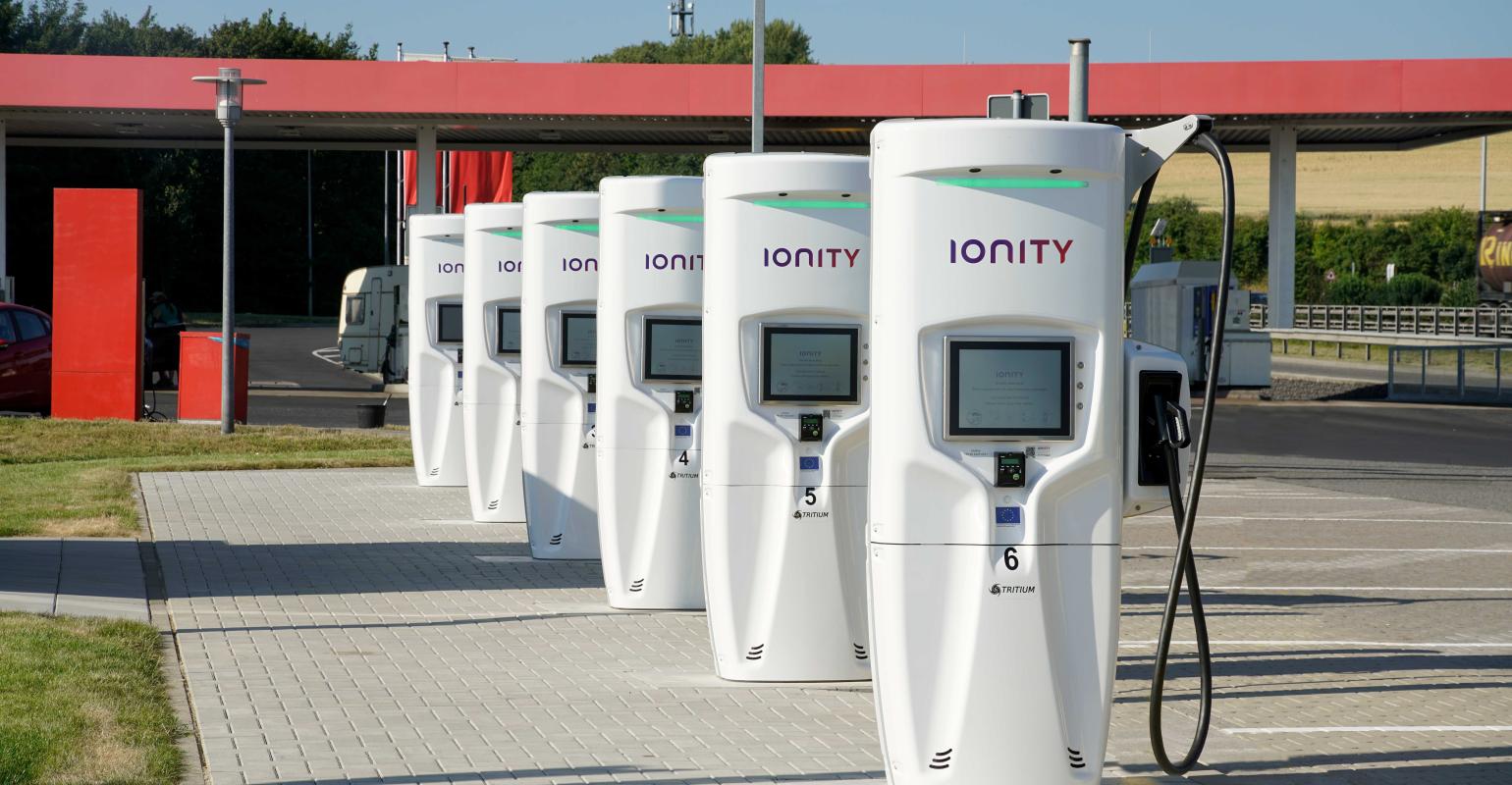 From solar racing cars to deep sea challenges, this fast-charging Australian company continues to push the limits of EV technology.

The Australia-based Tritium company—developer and manufacturer of the award-winning range of Veefil fast chargers for electric vehicles—was born on the starting line of the 1999 World Solar Challenge. The Challenge is a landmark biennial race for solar-powered vehicles that crosses the Australian outback, covering 1,864 miles of bone-dry, scorching desert in around four days.

In the 1999 event, three undergraduate engineering students at the University of Queensland in Brisbane were competing as the SunShark team, pitting the motor inverter they had developed on a shoestring against technology from some of the world’s premier car makers. A third place finish in the grueling event proved to the young engineers that they might just have a product upon which they could build a business. Two years later, David Finn, Paul Semia, and James Kennedy took what they had learned from solar racing and formed Tritium, operating as a micro-business and selling the Gold Controller, the inverter product which was used in the SunShark.

What Would Be Next?

“We knew we wanted to start a business having something to do with high-power electronics, because of what we had done on the solar car,” James Kennedy, Tritium’s engineering director and cofounder, told Design News. “We weren’t exactly sure what we wanted to do, but we had the one motor controller that we had built for our car—that one product was enough to start a business and we grew from there.” During that period of time, there were almost no commercially available electric vehicles. Most battery-powered vehicles were being built by hobbyists and dreamers. “Our initial market was literally just selling to solar car teams, which are nearly all university teams worldwide. It’s a tiny market,” said Kennedy. During the first few years, Tritium was a part-time venture, as Kennedy had a day job at another company, and his partners Finn and Semia were both pursuing PhD degrees.

Eventually, Kennedy quit his job to begin working for Tritium full time, and the company began building high-power inverters for individuals and small companies that were converting gasoline and diesel cars into electric drive. “It was a tiny market, but we were selling worldwide—that’s one of the key things,” said Kennedy. “Right from the beginning with Tritium, our main markets were outside of Australia. We were probably selling 20 or 30 motor controllers a year—probably 90 to 95 percent of them were outside Australia,” Kennedy told us. “We got quite good early on at supporting this high-tech equipment remotely, via phone calls and email. We were a tiny company, we didn’t have the budget to go flying all around the planet, so we got good at diagnosing problems and writing out software, working with customers.” That early experience at remote customer service was very helpful as the company began to grow.

“We saw the electric vehicle market starting to take off. Although a motor controller and a fast charger appear to be two very different things, from an electronics view, they are very similar,” said Kennedy. “The motor controllers we did are three-phase motor drives—they take DC (direct current) in from the battery pack, and put out three-phase AC (alternating current) out to run the motor. But they can run in reverse too,” he said. The fast charger that Tritium developed pulls three-phase AC from the utility grid and puts DC into the car’s battery. “The guts of our motor controller is the same as our fast charger. It is literally the same electronics, just running different software that makes it operate in a different mode,” he told us.

Tritium was timely and successful with its DC fast charger. It now has several thousand chargers deployed worldwide, all with 3G or 4G modems that allow data to be collected from each charger while enabling remote diagnostics and updates to be performed. As charging has gone from just a few kilowatts up to a hundred kilowatts or more, Tritium’s experience with high-power electronics has made it a significant player. “The higher the power, the more it has to be DC charging,” said Kennedy. “We are not using any on-board charging in the vehicles at those power levels, and we see higher and higher (charging) power levels as a key enabler of electric vehicles. With larger battery packs and longer ranges, we are looking at high power charging with power levels up to 350 kilowatts,” he said.

Tritium has become a major supplier of fast chargers to US charging infrastructure company ChargePoint, a company that has predicted that it will have installed 2.5 million electric vehicle (EV) charges worldwide by 2025. ChargePoint currently has 50,000 total charging spots (892 of which are DC fast chargers) throughout North America and Canada, Europe, Australia and New Zealand, and Israel. So growth will be significant.

In Europe, the Ionity Network has chosen Tritium as its technology partner in the establishment of 100 high-power charging sites across Germany, France, UK, Norway, and Sweden. The dedicated electric vehicle (EV) charging stations will be capable of charging up to six vehicles—each charger delivering 350 kW of power for fast charging of EVs. The chargers will be equipped with the Combined Charging System (CCS) used by an increasingly wide range of vehicle manufacturers. The initial 100 charging sites is part of a 400 site rollout by the Ionity Network.

The majority of Tritium’s chargers are built at a plant in Brisbane, Australia (a small number are built in the US). “We looked at manufacturing in China and, in fact, made a small batch there to evaluate it,” said Kennedy. “But in reality, the main cost in a charging system is the parts, not the labor, so manufacturing in a low-cost labor country doesn’t necessarily save us much money.”

Off on an Adventure

Although the bread and butter of the Australian company has become commercial-grade fast charging systems, Tritium has not forgotten its adventuresome roots. It still produces a tiny number of motor controllers for university solar race teams, used by the next generation of engineers who are competing in the World Solar Challenge race that gave Tritium its start. “If you looked at it from a hard-nosed financial point of view, there is no way you would do it. It’s an interesting market—it’s our roots and where we came from. It gives us a lot of interesting contacts. That’s the reason we stay in it—connections and also future staff. The sort of students who get involved in a difficult extracurricular project like designing and building a solar car at university tend to be the switched-on, self-motivated, highly talented engineers—we want to know those people! It’s well worth us being involved,” said Kennedy.

Kennedy has had an opportunity to use his unique skill set in interesting projects. For example, in 2012, when James Cameron’s DeepSea Challenge project (to solo dive 6.8 miles beneath the ocean’s surface, descending into the Mariana Trench) was having trouble with its batteries, Tritium got a call to help. “I went down for a one day consulting project and came back home four months later,” noted Kennedy. “I spent two months in Sydney, working on the submarine, and then I spent two months at sea on the ship. It was the experience of a lifetime—the absolute definition of an adventure,” Kennedy told Design News.

Obviously, James Kennedy is bullish on the future of electrification. Beyond his own Tesla S, he notes that electric vehicles “…are just fun to drive. I think that’s really the thing that’s driving electric vehicle adoption. Once you have driven one, you are never going to drive another petrol car!” he said. Tritium is moving to make EVs even more usable. “It should not be underestimated what a game-changer this high power charging will be. They are not available yet, but in the next year or two, once vehicles are available that can accept this charge rate,  you’ll be talking about a 250 mile charge in under ten minutes. It’s almost at the speed of pulling into a gas station to fill your car up. At that point, long distance (EV) travel has no barriers.”