The Search for the Next Super Material 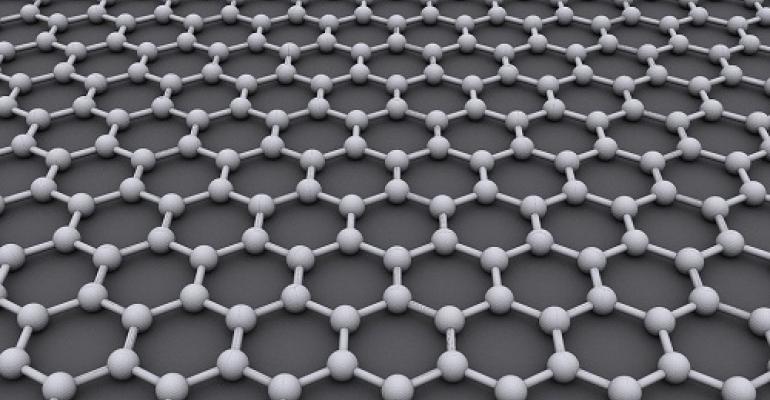 Graphene was considered important enough that its inventors received a Nobel Prize. Now the search is on for other 2D wonder materials.

If you turn over a rock and find a gold nugget, you’re going to start turning over more rocks. Back in 2004, a gold nugget known as graphene was discovered in a lab where a sheet of carbon, one atom thick was produced. Graphene, hailed as a super material, was considered important enough that its inventors, Andre Geim and Konstantin Novoselov, received the Nobel Prize in Physics in 2010.

Materials this thin have since come to be known as 2D materials. While it has taken awhile, as scientists learn to make and use this material, for commercial applications to hit the market, there can be little doubt that graphene is going to become big business. Consider the range of basic properties that include extreme light weight, exceptional strength and electrical conductivity at potentially low cost. Add to this, biocompatibility, optical transparency, and selective permeability and you have a material juggernaut.

No wonder the search is on for other 2D wonder materials. These two-dimensional workhorses could become so important in the future, that the primary question one might ask of any new material is, “2D or not 2D?”

Mitch Jacoby is a PhD chemist who has studied 2D materials, written about them, and come up with a classification that divides them into five different groups. None of them are as far along in their development as graphene, so it’s difficult to say which one might be the next wonder material. In fact, some of these are so early-stage that they can’t yet be separated from the substrate upon which they are produced. Many though, have achieved freestanding status and considerably more. Let’s take a look at the groups.

The first are MXenes. These were discovered by Drexel scientists while developing improved anodes for Li-ion batteries. In simplified terms, they are electrically conducting carbides and nitrides. Jacoby describes them as, “electrically conductive, strong, flexible, and durable—ideal properties for electrodes in energy storage and wearable technology.” The Drexel team has demonstrated that MXenes can also serve as lightweight, inexpensive shielding materials to protect cell phones and other devices from electromagnetic interference. Until recently, MXenes could only be produced as powders. Now they can be made into thin, flexible films.

Next are the Xenes.  These are elements other than carbon, that can potentially be made into a single layer.  These include Boron, Silicon, Phosphorus, Germanium, and Tin (B, Si, P, Ge, and Sn). In 2D form they get “-ene” appended as a suffix.  According to Jacoby, “These materials, which include borophene, silicene, phosphorene, germanene, and stanene, all share a buckled or corrugated shape—unlike graphene’s flat sheets—and sport atoms arranged in a honeycomb lattice. Silicene, phosphorene, and borophene are the most studied of the family.” Silicene, unlike graphene, has a band gap and is most studied for fast electronics. Phosphorene has excellent electrical characteristics too, but it degrades in air unless protected. Several of these, including borophene have potential for energy storage.

Organic 2D materials are differentiated from graphene in that they are made from carbon compounds. These are generally derived from covalent organic frameworks, or metal-organic frameworks. This category will include tremendous diversity by virtue of the universe of incorporated polymers. Promising applications include nanoporous filters and membranes, as well as biosensors and optoelectronic devices.

The next group are transition metal dichalcogenides. Examples such as molybdenum disulfide and tungsten disulfide have been shown to be useful in producing fast transistors, and have been incorporated into complex integrated circuits. However, producing these is laborious and slow. Recently, a three-atom thick version has been produced more efficiently using chemical vapor deposition.

Finally, there is the group that Jacoby calls Nitrides. These are distinct from the nitrides that are included in the MXenes because instead of being made from transition metals, they are made from calcium, gallium, or boron. While calcium nitride’s high conductivity is being explored for battery applications, boron nitride shows promise as an insulator for transparent, high-speed, flexible electronics.

So, the search continues. While there is no clear frontrunner, a number of promising candidates are being studied. The biggest opportunity is likely to lie not in surpassing graphene, but to complement it in applications such as semi-conductors or insulators, as a number of these appear to be innately better suited due to their band gaps. All, or mostly all of these candidates, are made from abundant materials, so cost won’t necessarily be a concern.