HomeElectronicsScientists Learn More About what Makes Batteries Fail
Recent
Electronics
Mercedes-Benz Sustaineer Concept Electric Van Scrubs the Air While it Drives
Oct 28, 2021
Spooky Halloween Tech Is Here. Just Look at These Doozies
Oct 27, 2021
Halloween? What a Perfect Time to Think About Generating Electricity From Blood!
Oct 27, 2021
Ghosts of Medtech: What Ever Happened to These 7 Medical Devices?
Oct 27, 2021
POLL
How to Survive a Zombie Apocalypse
Oct 27, 2021
America's Supply Chain Crisis by the Numbers
Oct 27, 2021
Want Scary Stuff for Halloween? Check out the Tech for 2021
Oct 27, 2021
How Apple Influenced Medical Packaging
Oct 27, 2021 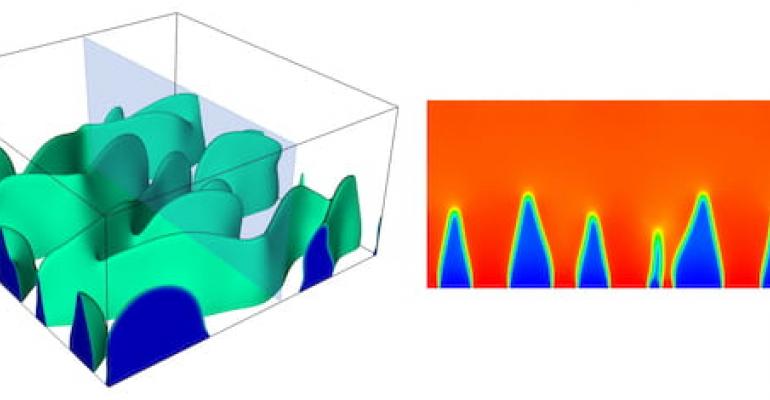 While adding defects to batteries makes them perform better, too many can cause instability, Rice University scientists discovered.

Rice University researchers have extended recent work that shows how defects can actually improve the performance of lithium-ion batteries, demonstrating how too much stress in cathodes used in these new battery designs can lead to cracks and device instability.

The work—led by Rice materials scientist Ming Tang, who worked with Rice graduate student Kaiqi Yang—further advances research on how to build batteries in the future that have optimal performance without degrading rapidly.

New simulations conducted by Tang and Yang show that while their previous work can indeed make batteries charge more rapidly, this fast charge-and-discharge cycle can degrade their performance and endurance.

Specifically, their experiments found that under the pressure of rapid charging and discharging, cathodes that they created with intentional defects—which actually serve to improve performance—become unstable and become susceptible to fracture, researchers found. “The conventional picture is that lithium moves uniformly into the cathode, with a lithium-rich region that expands smoothly into the cathode’s center,” Tang, an assistant professor of materials science and nanoengineering, explained.

However, after examining X-ray images of the cathode researchers found the scenario happening in the battery is something quite different, he said. Researchers found “a fingerlike boundary between the lithium-rich and lithium-poor regions, almost like when you inject water into oil,” Tang said.

In their recent work, he and Yang set out to find the root cause of reason why the lithium does not spread evenly in the cathode. What they discovered is that the problem seems to be that stress destabilizes the initially flat boundary and causes it to become wavy.

This change in boundary shape only makes the stress level worse, triggering crack formation, researchers said. Moreover, the reason for the increase in instability is the antisites—or spots iron atoms occupy spots in the crystal where lithium atoms should be—that they themselves created in the battery, Tang said.

“Antisites can be a good thing, as we showed in the last paper, because they accelerate the lithium intercalation kinetics,” he said. “But here we show a countereffect: Too many antisites in the particles encourage the moving interface to become unstable and therefore generate more stress.”

The team published a paper on their work in the Journal of Materials Chemistry A.

Researchers believe that a positive outcome from this latest work is that it demonstrates that while antisites can be used to improve battery performance, less is more if scientists don’t want the battery to degrade rapidly. In other words, researchers can add defects, but only enough to enhance performance, not so many that the battery becomes unstable. “You want to have a suitable level of defects, and it will require some trial and error to figure out how to reach the right amount through annealing the particles,” Tang said. “We think our new predictions might be useful to experimentalists.”