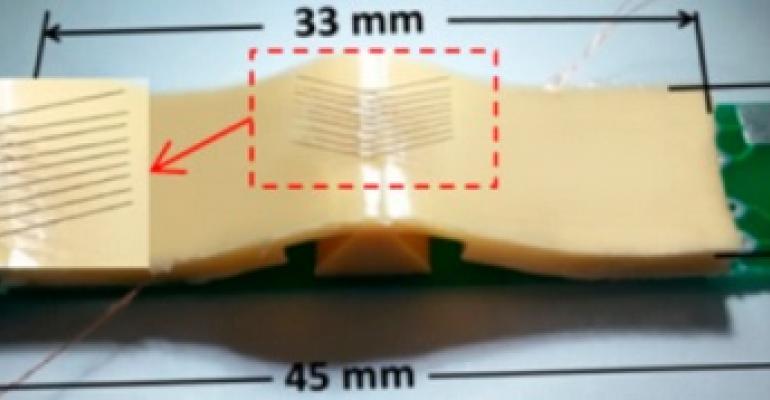 These typical can range up to $1300, depending on when the pass is purchased.

These days we are seeing tremendous progress in robotics, as these machines take on more and more tasks that we once assumed to be the province of skilled humans alone. And while industrial robots that can weld steel and lift heavy objects have dominated the scene, more and more delicate tasks are now finding their way into robotic hands, as well.

Soft actuators can now be found like the squishy gripper developed at MIT, which has been used to catch fish, but is ultimately destined to be used as a surgical assistant. The device is made from biocompatible hydrogels.

Researchers Jian Zhang and Lifeng Hao at Harbin University in China were also thinking of medical applications when they developed a multifunctional tactile sensor modeled after human skin. The fine hairs that cover our bodies increase our skin’s sensitivity by picking up very slight sensation like a gentle breeze or a very light contact. Their sensor, meant to resemble a patch of skin using tiny wires to mimic the function of hairs. The wires have a core radius of 24 μ m and a 5 μ m thick glass insulation layer that makes them quite rugged. Cobalt was selected for its combination of excellent mechanical and magnetic properties.

The patch contains two arrays of 10 wires each. The wires, being built of cobalt fibers are ferromagnetic.

The ferromagnetic material is the key element of the sensor, which works as the transducer to convert the force applied to readable signal. Copper coils placed at the base of each array provide both excitation and magnetic induction.
Hao says that the sensing phenomenon has its roots in the Barkhausen effect, a phenomenon in which a ferrous material, in the presence of a magnetic field, becomes magnetized incrementally, giving off induced currents as magnetic domains change size. From a circuit point view, the sensor resembles two mutual inductance coils with the pair of the microwire arrays as the inner core.

The wire sensors exhibit a wide force sensing range due to a non-linear effect that they call “self-tunable effective compliance.”

According to Hao, “Self-tunable effective compliance means the modulus of the sensor will change with respect to the applied force. As a result, the deformations generated from the same variation of the load force are large for small loading and small for large one. This is critical for a single sensor to possess a large detection range and to keep a high sensitivity for tiny loading at the same time. For our sensor, this is achieved by integrating two kinds of sensor--the hair and the skin together.”

This non-linear actuation allowed the sensors to respond effectively to everything from a landing fly, a light wind, the soft touch of a tissue, and a 10-pound weight. The sensor wires, when deflected, could also distinguish between contact with soft rubber, plastic, ceramic, and glass.

The inventors envision this “skin” being integrated into robotic arms to give disabled individuals “the capability to feel a complex environment and handle things more easily.”