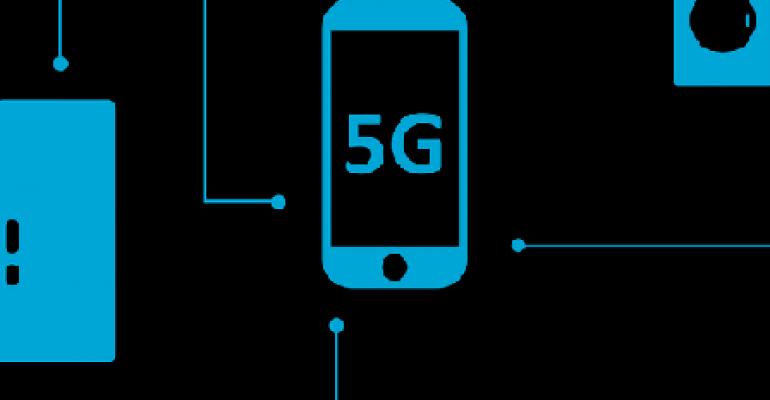 Before we get to already-anticipated 6G, this coming year will see all eyes on 5G, which is only just starting to emerge from R&D labs, and will continue to develop and get implemented over the next half a decade.

There’s no denying the dramatic ways in which mobile and wireless computing have changed the world; whether in how people work, learn, play or socialize. Many can’t get through a productive day without mobile connectivity, and yet, technologically, we’re still at the very earliest stages of “continuous computing” or “ubiquitous connectivity” or any of the plethora of monikers used to describe our always-on, always-connected future.

Our mobile potential, from smart cities to connected infrastructure, wearable computers, autonomous driving, seamless virtual and augmented reality, AI, Internet of Machines and Things, and much more, is still very much untapped, and it’s only by looking ahead to 5G and 6G (and even 7G with space roaming), that we get a glimpse of what may be possible in the next 10 to 50 years. 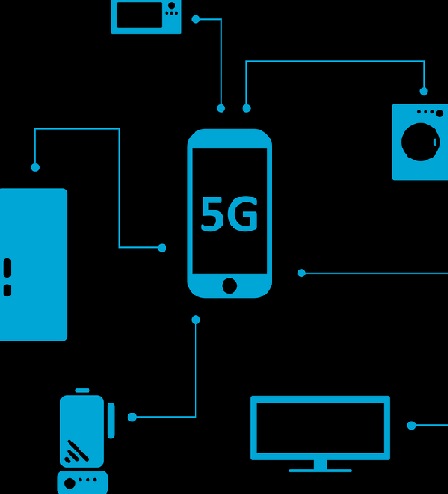 This coming year, all eyes are on 5G, which is only just starting to emerge from R&D labs, and will continue to develop and get implemented over the next half a decade, first, in conjunction with 4G LTE, tightly integrated and co-existing with that technology until 5G finds and solidifies its own footing, gradually superseding it as 6G prepares for its own experimental launch in the later 2020s. Then the cycle will repeat, with experimental 6G launches working at first in conjunction with 5G and then eventually supplanting it.

Some operators are already ambitiously deploying pre-standard 5G trials this coming year, and word on the wire is that initial standards-based networks could be deployed as early as 2019.

LTE, however, has not simply sat back on its aging laurels and remained static over the past year. Borrowing from many of the upcoming advancements in technology, LTE, too, has improved and advanced through things like carrier aggregation, in which operators have learned to better harness spectrum and squeeze out more capacity and performance. Some have even successfully experimented with operating LTE in previously unused and unlicensed spectrum bands.

While LTE continues to mature, the industry is still excitedly chipping away at getting 5G up and out the door, with many excited not only due to the bump in speed 5G will have over its predecessor (1-10Gbps) but the improvements in latency, providing a wider pipeline with faster lanes. 5G bandwidth, for instance, is said to be around 1,000x bandwidth per unit area.

5G is also a more unified platform thought to be more capable than 4G, while making better use of spectrum and having more capacity.

Experts say the technology will boast an Open Wireless Architecture(OWA), and be able to maintain a virtual multi-wireless network. For this to work, the network layer is sub-divided into two layers; the upper network layer for mobile terminals and the lower network layer for the interface. Routing will be based on IP addresses which would be different in each IP network worldwide.

In 5G technology higher bit rate losses are overcome using Open Transport Protocol (OTP), supported by a Transport and Session layer. The application layer is for quality of service management over various different types of networks.

“Some of the 5G chips now have embedded antennas,” said Jose Moreira, a senior engineer at Advantest who will be speaking at DesignCon this month. Moreira said that this, of course, means traditional testing methods for these chips no longer applies, though naturally, semiconductor companies still want to find low cost and efficient ways to test them before they are shipped to be implemented on cell phones or play stations.

“At the moment there are still no solutions, those will take a couple of years, so we’re still testing different options,” he added.

As 5G mm Wave technology and massive MIMO and beamforming become commoditized, the technology will start getting used as a decent alternative to fixed-access technologies like coaxial, DSL, and even fiber connections in some regions. This should have quite an impact on the broadband industry, and may even cause fixed and mobile broadband services to converge in some areas, hopefully to the advantage of consumers.

Other areas that will be impacted by 5G include manufacturing, healthcare, media and entertainment, financial services, public safety, automotive, public transport, and energy utilities. 5G will also cater to a wide variety of machine applications, addressing low-cost, long battery life, long communications range, and a wide variety of throughputs.

5G’s main advantage is its flexibility, being able to scale up and down dynamically as needed. While that sounds obvious and much needed, it’s no small technical shakes, and experts agree that it poses something of a challenge.

“It puts a lot of stress on the RF system,” said Michael Thompson, RF Solutions Architect at Cadence Design Systems. “My team has to come up with more creative ways to control that system to make sure it’s operating in the most efficient way, whether it’s doing a little bit of voice data or massive binary data, I have to be able to adapt the RF system to make sure it’s running efficiently because no one wants their battery to run down. We want the system to operate within the specifications over very dynamic conditions and still be very efficient, inexpensive, producible, reliable, and all these things are just magnified by the needs of a 5G system.”

The flexibility in Frequency for 5G goes from 3 to 300 GHz, and it can also switch between multiplexing and access technologies CDMA and BDMA. The standards it’s compatible with include IP broadband LAN/W AN/PAN & WWWW, and its ultra high speed, with gigabit data rates, high quality coverage and multi spectrum use for near real-time performance.

In the Internet of things (IoT) or Machine to Machine (M2M) space, 5G will be able to support 100 times more connected devices, achieve deep indoor coverage and have improved signaling efficiency, all at a 90% reduction in network energy usage, which also makes it cheaper to operate.

“Of course the market expects very fast time to markets and everyone wants to be the first to get these chips,” said Moreira, adding that big companies like Samsung and Apple would be pushing their engineers hard to solve any remaining challenges. “The industry is investing a huge amount of resources into being able to solve these 5G challenges, and the chips are already coming out. In Korea engineers are working really hard to have 5G up and running in time for the Winter Olympics, so new infrastructure is already going up and companies are already testing several different techniques to make it all work.”

Meanwhile, the Middle East and North Africa is also pioneering the 5G path and are both poised to be the first to launch commercial 5G networks, according to the GSMA. In the US, Verizon recently announced it would roll out 5G service in 11 US cities by midyear 2018, AT&T said it would deliver its DirectTV Now video service over 5G to a limited number of customers in Austin, Texas, and T-Mobile intends to make 5G a high-speed pipe for VR video.

The GSMA is also predicting that by 2035, 5G will enable more than $12 trillion in global economic revenue, and support 22 million jobs worldwide.

Meanwhile, 6G, which is still estimated to be at least a decade away, will likely form the basis for the ever-elusive dream of cheap, fast internet for the whole world, with wireless speeds up to 11Gbps, and the ability to tap satellite communication networks with specially designed Nano Antennas.

Right now, the list of potential applications for 6G sounds decidedly Sci-Fi in scope. Things like “home based ATM machines” are the most normal in lists that also boast “mind to mind communication” and “sea to space communication for world defense.”

What is true, is that 6G will likely explore and include relevant technologies that will be left out from 5G, and users a decade from now will likely have even higher demands for greater global coverage, higher capacities and always-on connectivity for new and future internet services and applications.

Jack Gold, president and principle analyst at J.Gold Associates, LLC, said that while many concentrate on the “speed” component of 5G (and beyond), the real benefits may well be “the ability to provide much more reliable connections over a much wider area and into buildings where current systems tend to fail.”

Further, he noted, the ability to “stratify” networks through SDN/NFV means operators will be able to deliver just the right amount of speed and latency for a specific task – something they can’t do very well today. “Use/user diversity will be a much more important component of network operations going forward with such a variety of needs and the next gen networks will be able to reliably and cost effectively offer needed services,” he concluded.