Fuel Cells Set Out to Disrupt the World—By Starting Small 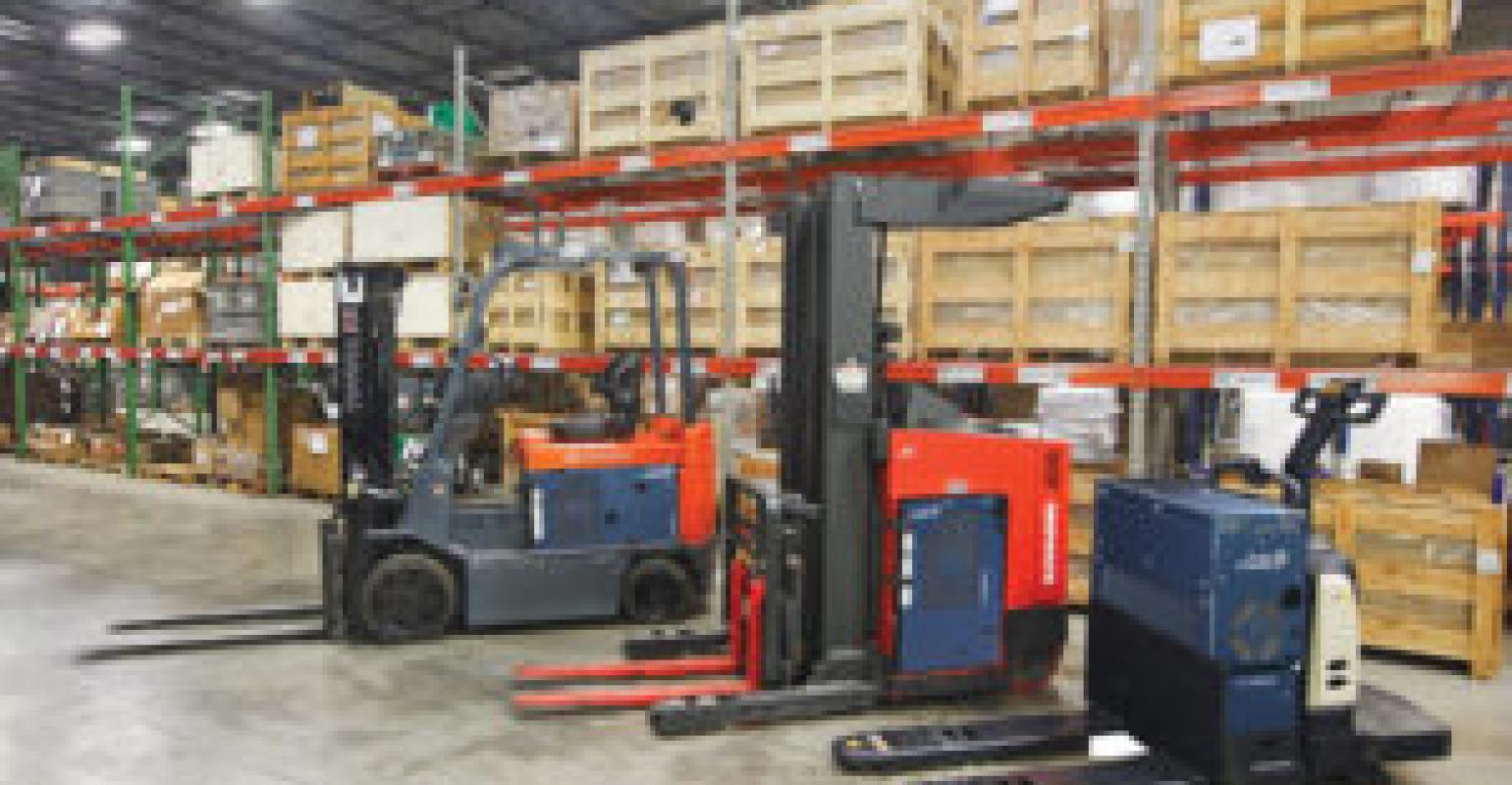 Disrupting the status quo is hard. From the 1990s onward, the idea that hydrogen fuel cells would play an important role in the future of the automobile has been compelling. Fuel cells generate electricity by combining compressed hydrogen gas with oxygen from the atmosphere. Aside from electricity, the only other emissions are heat and water vapor.

The electricity created from a fuel cell can be used to power an electric motor drive—the same type used by battery electric vehicles. Except a fuel cell’s high-pressure hydrogen tank can be filled in a few minutes instead of the hours it can take to recharge a battery.

So why aren’t we all driving fuel cell vehicles? The first reason is a lack of any significant numbers of public hydrogen refueling stations. Only a handful exist, and many of them are located in the Los Angeles area. Hydrogen is tricky to transport because the small size of the hydrogen molecule allows it to escape through seals and gaskets. It is difficult to store and to carry sufficient amounts of hydrogen to provide enough energy to produce an acceptable road vehicle range requires tanks that can withstand pressures of up to 700 bar (10,000 psi). In addition, almost all industrial hydrogen production today comes from steam reformation of natural gas, which produces carbon dioxide emissions.

Then there is cost. A modern proton exchange membrane (PEM) fuel cell uses platinum as a catalyst at the anode to split hydrogen gas into positively charge hydrogen ions (protons) and negatively charged electrons. The PEM allows only the protons to travel through the fuel cell to the cathode—the electrons travel through an external path which creates an electric current that is used to power electrical motors and other devices. At the cathode, a catalyst (also platinum) helps the protons and electrons combine with oxygen from the atmosphere to produce water vapor and heat. A number of fuel cells can be put together to create a stack with the desired voltage output. Fuel cells have overall efficiencies (including producing, compression and transporting hydrogen and the fuel cell itself) of between 40-60%. This is better than the 20-30% efficiency of a gasoline engine, but less than the 80% efficiency of a battery electric vehicle.

The cost of platinum has been a major roadblock to the acceptance of fuel cells for transportation, the big push in recent years has been to find ways to reduce the amount of the expensive metal that is required to produce electricity. The Nisshinbo Group in Japan has developed a Non-Precious Metal Catalyst (NPMC) using carbon and this has been incorporated by Canadian fuel cell company Ballard to create the world’s first NPMC-based commercially available fuel cell for sale at the end of 2017.

“NPMC-based stacks represent a step-change in PEM fuel cell technology by dramatically reducing the amount of platinum that is needed. And, as platinum currently contributes 10 to 15% of the cost of a fuel stack, NPMC technology offers the potential for meaningful cost savings,” said Dr. Kevin Colbow, Ballard’s VP of technology and product development in a press release announcing a collaboration with Nisshinbo to develop NPMC-based fuel cells for forklift applications.

Why forklifts? If you want to disrupt an established technology, it is easier if you can pick some low-hanging fruit. Hydrogen powered buses and limited-production runs of fuel cell automobiles have shown the proof-of-concept, but numbers have been limited. The use of hydrogen fuel cells as a direct replacement for lead-acid batteries in electric fork-lifts, however, has become a viable business venture, particularly for a U.S company called Plug Power Inc.

“Plug Power has sold 28,000 forklifts, that are fuel cell powered, which is just short of incredible,” Pat Valente, executive director of the Ohio Fuel Cell Coalition told Design News. Hydrogen fuel cell powered fork lifts, with no harmful emissions, can be used inside a building. Unlike lead-acid battery powered forklifts whose performance decreases as the battery state of charge reduces, Plug Power’s GenDrive fuel cells maintain constant power independent of how much fuel is in the tank. They operate at low temperatures and can be refueled quickly from on-site hydrogen storage tanks and refueling stations. Ballard and Nisshinbo are pushing NPMC-based fuel cells to the next phase.

“Our goal for this multi-year Technology Solutions program is to expand the serviceable addressable market for fuel cell-powered forklifts and accelerate market adoption through the commercialization of leading air-cooled and liquid-cooled fuel cell stacks that deliver against market requirements at the lowest possible cost,” said Ballard’s  Colbow.

Will fuel cells ever disrupt the general transportation system by finding their way in large numbers onto American roadways? Maybe it won’t matter as long as they continue to find applications that play to their strengths.