Boston Dynamics Will Finally Sell a Robot. But Who Will Buy It? 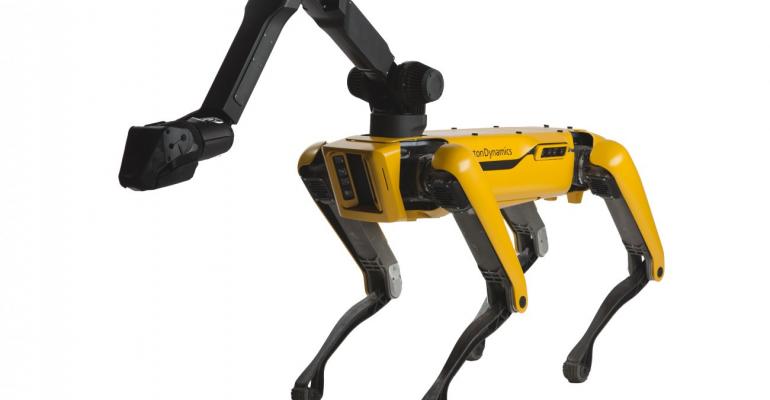 Boston Dynamics has said it will be releasing a commercial version of its dog-like robot, Spot, by the end of year. But will industries embrace it?

When Boston Dynamics made a recent appearance to demo their dog-like robot, Spot, at the 2019 Embedded Systems Conference (ESC) in Boston, the most asked question among the audience was when customers would be able to get their hands on Spot (or on any of the company's humanoid or animal-like robots).

While Boston Dynamics has always kept mum about its plans for a product release, company CEO Marc Raibert finally let some details slip in a recent interview with The Verge, coming out of Amazon's Re:MARS conference in Las Vegas. During conference, which focuses on AI and machine learning technologies, Raibert said the company is looking to launch a commercial version of Spot “certainly before the end of the year.”

He told The Verge that the robot is currently being tested in proof-of-concept use cases – primarily in packaging, construction, and surveying. “There’s a remarkable number of construction companies we’re talking to,” Raibert said. “But we have some other applications that are very promising — [including] in hostile environments where the cost of having people there is high.” No pricing information was disclosed, but Raibert said the company is aiming to manufacture about 1,000 Spot units per year.

At this stage, Boston Dynamics is best known for its YouTube videos displaying its robots performing any number of impressive feats from autonomously navigating spaces (even opening and closing doors), to pulling trucks, and even performing gymnastic tricks. The quality of its robots has made the company synonymous with memes and jokes regarding the impending robot apocalypse.

There's no question Boston Dynamics' machines can do some amazing things. The bigger question, and one that has yet to be answered, is if the robots will find a home in any particular use cases or industries.

For its part, Boston Dynamics seems primarily focused on applying its robots to warehousing applications. Many of the company's demos feature robots handling packages of various weight and navigating complex warehouse spaces. The company touts its robots for what it calls “athletic intelligence” and their ability to be customized for various tasks. Spot, for example, can be outfitted with a robot arm for grabbing and manipulated objects and can have 3D cameras added to it, allowing it to map spaces such as warehouses and construction sites.

When Spot is finally released, the company will likely be marketing it less as a single-use machine and more as a platform that can be customized to your needs. In a report from Quartz, also from the Re:Mars conference, Raibert is said to have also floated the possibilities of Spot being used in entertainment. A video shown to the Re:Mars audience reportedly featured four Spots playing a game trying to steal a ball from each other. Raibert suggested Spot could be used in a “network game with physical actors,” basically allowing remote players to control Spot ala BattleBots. There were also reports that Spot is being beta tested for use on playgrounds.

In addition to Spot, Boston Dynamics also manufactures several other robots – most notably Atlas – a humanoid robot noted for its dynamic movement ability, and Handle – a box-handling robot for logistics applications. That Boston Dynamics would choose to make Spot available before some of it's more single-purpose warehousing robots is likely telling of the company's larger ambitions.