You might be familiar with Nest, the startup was a Kickstarter darling in 2011 with its Smart Thermostat -- an Internet-connected thermostat that learns your schedule and can be programmed remotely via smartphone. The gadget was a critical success and Nest soon followed up with others made either in-house or via acquisition, including a smart smoke detector. The company's vision was straightforward –- a world where all of the appliances in your home are enhanced by Internet of Things (IoT) connectivity. Google even got behind the company, acquiring it to the tune of $3.2 billion in 2014. 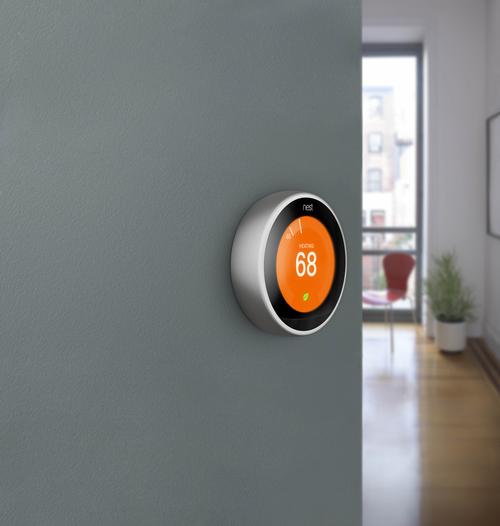 But since then Nest's promises, and those of consumer IoT in general, haven't bared much fruit.

In an article for Vox.com writer Timothy B. Lee profiles a company in peril not only from poor leadership, but from the lack of market forces driving consumer IoT. Lee's original thinking was that products like Nest's Smart Thermostat would hail the next revolution in computing, but that just hasn't happened.

...Wifi-connected lightbulbs, thermostats, crock pots, and smoke detectors have been on the market for several years now, and they don't seem to be generating anything like the level of enthusiasm or market demand that smartphones and PCs did in previous generations.

And Lee isn't alone. A recent article on Wired.com raised concerns over the reliability of Nest's cloud-based services and questioned the company's commitment to its products in the face of its recent shutdown of the Revolv smart home hub for controlling your home IoT devices.

But Nest may only be the first company to be hit in the face with a harsh reality of IoT: What if no one wants it? Is the added connectivity so much of a convenience that customers are willing to pay a premium price for a product? If my normal fridge, washing machine, lightbulb, or thermostat works fine, do I really need an Internet-connected one, especially when it's going to require me to spend more time engaging with a device whose whole point is that I only need to pay a minimal amount of attention to it?

What companies like Nest seem to be forgetting is that no matter how cool it will seem to connect a device to your WiFi it will never overshadow the core competency of that device. People want lights to make their rooms bright. How many really care if they can adjust the lights with their iPhone?

Of course the technology will continue to move forward, but Lee wonders if in doing so implementing IoT functionality will become so convenient as to make companies like Nest unnecessary.

Eventually, wireless chips will become cheap enough that non-technology manufacturers can incorporate them into their products without significantly increasing the sale price -- much in the way that small digital clocks are now routinely incorporated into toasters, microwaves, and other appliances ... But that might not leave much room for a company like Nest ... People may only start buying these devices en masse when they become so cheap and user-friendly that customers don't have to think about the connected features.

Maybe our homes will become more connected whether we like it or not. But even if consumer IoT survives progress can it survive as a business model on its own?

How do you feel about consumer IoT? Does it have a place or will it be a passing fad? Let us know your opinion in the comments!

Read the full article on Vox:
Nest was supposed to lead the next computing revolution. It's looking like a bust. | Vox

END_OF_DOCUMENT_TOKEN_TO_BE_REPLACED

Please wait a moment while we find a poll.
END_OF_DOCUMENT_TOKEN_TO_BE_REPLACED