The Maker Community Is Going High-Tech with FPGAs

Lower cost and greater simplicity are combining to bring the FPGA to a new class of users -- the DIY community.

The powerful but complex field programmable gate array (FPGA), long considered a tool for the technical elite, is unexpectedly finding new popularity in the non-elite world of the maker community.

Increasingly, suppliers are marketing devices and software to make the FPGA’s tricky implementation more accessible to the masses. New development kits and boards are rolling out, simplifying the complex FPGA programming process and attracting a more technically literate class of “makers.” 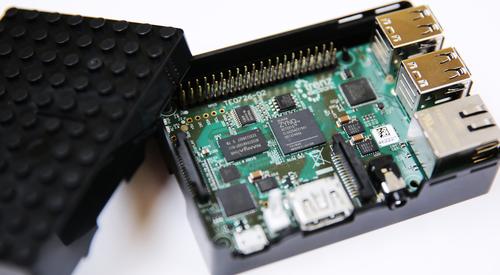 “We’re seeing professional engineers -- graduates with master’s degrees and four or five years experience in industry,” Mark Jensen, corporate software strategy and marketing director for Xilinx, Inc., told Design News. “They call themselves Pro Makers. And they see that they can use FPGAs to build programmable robots and drones, then get crowd source funding, and create their own grassroots businesses out of it.”

The result is an odd convergence: a new class of makers, maybe not formally educated in FPGA programming, but smart enough to apply the new breed of simpler development kits in ways that no one has up to now. Some of the new makers are night owls, breathing life into their ideas when they return from their nine-to-five engineering jobs. Others are students – electrical and mechanical engineers alike – learning the technology while they complete a senior project or master’s thesis. They’re building an unusual assortment of mechanized devices – from self-balancing bicycles to robots that run like cheetahs – and they’re using FPGAs for intelligence.

“Some of these projects use really complex non-linear control algorithms, so the developers have to use FPGAs to get the performance they need,” noted Ray Hsu, a section manager for academic programs at National Instruments. “The FPGA can be a great deployment target because it allows them to prototype their concepts. And they don’t need to create their own ASICs.”

That’s always been true of FPGAs, of course. As the name suggests, FPGAs are made up of logic blocks that can be configured by the customer or engineer, even after manufacturing has begun. As such, they’ve long offered advantages for designers, including the ability to quickly implement new concepts and boost computational performance.

But since bursting on the electronics scene about three decades ago, they’ve also gained a reputation for being finicky. “Not so long ago, we’d talk to customers, and they would like the idea of FPGA flexibility, but they were scared to death by the programming,” Jensen recalled.

In many cases, it didn’t matter if users were degreed electrical engineers, experts said. “Even engineers who spent a year or more with a microcontroller did not find FPGAs easy to use,” added Warren Miller, CEO of Wavefront Marketing, a consultant to the semiconductor industry.

That being the case, it stands to reason that the hobbyist-based maker community found FPGAs especially challenging. The maker community, which includes novice technicians building such devices as automated cat feeders and LED-based Halloween displays, traditionally steered clear of the technology.

Now, however, that’s beginning to change, thanks to a proliferation of easier-to-use products that offer substantially lower costs. Krtkl, Inc., for example, now offers a crowdfunded FPGA-based board called snickerdoodle, which also features an ARM Cortex-A9 processor, Wi-Fi and Bluetooth, starting at $55. Similarly, Enclustra GmbH markets its low-cost Qoobik, which features a Xilinx Zynq-7000 FPGA. Meanwhile, Trenz Electronic markets its ZynqBerry board that features a Zynq-7010 FPGA in a Raspberry Pi form factor. Other maker-type FPGA boards include MYIR Tech Ltd.’s Z-Turn , V3 Technology, Ltd.’s SNOWLeo and Diligent Inc.’s Arty Board. A growing number of those maker-targeted boards can be purchased for less than $100.

Such products represent a dramatic departure from the status quo. Traditionally FPGA-based system-on-module (so-called SOM) boards targeted at the industrial world were offered at prices ranging from $200 to $500 and up. Moreover, they were intended for a different class of user – one who may have had years of experience dealing with FPGAs.

“Now, the market is shifting toward to the maker-class products because they are open source and because the users can get the design resources they need,” Jensen told us. “And in the end, they’ll probably spend 20% of what they used to spend.”

Still, in general, makers wouldn’t touch FPGAs if complexity were seen as a big hurdle.

“The barrier for the maker community has been that a lot of FPGAs require specialized software, specialized hardware, specialized tooling and a knowledge of how to work with them,” Henrik Flodell, senior marketing manager for development tools at Atmel Corp., which markets a wide range of Arduino development boards for makers. “The reason they’re finally starting to proliferate in that market is that some of the barriers are now low enough for people to start playing with them.”

Atmel is meeting the needs of the community with ATF15XX-DK3-U , a development/programmer kit that supports the company’s ATF15XX family of complex logic devices (CPLDs), which are similar to FPGAs. The company also offers a free software tool called WINCUPL, aimed at helping designers get up to speed with its CPLDs.

The FPGA’s migration to the mainstream is also happening on college campuses. Using National Instruments’LabView development environment and graphical programming language, along with CompactRIO embedded hardware, engineering students are employing FPGAs in ways that would have been once unthinkable for non-professionals. Students at Tufts University, for example, recently created a smart night light that uses an FPGA for dimming. In China, students from the School of Automation at Tsinghua University built an auto-balancing bicycle, capable of maintaining itself with input from gyroscopic sensors and FPGAs. And at MIT, researchers constructed a robotic cheetah that uses FPGAs to enhance the speed of its control system.

“We’re finding that more people are able to program FPGAs now,” said Hsu of National Instruments. “In particular, we’re seeing that mechanical engineering students are doing it, whereas it used to be relegated to EE students.” In projects at Tufts and Purdue University, mechanical engineering students have taken up the task of programming the FPGAs for their senior projects, Hsu said.

Experts say that such efforts are likely to have a “trickle-up” effect – that is, as makers and students familiarize themselves with FPGA technology, they’re likely to use them as tools in their professional careers. As a result, in vision-based applications and others that need high-performance computing, FPGAs could become a go-to solution for the next generation, they say.

“When professionals find something that’s open source and useful for their product, they’re always going to want to adopt it,” said Jensen of Xilinx.

In the meantime, manufacturers expect FPGA technology to continue to migrate deeper into the maker community, especially among the Maker Pros. “Makers learn by pattern recognition –watching what someone else has done,” said Flodell of Atmel. “Sometimes you need someone to take the lead and show other engineers what they are capable of doing.”