Fifty-five years after the fact, a new book lends support to astronaut Gus Grissom's claim that he didn't hit the "chicken switch."

Even casual observers of US space history know the unfortunate story of Gus Grissom. He’s the astronaut who accidentally blew the hatch off the Liberty Bell 7 spacecraft, causing it to fill with seawater and sink into the depths of the Atlantic Ocean in 1961.

Or so we thought. Until his untimely death in 1967, Grissom insisted he wasn’t at fault. And now, a new book -- 55 years after the fact -- lends support to his claims. Calculated Risk: The Supersonic Life and Times of Gus Grissom by George Leopold, uses extensive research to show that Grissom never panicked, and that the unfortunate “hatch-blowing incident” was caused by electrostatic discharge, not human error.

”There’s this popular notion that he hit the chicken switch,” Leopold told Design News recently. “But the closest witness said that when they made contact with the spacecraft, which was not grounded, they saw an arc. There was an electrostatic discharge.” 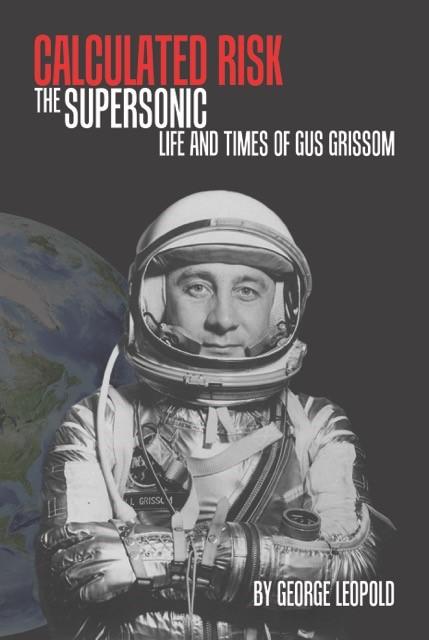 Calculated Risk: The Supersonic Life and Times of Gus Grissom by George Leopold, uses extensive research to show that Grissom never panicked, and that the unfortunate “hatch-blowing incident” was caused by electrostatic discharge, not human error.
(Source: Purdue University Press)

The book goes on to explain the failure in detail, using information and recollections gleaned from NASA documents and engineers. “The hatch was a pretty poor design,” Leopold told us. “And the upshot was that Gus Grissom lost his ship and got tagged as a screw-up.”

For those who know the history, the book is a breath of fresh air. Until now, movies and literature have depicted Grissom as a primitive, inarticulate bumbler who refused to admit his mistake. Tom Wolfe’s The Right Stuff and the movie by the same name failed to mention, however, that Grissom had earned a mechanical engineering degree from Purdue University and an aerospace engineering degree from the US Air Force.

Calculated Risk shows Grissom to be a smart, driven engineer whose greatest “fault” was that he shunned the limelight. It describes him as a “grinder” -- a practical, hard-working pioneer who cared more about national pride than about White House festivities.

"When you got to know him, you realized (the prospect of Grissom panicking) was all baloney,” a US Army flight surgeon states in the book. “He was just a cool guy … He was not the kind of guy who would panic.”

To say that Calculated Risk is a good read is an understatement. It’s a bookshelf-must for every engineer and NASA buff.

To be sure, though, it isn’t all happiness. The book details Grissom’s tragic death during a 1967 NASA test procedure, which makes for painful reading.

But most important, it vindicates a man whose life work served as part of the bedrock of US space flight. After 55 years, it finally sets the record straight.

"That was my intention,” said Leopold. “His peers always understood he was at the top of the Right Stuff pyramid.”