Medical wearables: What they're wearing at CES this year 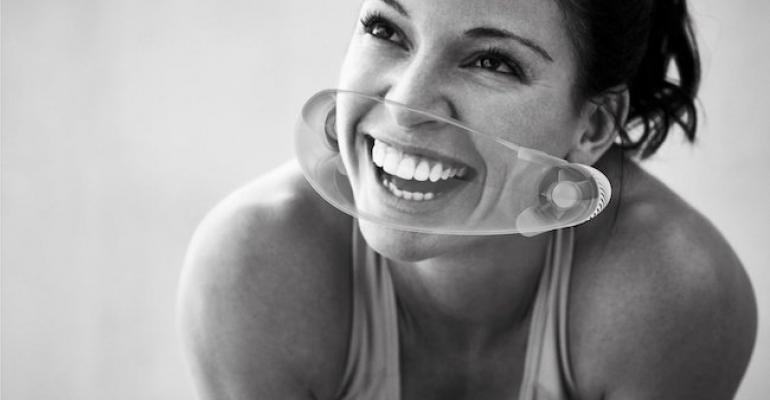 There are countless bright, shiny objects vying for the attention of attendees at CES, the vast consumer electronics event in Las Vegas this week. Amid the barrage of brand new things that you didn’t know you needed until just now, it’s easy to lose sight of innovations in slightly more-established technologies. The healthcare-related wearables space is a case in point.

Before presenting some of the wearables making waves at CES this year, here’s some context. The size of the healthcare wearables market is substantial, and it’s growing, noted Mark Brinkerhoff, President of Fusion Design Inc., a turnkey product and equipment development consultancy based in Campbell, CA. Brinkerhoff will present an engineer’s perspective on advances in wearable technology during a conference at next month’s co-located Medical Design & Manufacturing (MD&M) West and PLASTEC West event in Anaheim, CA. In advance of his session, he shared some telling statistics with PlasticsToday.

Fusion Design claims expertise in industrial design, mechanical engineering and prototyping. Focused on the transition from concept to manufacturing, the company seeks to balance aesthetics, ruggedness, ergonomics, communications and cost in developing wearable products, explained Brinkerhoff. “It is all about engineering the trade offs for market success,” he said, adding that “plastics and elastomers are the most common enclosure materials used” because they help to achieve that balance of properties.

It’s too soon to say whether the following wearable devices featured at CES will achieve success in the marketplace, but they did catch our eye because they advance and, indeed, democratize medical technology. And yes, in one way or another, plastics made them possible.

A wrist- or ankle-worn device developed by Apollo Neuroscience reportedly is the first wearable to help the body relieve stress by rapidly restoring its natural equilibrium via gentle vibration waves. Originally developed by physicians and neuroscientists at the University of Pittsburgh, the vibrations signal safety to the body and improve heart rate variability. It works in tandem with an app that, according to the company, helps users increase energy, improve focus, accelerate recovery, deepen relaxation and promote sleep. Because it needs to withstand exposure to everyday products such as cosmetics and detergents and be sufficiently durable to survive bumps and drops, Apollo selected the Makroblend M525 polycarbonate/polyester blend from Covestro to fabricate the device. The material meets two important requirements—toughness and chemical resistance—to help Apollo users find balance with a strong and lightweight device that remains unchanged when exposed to a variety of personal care products, said Covestro.

Grapheal has developed a wound-care device that continuously monitors wound healing, measuring biological parameters and sending updates to the cloud via a smartphone app. The non-invasive graphene-based dressing also stimulates wound healing. Fully flexible and extremely sensitive electrodes integrated in the graphene through a proprietary process capture any changes in wound healing and transmit the data.

What if you could train your brain to sleep better? That question is posed by Urgotech, which, of course, has an answer. Its non-invasive system uses neuro-feedback to measure brain activity, which an app uses to create a custom regimen on a smartphone that trains the user to tap into sleep-inducing brainwaves. The headgear is not worn in bed, a much appreciated feature by some beta testers. Users wear the headband for 20 minutes during the day while playing a game that rewards them when they generate the desired brain waves. They progressively learn to produce those brain waves when they go to bed. That’s the theory, anyway.

The Atmos wearable air filter covers your nose and mouth, purifying the air that you breathe, without hiding your winsome facial features thanks to what I presume to be a polycarbonate shield. Developed by Ao Air, the device uses built-in fans to create a “positive-pressure clean air environment” with “one-way outflow” that repels polluted air. It is reportedly 50 times more effective than other personal filtering devices; plus, it looks kind of cool. A great conversation starter, if you’re looking to start one.

From smartwatches to a device that prevents premature ejaculation

And there are the watches at CES, at least they look like watches and are worn around the wrist, but most of them literally won’t give you the time of day.

IEVA unveiled the Time.C smartwatch, which monitors personal health statistics as well as environmental factors that impact health, well-being and beauty, according to the company. As it captures personalized data, the smartwatch will suggest techniques to improve the wearer’s health and incentivize him or her to share environmental data with scientists to further climate change research. A feel-good win win.

Reliefband is at CES touting its FDA-cleared wristband that applies neuro-modulation technology to prevent and treat nausea and vomiting associated with motion sickness, chemotherapy, migraines, anxiety and even hangovers.

Finally, there’s the guy at CES who “just wants to talk about premature ejaculation,” as media outlet Engadget puts it. Jeff Bennett has invented a device about the size of a large band aid that contains a small battery, electrodes and a Bluetooth connection. Worn on the perineum, it delivers mild electrical pulses that confuse the nerves and delay a male orgasm. Bennett’s company Morari Medical has developed a prototype but is still wrestling with some design and manufacturing issues, notes Engadget in its slightly snarky reportage.

Premature ejaculation is a recognized medical condition, stresses Morari, that affects 30% of men. The product has the potential to capture an unserved $1 billion market, according to the company. It’s worth noting that prior to founding Morari, Bennett worked with a number of medtech companies, including Medtronic and Boston Scientific, in the marketing space.