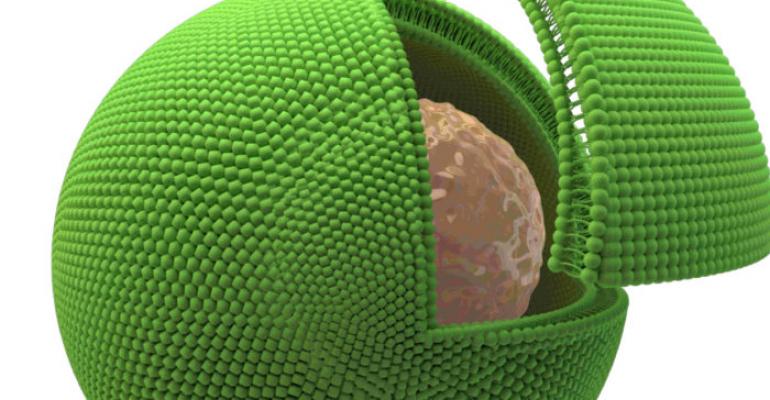 Researchers at Imperial College London have developed a system that, for the first time, can fuse living and non-living cells so they can work together.

The use of living human cells is coming into play more and more in myriad applications from medical devices to 3D printing to energy storage. Now researchers at Imperial College London have found a way for the first time to fuse living and non-living cells so they can work together, opening the door for new applications in batteries, drug delivery, biological sensors, and more. A paper on their work was recently published in Scientific Reports.

Yuval Elani, a research fellow from the college’s Department of Chemistry, told Design News the team’s work marks a paradigm shift in the field of synthetic biology, which involves creating new biological parts and devices. Until now, he said, biologically viable cells and artificial cells were “two distinct entities physically isolated from one another.”

“Traditionally this field is approached from two opposing directions,” Elani said. “The top-down approach takes living cells, and uses genetic engineering to give them new functions. The opposite approach involves taking non-living components and assembling fully artificial cells from the bottom up that mimic biological ones in form and function.”

The Imperial College London researchers’ work developed the technologies to bridge the divide by showing that biological and artificial cells can work together in a concerted manner in a hybrid system. Elani said this allows the advantages of both approaches to be combined.

“What we have done is show that [living and non-living cells] can be physically linked together within a single hybrid entity and biochemically coupled to act and miniature chemical factories,” Elani said.

The system the team developed has myriad applications, including the development of cellular batteries that are powered by photosynthesis and next-generation medical applications.

One example of the latter is for new medical therapies that synthesize drugs on demand inside the human body, Elani said.

“Cellular bionics systems such as the one we make have huge potential in therapeutics for example, where cells themselves – as opposed to drugs – are the therapeutic agent, or where cells can actually synthesize pharmaceuticals at the target site on-demand,” he explained. “Encasing them in a synthetic cell could allow them, for example, to be shielded from the immune response of the body.”

To develop their system, the team used microfluidics, which involves handling of tiny volumes of fluid, to encapsulate biological cells inside synthetic ones using what is essentially a miniaturized assembly line.

“Cells are first encapsulated in water in oil droplets, which are then converted to artificial membranes that act as the chassis of the artificial cell,” Elani said. “Microfluidics allows us to control the size of the hybrid cell and the number of biological cells encapsulated.”

The team used several biological cells in its experiments, including e.coli bacteria, which could replicate and divide inside, Elani said. The researchers also used human cancer cells, which were used as reactor modules to convert molecules from one form to another, essentially acting as mini-chemical reactors.

Elani and his team tested the hybrid cells they created in a solution high in copper, which is usually highly toxic to biological cells. In experiments, they were still able to detect fluorescent chemicals in the majority of the artificial cells, meaning the biological cells were still alive and functioning inside.

Overall, their work fits into a larger and continuing research project called FABRICELL. The project is “a network of researchers at Imperial College and Kings College London who are looking at exploring the boundaries between the living and non-living, for example, by creating self-sustaining artificial cells,” Elani said.

The team plans to continue its work by using the system in some of the applications for which it’s suited, as well as to invent ways to more tightly integrate the living and non-living components.