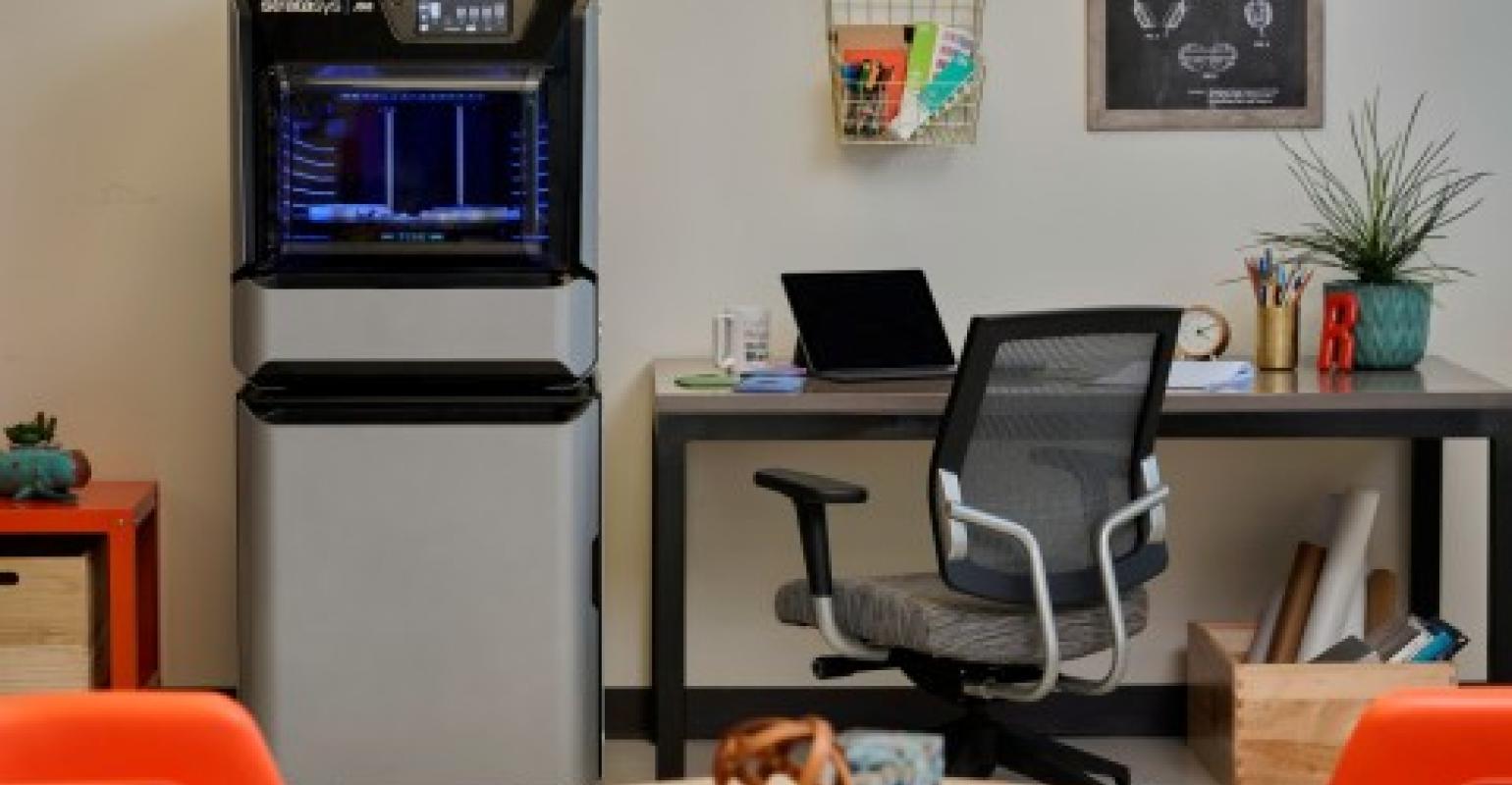 In February, Stratasys unveiled the J826 3D printer with full Pantone-Validated color and multi-material 3D printing. Designed for designers, the J826 was created to produce highly realistic prototypes, bringing them to life faster with increased quality with more design iterations. Oh, and the printer is priced below the company’s J-series printers. “It harnesses the multi-material process with half-a-million colors and it’s half the price and half the footprint,” Gina Scala, director of marketing for Stratasys’s Global Education sector, told Design News.

Then in late April, Stratasys introduced the J55 printer at about a third the price of enterprise-class PolyJet printers. The J55 was designed to include five simultaneously printed materials that enable nearly 500,000 colors, Pantone Validation, realistic textures, and transparency in one printed part.

While the printer is lower in cost than the larger J machines, it’s designed to be a step up from the printers in the table-top market. “We can do a lot of prototyping on the J55, Stratasys customer, Ryan Berger, senior industrial designer at Priority Designs, told Design News. ‘Compared to our tabletop machine, it’s better with dimensional stability. The product comes off the machine and requires very little finishing, just a little sanding and polishing on some of the parts.”

Part of the logic behind introducing printers that offer high capability at a modest price was to reach into the market of smaller companies. “We have the J850 and its multi-color capabilities. It’s a big printer and an expensive printer,”  said Scala. “When we looked at how the designers were using 3D printing, many are small groups doing project-based work, or they are smaller companies serving large customers.”

Stratasys aimed the new machines to users who needed a printer that was simpler to use as well as less expensive. “We know these designers needed better access. We knew we needed to meet their needs with PolyJet printer at an acceptable cost. And it had to be easy to use and built so it can be near you,” said Scala. “It needed to be smaller than the systems built to be in a lab. That meant smaller cartridges and UV light.” She noted that the printer has clear windows and uses UV LED. “You can stare at your parts and watch them build. You can do things like exact-match colors and higher-quality surface finishing with less sanding or coating.”

In meeting the needs of smaller firms, Stratasys is attempting to reach new markets. “It opens our install base,” said Scala. “The purpose is to be able to go into small-to-medium agencies and really open that market up. It’s a matter of opening up to shops with 50 designers instead of 500.”

Getting the Prototype Right

For that smaller shop, the J55 is designed to offer quality similar to the large printers with less difficulty. That made the difference for Berger at Priority Designs. “The J55 is our first full-color machine that produces protypes with a range of colors and a level of realism we hadn’t had before. For years we had a machine that printed just one color,” Berger told Design News. “If we wanted to make a full prototype, we had to use multiple machines. With J55 we can get 90% of the way to our full appearance protype. Just the ability to run parts and show that to our clients with the right colors and finishes is a big step forward. It saves time and unwanted investment in something the client might not approve.”

The cost of the printer itself was not the savings that was most important for Priority Designs. Cost of use became a big factor. “The cost of the printer is a factor, but sometimes time itself is more important,” said Berger. “The fact that we can do it all in one shot saves us money. We’re billing our clients by the hour, so if it takes time to paint and glue it together, it costs in time.”