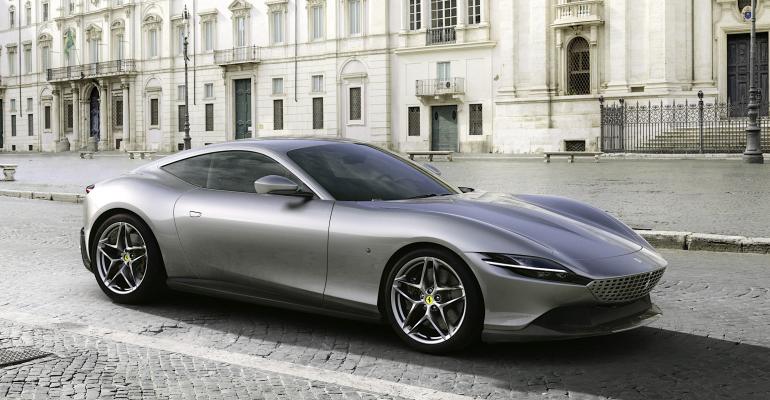 Though Ferrari is closely associated with mid-engine supercars, the company established itself as the road-going counterpart to the Ferrari Formula 1 team with front-engine grand tourers, and the company marks something of a return to its roots with the announcement of the Roma, a front-engine V8 coupe.

The car bears what Ferrari describes as "refined proportions and timeless design," in a car that looks visibly softer that the company's hard-edged supercars.

Details are scarce, but a 612-horsepower, 3.9-liter twin-turbo V8 like the one seen in other models is the power source and it is matched to an 8-speed dual-clutch paddle-shifted gearbox that is 13 lbs. lighter than the 7-speed in the outgoing Portofino model.

The Roma takes it name from the "carefree, pleasurable way of life that characterized Rome in the 1950s and '60s," Ferrari explained. Nevertheless, Ferrari's engineers weren't carefree in developing the Roma, as its chassis is 70 percent new compared to that of the Portofino.