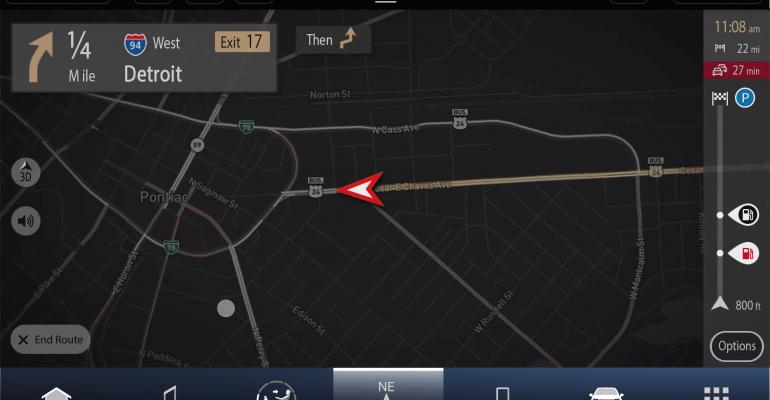 Fiat Chrysler Automobiles promises to preserve the Uconnect we know and love while accelerating performance. 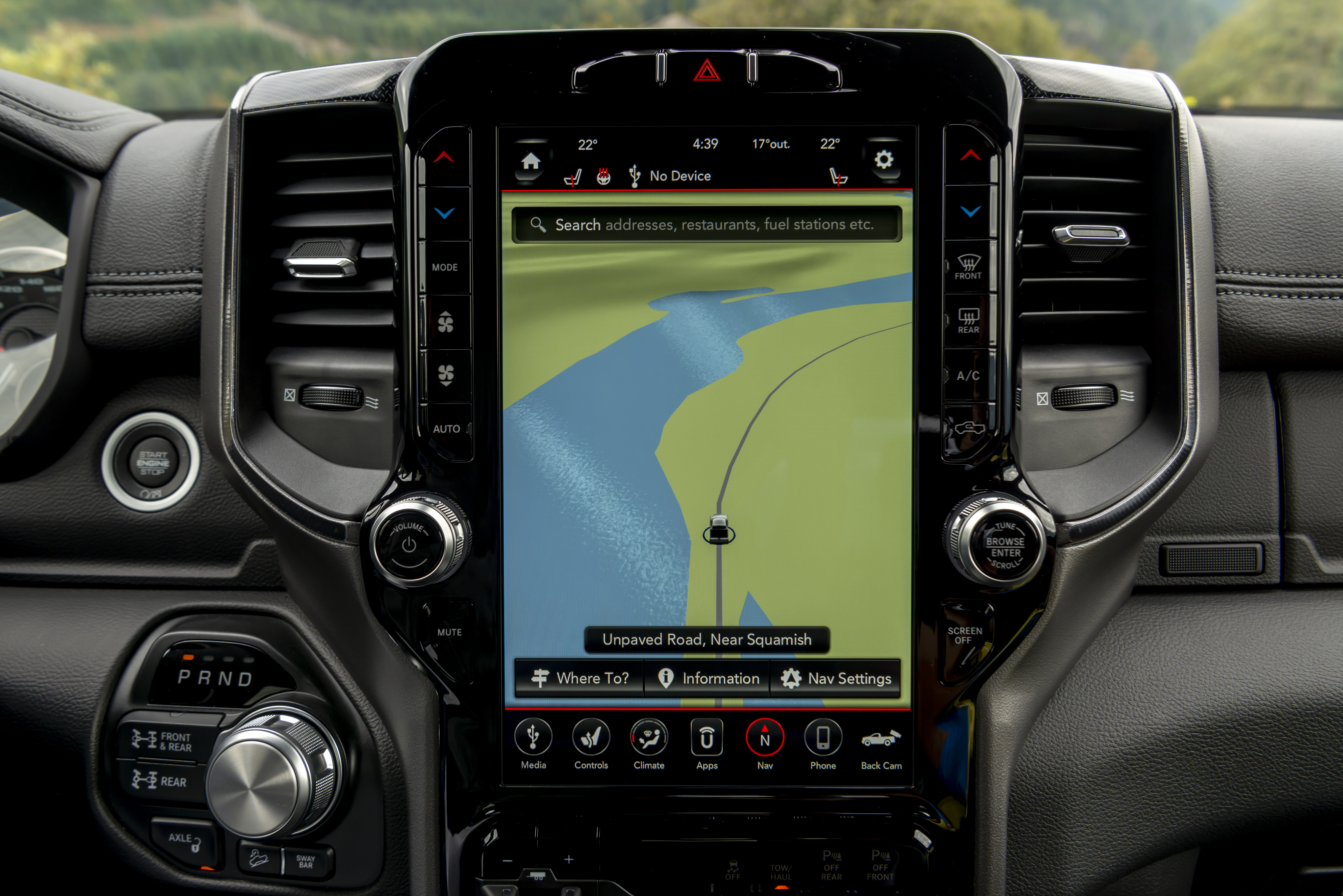 Uconnect 5 will bring more computing power to big displays like the one in the Ram pickups. Image source: Fiat Chrysler Automobiles

While many automakers could undertake a revamp of their infotainment systems with little risk of making it worse while trying to make it better, Chrysler’s simple, intuitive Uconnect system already works well, so a new system could easily be a step in the wrong direction.

The company says it avoided that pitfall through extensive research and testing because it was well aware that the current system wasn’t “broke.” Indeed, Chrysler claims that customers say that Uconnect has become a significant reason for their purchase. Yet Fiat Chrysler Automobiles (FCA) engineers and designers were determined to fix it in anticipation of future demands. 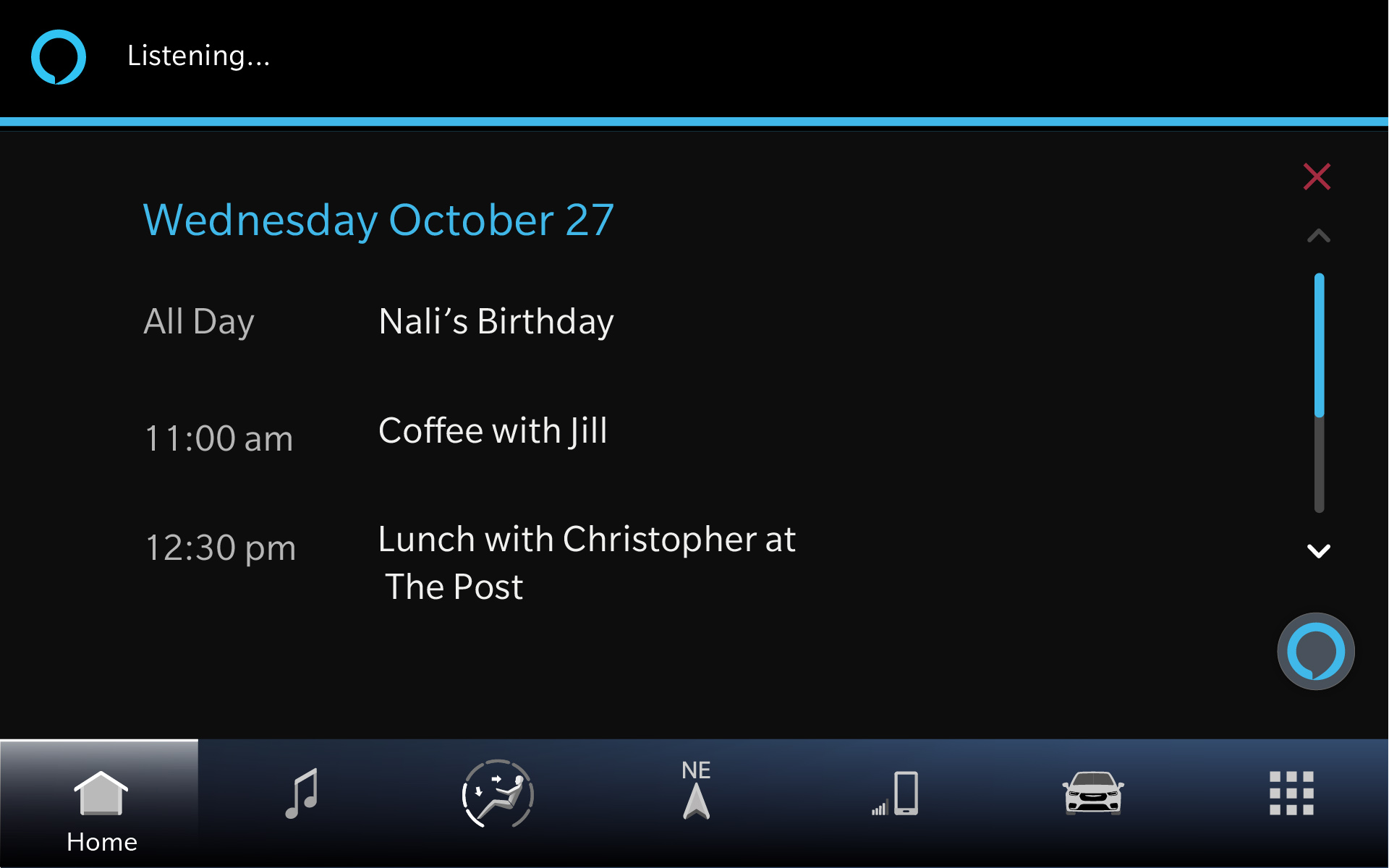 “The way we think about and design our vehicles is transforming,” explained Vince Galante, FCA’s Chief Designer, User Experience. “With new and innovative technologies, the experience is much less constrained to the vehicle itself, expanding to become more helpful, content rich and personalized. In the past, it was all about the radio but now it has evolved to become a link our digital lives.”

To do that for the fifth generation of Uconnect, FCA is moving its system to a foundation of the Google Android operating system and a faster processor, with the promise of future-proofing the software while providing the necessary computational power to ensure responsive actions without the dreaded latency that annoys users. The new computer is five times faster than the one it replaces, at 50 million instructions per second, and it is backed by 6G RAM and 64G of storage. 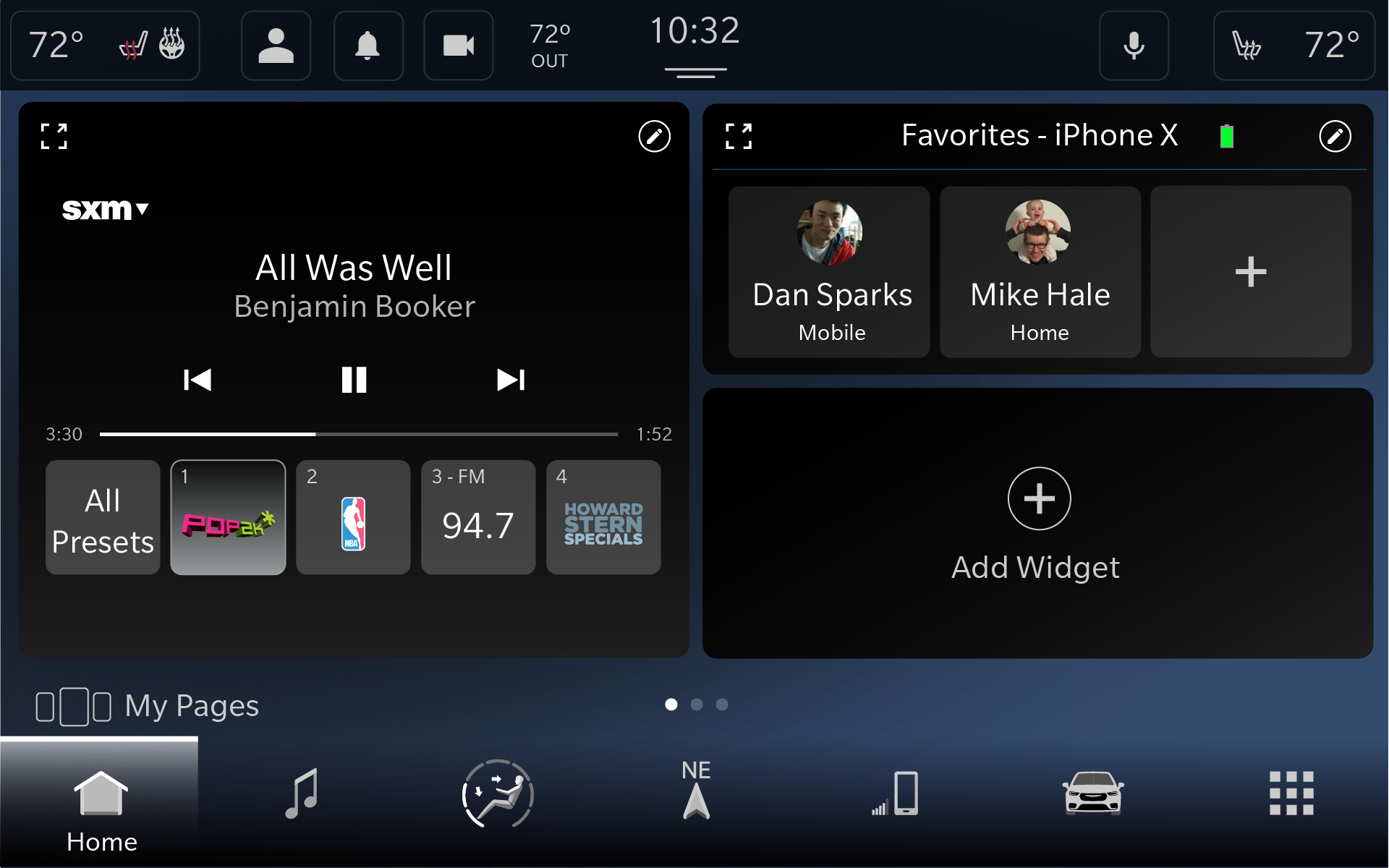 “With Uconnect 5, we’ve built upon a system our customers love, giving them five times more power, and a host of intuitive and personalized content,” Galante stated. “The new Android operating system opens a world of possibilities, providing all the content customers desire for years to come.”

The added computing horsepower and more flexible software permits Uconnect 5 to drive as many as four different displays, which can be in standard, landscape or portrait orientation and can be configured to work together or separately with as many as 15 million pixels in Ultra High Definition resolution. It supports displays as large as 12.3 inches.

Doing this without producing an interface that is inferior to the excellent existing one was the challenge for the company’s designers. “When designing Uconnect 5 we really did our homework,” insisted Galante. “Our biggest priority is making sure that the system is easy-to-use. Designing the experience is more than research. Thoughtful design takes collaboration and a diverse set of talent to put it all together. We hired experts of all kinds from the entertainment and gaming industry, web and mobile designers, product and graphic designers and even psychologists. This has given us key insights into our customers and how they interact with technology.” 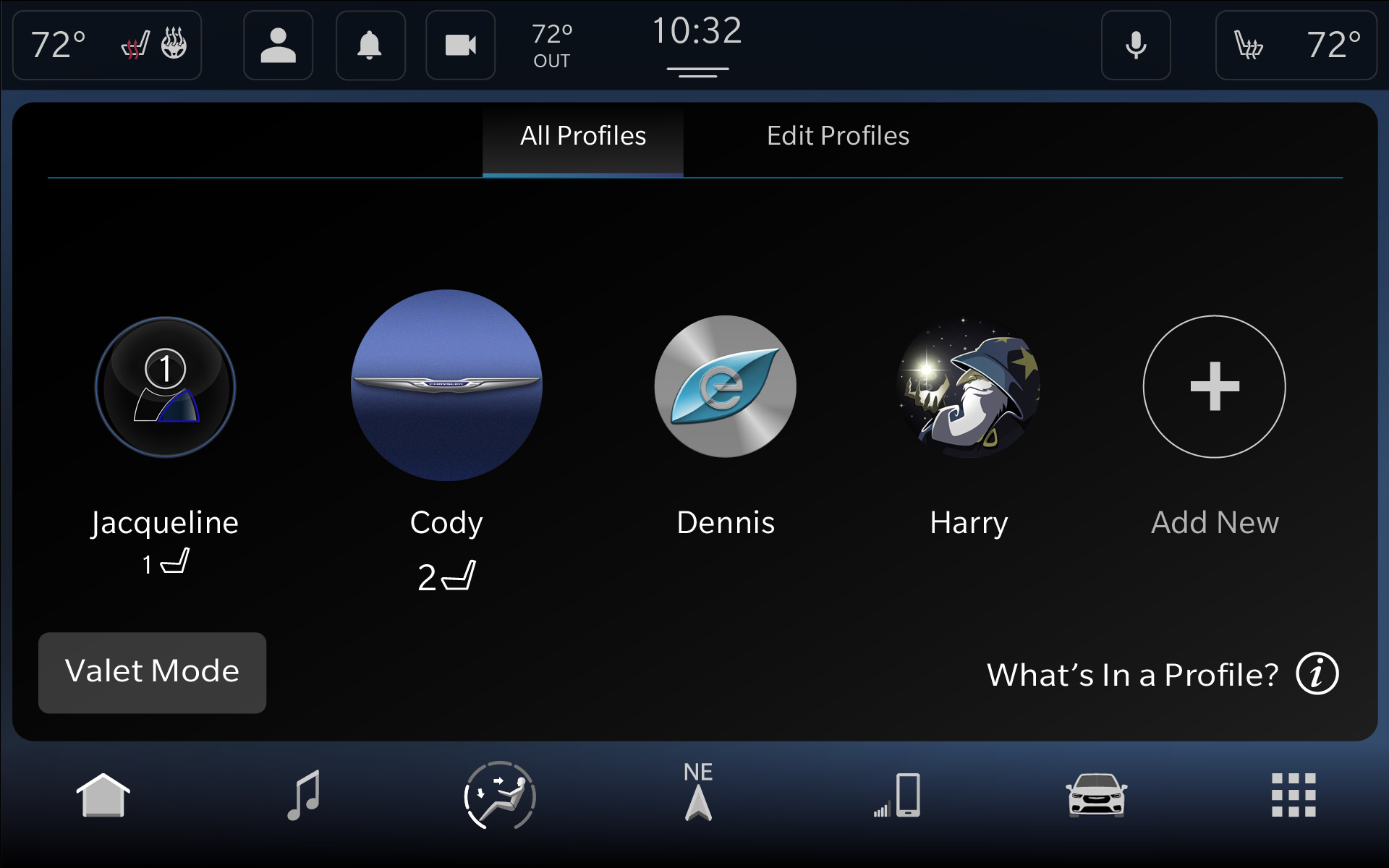 One way to ensure that drivers like the way Uconnect interacts with them is to provide personalization, so they can set up the home screen the way they want. And Uconnect 5’s flexibility means that different drivers can save their own preferences rather than having to tolerate someone else’s idea of what makes the most sense.

“I’m particularly proud of our Uconnect 5 home screen,” Galante said. “It allows owners to build a custom page, giving them one-touch access to all of their favorite features and content. Navigating around the system has been made quicker and easier by integrating commonly used gestures such as swipe and drag and drop.”

The switch to the Android operating system underpins the flexibility to accommodate different drivers’ preferences, he continued. “Adding the Android operating system to Uconnect has given us a nearly infinite potential to grow the system over time with personalized content, features and services. Uconnect 5 can store up to five different user profiles, switching between them can be handled with a single touch. So, no matter who was in your vehicle last, its quick and easy to get it back to just the way you like it.” 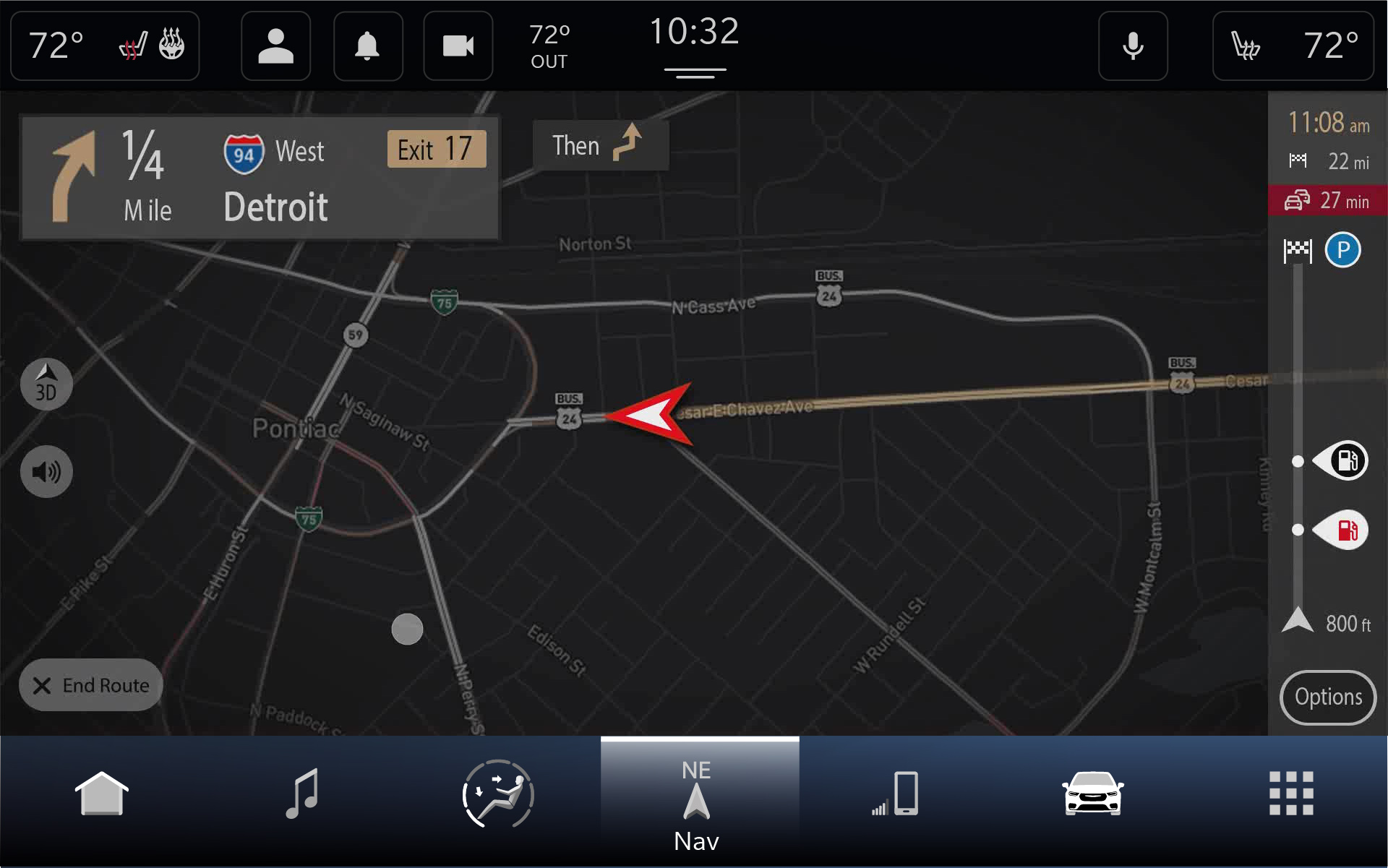 Uconnect 5 doesn’t only upgrade the system’s visual interface. It also improves voice recognition, for eyes-on-the-road interaction with the computer. There’s a new voice recognition engine, improved microphone technology and natural voice capability that FCA promises can understand natural requests such as “Find an available EV charging station near me” rather than requiring drivers to use stilted phrasing only a computer can love. The new microphones are better at capturing voices among background noise from open windows or rain pelting against the windshield.

This built-in system responds to a keyword which is the brand name of the vehicle in use, so Pacifica drivers will say “Hey, Chrysler” to activate the voice recognition. Apple CarPlay and Android Auto can use their own voice recognition, which is activated by a button press rather than a keyword.

Uconnect 5 supports wireless Bluetooth connection of two phones simultaneously, for drivers who carry two phones or for a passenger to interact with the system. This supports wireless Apple CarPlay and Android Auto, which is a great convenience for drivers who don’t want to plug in every time they get in the car. This ability brings with it the consideration that intensive apps like navigation can drain phones’ batteries faster than wireless charging pads can add it. So wireless CarPlay and Auto are very convenient for short jaunts, but are probably not best for long drives that could leave the phone’s battery depleted.

Uconnect 5 marks the debut of TomTom as a navigation source, so maybe drivers won’t want to stream navigation from their phones anyway. The system uses TomTom’s traffic data for ETA prediction and alternative route suggestions, along with charging station location and dynamic range mapping for electric vehicles. The “Last Mile” feature lets drivers transfer walking directions from the car to their phone’s Uconnect app for guidance on foot directly to their destination.

FCA’s built-in 4G wireless hotspot gets smarter and faster along with the user interface, so now it can support as many as eight connected devices at a time.

The cars will also benefit from the ability to update software wirelessly over the air, and also to send information from the car to customers for their Vehicle Health Reports.

These are all tall promises, so we look forward to the chance to test Uconnect 5 to see how successful FCA has been in preserving the simple usability of previous editions while adding power and flexibility.