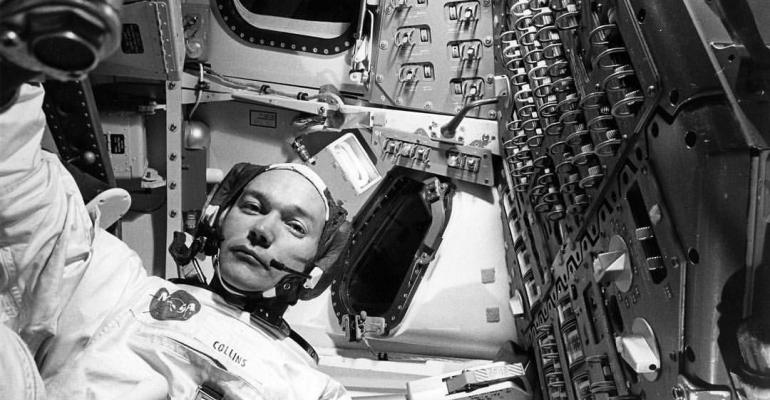 The second day of the Apollo 11 mission saw the spacecraft on course for the moon.

After a successful launch from Cape Kennedy on July 16th, the Apollo 11 astronauts were tasked on July 17 at 12:17 pm with a three-second burn of the Service Module Propulsion System (SPS). This was one of four scheduled midcourse corrections programmed for the flight. Later that afternoon the Apollo 11 astronauts did a color television broadcast from the spacecraft, showing viewers back home what the Earth looked like from 147,300 miles away. Their broadcast lasted 36 minutes and Command Module pilot Michael Collins described the food that the astronauts ate in the zero-gravity environment of the Apollo 11 spacecraft.

The launch from the Cape had been so successful that the last two midcourse corrections were not needed on Apollo 11’s journey to the moon.