Recent
Argo AI Expands to Austin and Miami in Search of More Challenges
May 18, 2022
12 Ideas that Could Change the World
May 18, 2022
Making the AC Power Main Intelligent
May 18, 2022
How to Make Sure Your Digital Transformation Doesn’t Fail
May 18, 2022
POLL
The Internet's Grooviest Slideshow of Legendary International Scouts
May 17, 2022
Electronics Industry Bolsters Root of Trust Security Efforts
May 17, 2022
3 Tips for Embedded Software Configuration Management
May 17, 2022
Novel 3D Printing Method Used to Replenish Coral Reefs
May 16, 2022

What’s the Future of Medical Devices? Steve Wozniak Weighs In 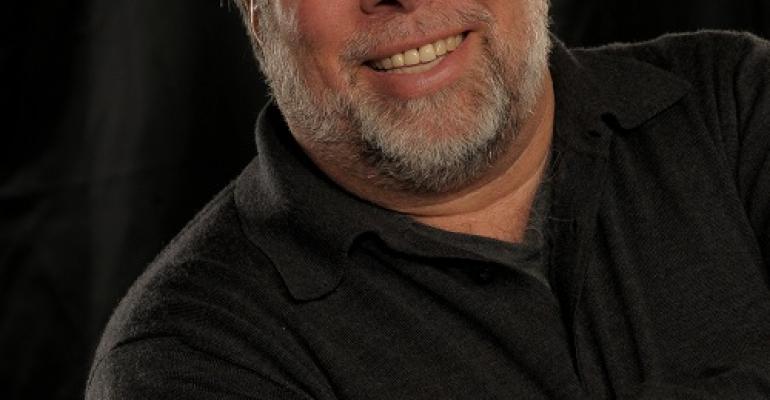 <p>With Silicon Valley icon and Apple co-founder Steve Wozniak set to speak at <a href="http://atlantic-design-manufacturing.designnews.com/?_mc=arti_x_dnr_edt_aud_deffree_dnr_des_33_x-NewYork2017WozSS" target="_blank">Atlantic Design & Manufacturing,</a> a conference and expo event this June hosted in New York by <em>Design News</em>’ parent company UBM, I’ve had the pleasure of speaking to Woz a few times in recent weeks as we ready for his fireside chat keynote.</p><p>Woz says he’s an open book. Given that he answered every question thrown at him on our calls with truth and humor, I’d tend to agree. And, given that he actually wrote a book, New York Times bestseller “<a href="https://www.amazon.com/iWoz-Computer-Invented-Personal-Co-Founded/dp/0393330435/ref=sr_1_1?ie=UTF8&qid=1490815191&sr=8-1&keywords=iwoz" target="_blank">iWoz</a>,” in which he shares details of how he went from computer geek to cult icon, really, he is an open book about his life’s failures and successes.</p><p>Still, there are some little-known facts about Woz that even the deepest tech historians and his biggest fans might not know. Flip through 8 of these on the following pages.</p>
Apple co-founder and the engineer behind the world-changing Apple II personal computer Steve Wozniak shares his thoughts on life-changing medical electronics.

What does the future hold for medical devices? According to a recent report on Design News sister media outlet Qmed, what’s next for medical electronics ranges from devices like electronic pancreases to using electronics to allow for targeted neuroplasticity training or to advance devices that restore both movement and the sense of touch to those with paralysis.

Indeed, every device could be life changing. Design News recently spoke with Steve Wozniak, Apple co-founder and the engineer behind the Apple II, the first mainstream personal computer, which set engineers on the path to scores of world-changing technologies.

As to what new medical devices interest him, Wozniak said: “Almost everyone piques my interest. These little devices are doing tasks that were really only done by a doctor [until recently] and we thought that only a doctor had the mind to help us out.

“Yes, you can have a wearable that measures your temperature or your pulse rate,” he continued. “Those are kind of minor compared to diagnosing diseases, which is what we are really interested in.”

Devices that can diagnose diseases would require some form of AI (artificial intelligence) or cognitive computing. While still in the future, we have started to see this emerge. IBM’s Watson, as example, has begun besting doctors’ abilities in making and managing medical diagnoses.

“The devices that can use nanotechnology — slide it into your mouth and from that it can discern what molecules are there and which viruses and bacteria might be in your body — that’s an intriguing concept because it’s very simple in its definition,” Wozniak said. “When you visualize it, it’s something you yourself as a person can use.”

For more of Steve Wozniak’s thoughts on tech advancements including robotics and AI, see:

Steve Wozniak will take the stage on June 13, in New York, during Atlantic Design & Manufacturing, the East Coast's largest advanced design and manufacturing event. The engineer and cult icon will discuss a range of topics that span his experience at Apple, as well as today's leading tech trends such as robotics, IoT, and wearables, among others. Register for the event here!
TAGS: Electronics Medical
0 comments
Hide comments
Related
You Might Like