Advanced Prosthetic Hands Are Closer Than Ever to the Real Thing 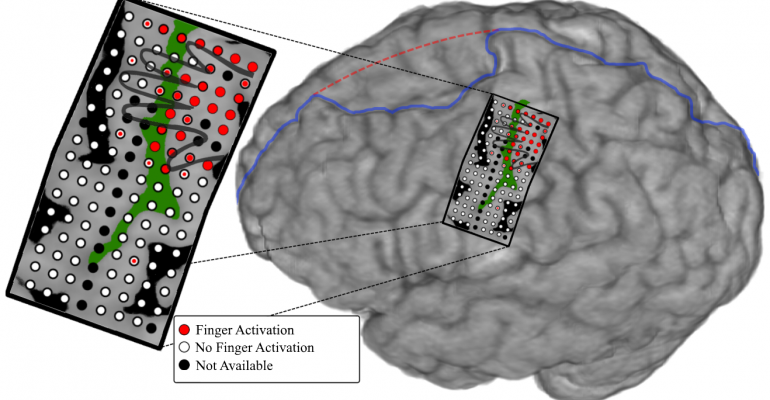 Thanks to advances in sensor technology and neuroscience, prosthetic hands are bringing science fiction closer than ever to reality.

There has been tremendous progress made in developing hand prosthetics. While we haven’t quite reached Star Wars levels of sophistication, the technology has come pretty far down that path.

Earlier this year, researchers in Baltimore demonstrated a mind-controlled prosthetic hand. The robotic hand was wired to an electrode array containing 128 sensors, about the size of a credit card, which was attached to the portion of the subject’s brain associated with hand control. Then the researchers, led by Nathan Crone, M.D., professor of neurology at the Johns Hopkins University School of Medicine, mapped the specific circuits in the subject’s brain as he moved each finger. From there, they took the next step, which was to have the subject merely think about moving each of his fingers. Signals picked up from his brain by the sensor array were then transmitted to a robotic hand, which successfully moved each finger in response to the thought impulses.

“The electrodes used to measure brain activity in this study gave us better resolution of a large region of cortex than anything we’ve used before and allowed for more precise spatial mapping in the brain," Guy Hotson, a graduate student working on the study said. "This precision is what allowed us to separate the control of individual fingers.”

Initially, the team achieved 76% accuracy, but that was improved to 88% when the thumb and pinkie finger signals were coupled. Previous prostheses have used mind control to work the fingers as a group enabling them to grab an item.

Designers & Innovators Learn more about some of the latest designers and innovators and what they're up to at ESC Silicon Valley . December 6-8, 2016 in San Jose. Register here for the event, hosted by Design News ’ parent company UBM.

Other work at Johns Hopkins used DARPA neural technology to allow a subject, who had been paralyzed, to receive sensory signals through a prosthetic hand and to distinguish which fingers were being touched.

That progress has now been extended by work done at the University of Pittsburgh Medical Center. Here, a man who was paralyzed by a spinal cord injury, had a chip implanted in his brain that was able to stimulate his sense of touch, including pressure and temperature. The device, which was placed in the somatosensory cortex, the part of the brain that controls touch, used wiring that bypassed his spinal cord. This allowed him to feel things with his hand, though he still could not move it. In a blindfold test, he correctly identified 93% of the objects that were brought into contact with his skin. He was also able, using the same apparatus, to correctly sense touch through a prosthetic limb that did move, 84% of the time. The capability remained stable over the six-month period of the study.

Each of these advances bring us closer to realizing the ability to restore both motion, dexterity, and nearly realistic feeling in the hands of many who, through injury or disease, had lost that ability.