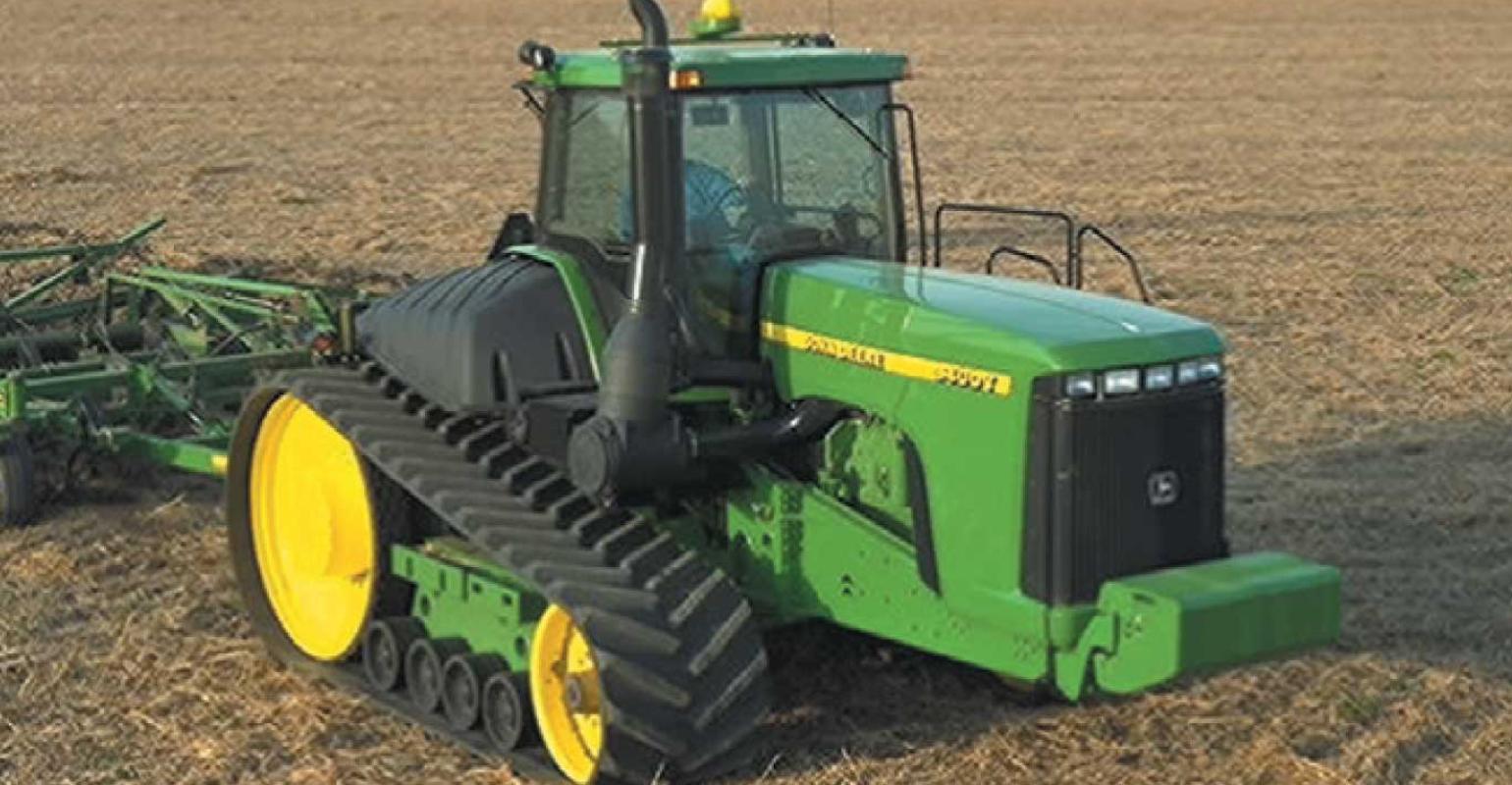 Building the electronic systems that control heavy equipment requires that engineers take a long view in design and development.

It’s rare to find someone who has worked for the same company for 41 years. Terry Pickett, manager advanced engineering for John Deere, has been working on electronic and computer controls for the agricultural (ag) and construction equipment manufacturer since the 1970s. He has not only lived through a revolution in electronic controls and sensors; he has played an important role in that revolution. On October 31, Pickett will give a talk titled, “Electronics with 10 to 20 year life cycles in a smartphone world,” at the Embedded Systems Conference (ESC) in Minneapolis, Minnesota. Design News caught up with Terry Pickett to learn more about how electronics in ag and construction equipment has evolved.

“In the mid-1970s, there were no engine electronics at all,” said Pickett. “They had converted to all diesel engines, but no engine electronics,” he added. There were effectively no emissions requirements for tractors and construction equipment at this point. Even the monitoring systems were rudimentary. “The gauges in the dash were directly driven by electrical sensors, much like cars at that time. You had idiot lights for failures. You could get an AM-FM radio…,” said Pickett.

“As you transitioned into the 1980s, you had the beginnings of electronic injection controls,” noted Pickett. “Bosch was the big leader and John Deere worked with Bosch and a few other smaller companies. These (systems) started to have a few sensors—to control the injector pump so that it would get better combustion. Still, not the sophistication you needed to really control emissions,” Pickett told us.  “We also, in the mid-1980s, started to see electro-hydraulic controls to lift implements and things and some transmission controls—pretty simplistic, but they became more important as time went on. In the 1980s, we didn’t have any cell-phone technology, so we didn’t have any telematics to speak of. We did have (digital) speed readouts. That old AM-FM radio was changed out to something that had a CD and cassette-tape player….”

“As you got into the 1990s, the electronic engine and control started to become much more important. It really became all about emissions,” Pickett explained. The California Air Resources Board (CARB) had developed four tiers of emission requirements, which were targets for companies that wanted to do business in that state. “Tier 3 emissions took a significant amount of better control sensors than we ever had before, and those all had to be developed,” said Pickett. The additional electronics also had an effect on operator comfort and ease of control—even in heavy equipment. “In the 1990s, we came out with a set of equipment that had all armrest, finger-tip controls. Everything became electronic and electrical controls,” he said. The communication between components in the machines also became more complex. “In 1996, we came out with a CAN/BUS system—my team developed the first CAN/BUS system. In fact, we were in the initial negotiations with Europe and the rest of the world on what the ISO CAN/BUS was going to look like,” he told us.

“We also added in, even in the mid-1990s, the ability to control the hydraulics externally, which was a first for the industry. This later became useful if we wanted to do grade control with a pull-type scraper. With a connection through that system, we could actually control the hydraulics that made the blade go up and down based upon a GPS signal or laser or whatever else you wanted to use to get leveling. We could also use it to control tractor guidance so that you could get perfectly straight rows. You could then repeat those rows as you wanted to do cultivation or anything else. The radios got a lot more fancy and gauges were really gone, the sensors became smarter, and we began to have a localized intranet of things on our machines—all connected by CAN/BUS and communicating with the different systems on the machine,” said Pickett.

“As we got into 2000-2010, the engine systems became much more sophisticated. We introduced the Tier 4 emission controls. A diesel engine exhaust on one of our big engines, if operated in Los Angeles, would expel exhaust that was cleaner than the intake air. We were able to start to put telematics onto our machines. The machines were now connected to several early cloud-type sites (in the early 2000s) and those allowed a customer to look at their whole fleet—to look at when it needed servicing based on normal maintenance intervals, those kinds of things,” Pickett explained.

“As time went on into the 2010 to 2015 timeframe, it became more sophisticated. The dealer could actually pull up a piece of equipment and look at the display to see an error code or a warning and actually diagnose it from the office. Today, we have multiple fleets connected telematically, and all of our big ag equipment and almost all of our big construction equipment is fully connected to the John Deere op-center cloud. We can also update software remotely through the cloud,” he noted.

One of the biggest challenges a company like John Deere faces is the longevity of its products. “It’s not uncommon today to have a tractor that is 40 years old being used in every cycle of farming—from planting to cultivating to doing harvest. Think about it: a 40 year old ag vehicle being used every day as a workhorse. I don’t know of too many other industries where they have that longevity…,” noted Pickett.

Maintaining these products long after they were sold requires some creative solutions. “You have to look at how we are going to maintain this equipment 20 years from now, when you know that none of the processors will be available for service parts. You won’t be able to buy them new anymore. Probably most of the memory will be completely different, so you won’t be able to hook it up,” said Pickett.

“You either have to do a complete new design every probably five years or you have to make sure that your designs are always backwards compatible, so that you can get the same general look and feel with new electronics. That’s one way that we do that. We try, whenever possible, to make our next generation design—unless it’s a totally different concept—so it works as a backward compatible replacement for a dashboard or controller. Controllers are much easier because you really just have to worry about the connector and the footprint—about how you are going to match it into the old footprint and mounting bolts,” he explained to us.

The design philosophy becomes crucial. “What helps us a lot is designing for backward compatibility—particularly for controllers. A controller—rather than lasting only three or four years, which would be until the processor changed or the memory changed, because you have updated it every year but with the same connector—it lasts maybe 15 years. Yes, we have to redesign it every five years or so, but we put new applications on it as well by putting new software on. And it is still available to do the older functions that were designed 10 or 15 years ago,” said Pickett.

It isn’t often that an engineer with Terry Pickett’s vast experience—particularly over a period of time when electronic controls and sensors were emerging and came to dominate heavy equipment design—shares his views on product development. Attendees at the ESC Conference in Minneapolis will want to attend his talk on October 31st to learn more about designing products with long life cycles.