Solar and Wind Could Meet 80% of US Energy Needs, Study Finds 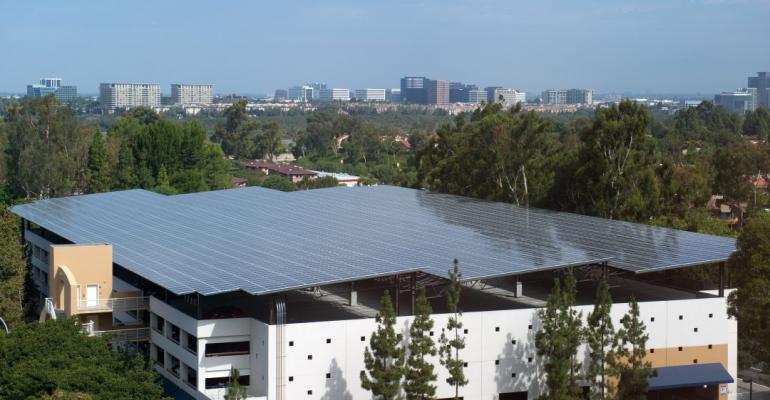 A new energy study determines that up to 80% of U.S. electricity needs could be met with solar and wind energy, if significant investment is made in new transmission lines and large scale battery storage.

About 80% of the U.S. electricity demand could be reliably met with solar and wind power, according to a new study by scientists at the University of California Irvine, the California Institute of Technology, and the Carnegie Institute for Science.

To understand the variability of solar and wind energy, U.S. weather data from 36 years, spanning 1980 to 2015 was analyzed by the research team and compared to electricity demands over the same period. “What we found,” said Steven Davis, associate professor of Earth system science and co-author of the study, “is that we could reliably get around 80 percent of our electricity from these sources by building either a continental-scale transmission network or facilities that could store 12 hours’ worth of the nation’s electricity demand.” The research team estimated the cost of new transmission lines required could be hundreds of billions of dollars, while storing electricity with the cost of today’s batteries would likely cost more than a trillion dollars.

The work was published in the journal Energy & Environmental Science under the title “Geophysical constraints on the reliability of solar and wind power in the United States,” by Matthew R. Shaner, Steven J. Davis,  Nathan S. Lewis, and  Ken Caldeira.

As expensive as this sounds, there are some indications that prices are continuing to drop for both solar and wind. In August 2017, Excel Energy agreed to shut down two coal-fired plants 10 years earlier than planned, but only if they could replace the 660 megawatts of capacity with something cheaper. The company put out a solicitation for bids and, according to a report published by Excel at the end of 2017, received 430 bids, including 251 for solar, 119 for wind. Of the bids, 105 included electricity storage as part of the plan. By contrast a similar solicitation for renewable energy in 2013 received only 55 bids.

What was even more amazing in the Xcel report was the low costs associated with the renewable energy projects. According to the U.S. Energy Information Agency (EIA), wholesale power prices for electricity generated by coal in 2017 averaged $38 per megawatt-hour (MWh). Amazingly, the Excel bids averaged $30/MWh for solar and $18/MWh for wind. What’s more, adding battery storage only increased that by $6/MWh for solar and $3/MWh for wind projects.

According to the study by Shaner and his co-authors, meeting 100% of the U.S. electricity demand with only solar and wind was deemed impractical as meeting all of U.S. demand with wind and solar would require the ability to store several weeks’ worth of electricity. “Our work indicates that low-carbon-emission power sources will be needed to complement what we can harvest from the wind and sun until storage capabilities are up to the job,” said co-author Ken Caldeira of the Carnegie Institution for Science.