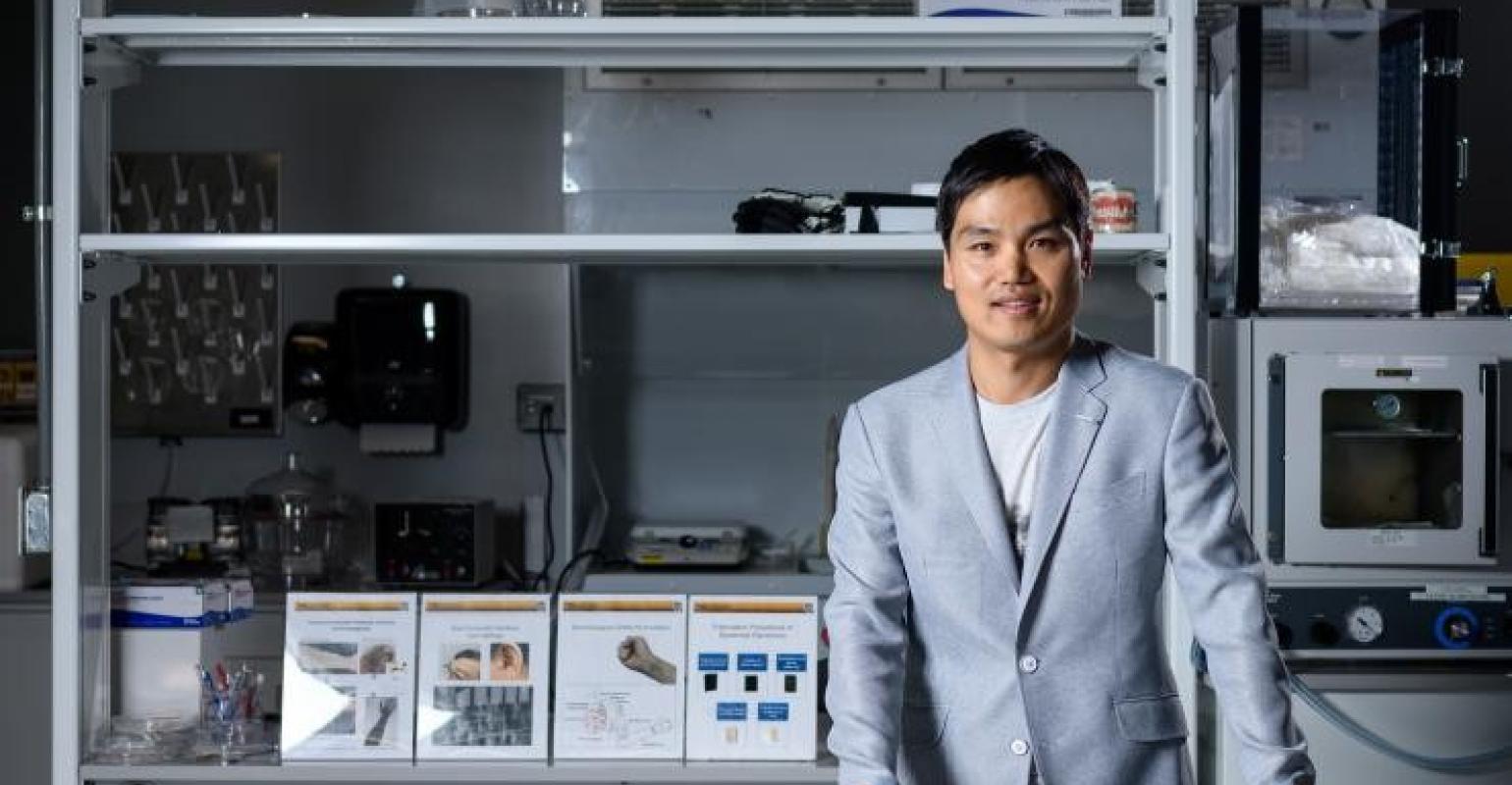 Researchers at Georgia Tech have developed a small, flexible, and user-friendly sodium sensor people can use to monitor their salt intake.

Sensor technology is becoming so advanced that researchers are beginning to target sensors specifically to help solve certain health or fitness issues or problems. A team at the Georgia Institute of Technology (Georgia Tech) has done just that recently with a new sensor aimed at helping people control hypertension and high blood pressure by monitoring their intake of sodium, or salt.

The sensor—developed by a team led by Woon-Hong Yeo, an assistant professor in the Woodruff School of Mechanical Engineering at Georgia Tech—is based on an ultrathin, breathable elastomeric membrane and currently is similar to a dental retainer. It integrates a tiny, flexible electronic system that reports a person’s sodium consumption to a smartphone or tablet using Bluetooth.

“By monitoring sodium in real-time, the device could one day help people who need to restrict sodium intake and learn to change their eating habits and diet,” Yeo said in a Georgia Tech press release.

Researchers aim to make the sensor even easier to wear by making it the size of a tooth, so as to be even smaller and less obtrusive, Yeo said.

The team took a different approach to the electronics and circuitry inside the sensor compared to what’s typically used in commercially available sodium sensors. They used biocompatible and ultrathin components connected by mesh circuitry rather than traditional plastic and metal-based electronics.

“The entire sensing and electronics package was conformally integrated onto a soft material that users can tolerate,” Yeo explained in the press release. “The sensor is comfortable to wear, and data from it can be transmitted to a smartphone or tablet. Eventually, the information could go a doctor or other medical professional for remote monitoring,” he added.

The device works by monitoring sodium intake in real-time and then recording daily amounts. Users can then keep track of their daily salt allocation and how much they have consumed using a smartphone or tablet application, with which it can communicate from up to 10 meters away.

According to the American Heart Association, people in the United States consume on average more than 3,400 milligrams of sodium each day. This is a much higher consumption rate than the limit of 1,500 milligrams per day that it recommends.

Eating too much salt can increase the likelihood of heart conditions in people with high blood pressure or other medical conditions, researchers said. Their device is aimed at helping people who are at risk for these health problems so they can better manage their own sodium consumption and thus health.

“Our device could have applications for many different goals involving eating behavior for diet management or therapeutics,” Yeo said.

Researchers already have tested the device successfully in three adults who participated in a study to wear the sensor system for up to a week while eating both solid and liquid foods including vegetable juice, chicken soup, and potato chips.

Researchers plan to continue to improve the device not only to make it smaller, but also to find a way to power it without the small battery it currently uses and which needs daily recharging. One option they are eying is to power the device inductively, which would replace the battery and complex circuit with a coil that could obtain power from a transmitter outside the mouth.