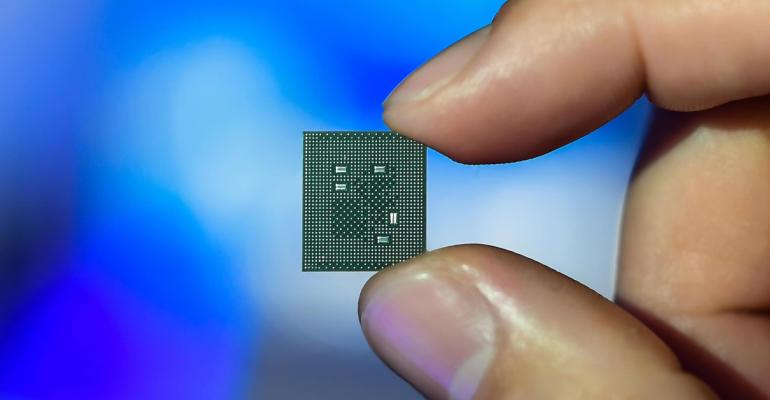 From photos to gaming and AI applications, the Snapdragon 765 and 865 are both focused on bringing 5G to consumers at all levels

This week, at its annual Snapdragon Tech Summit, the chipmaker unveiled two new mobile computing platforms – the Snapdragon 765 and 865 – both targeted at 5G speeds and artificial intelligence processing for Android-based devices.

“We need systems that put 5G and AI together,” Alex Katouzian, senior vice president and general manager, mobile at Qualcomm, told the Tech Summit audience. He outlined Qualcomm's roadmap for 2020, where the company plans to be a part of 5G devices released at all tiers, with AI also ubiquitously integrated into them.

The Snapdragon 765 looks to be the more consumer-focused platform. With Qualcomm's X52 5G modem integrated, the 765 supports both millimeter wave (mmWave) and sub-6 frequencies for 5G and is capable of download speeds of up to 3.7 gigabits per second (Gbit/s), according to Qualcomm. It also supports 5G SA and NSA modes, TDD and FDD with dynamic spectrum sharing (DSS), global 5G roaming, and support for multi-SIM.

Katouzian said the 765 is targeted at serving three major pillars – photo and video, AI, and multiplayer gaming. The platform is equipped with the fifth generation of Qualcomm's proprietary AI Engine for handling various tasks such as creating better photos. The engine itself is capable of speeds of up to 5 tera (trillion) operations per second (TOPS). The ISP can capture 4K video and can support up to a 192-megapixel camera. Another version of the 765 – the 765G – will be specially optimized for online gaming experiences (the “g” stands for “gaming”). Snapdragon 765G offers a bit more performance. It's capable of up to 5.5 TOPS and has a boosted GPU for faster graphics rendering.

On the higher end, the Snapdragon 865, which will be packaged with Qualcomm's X55 modem-RFs (the X55 modem is not integrated in the 865 as the X52 is with the 765), kicks things up in terms of horsepower. Aimed at more premium applications, the 865 is targeting download speeds exceeding 5 Gbit/s, again using mmWave and sub-6. The 865's AI Engine's processing speed reaches up to 15 TOPs – double the performance of the previous Snapdragon, the 855.

Qualcomm is touting the 865 as the “worlds first 2-gigabit-per-second camera capable ISP.” The platform can capture 8K video at 30 frames per second. And when filming 4K video each frame can be captured at 64 megapixels. It also supports up to a 200-megapixel camera.

Overall, Katouzian said the 865 offers a 25% increase in graphics performance over the 855 –meaning desktop features, like high-quality gaming, can be brought into the mobile space.

The 865 and 765/G will also be available as modular platforms.

Qualcomm has already actively secured partnerships around the 765 and 865 and has been very active in pushing for 5G-enabled hardware for both mobile and desktop applications. Earlier this year Qualcomm and long-time collaborator Lenovo unveiled Project Limitless – a concept for a 5G-enabled PC. Based on Qualcomm's 7-nanometer 8cx 5G compute platform, Project Limitless demonstrated the idea of an “always on, always connected” PC that draws on 5G connectivity for cloud-based applications and storage as well as distributed computing.

According to Sergio Buniac, president of Lenovo subsidiary Motorola, the next generation of the newly released Razr will be based on Qualcomm's latest platforms. Motorola turned heads (and sparked some heavy early 2000's nostalgia) earlier this year when it announced the 2020 re-release of its once popular flagship phone, the Razr.

The new Razr is a foldable, clamshell phone based on the Snapdragon 710 platform. It'll be the latest device in a new wave of foldable screen devices coming to market such as Samsung's new Galaxy Fold, and Microsoft's Surface Neo foldable, dual-screen laptop.

Chinese electronics company Xiaomi has also made a big commitment to 5G.Speaking at the Snapdragon Tech Summit, Xiaomi's president, Bin Lin, said the company is committed to launching more than 10 5G smartphones in 2020. Among these will be the Mi 10, a Snapdragon 865-based phone that will feature a 108-megapixel camera.

Qualcomm expects the first 765- and 865-based devices to hit markets as soon as the first quarter of 2020.