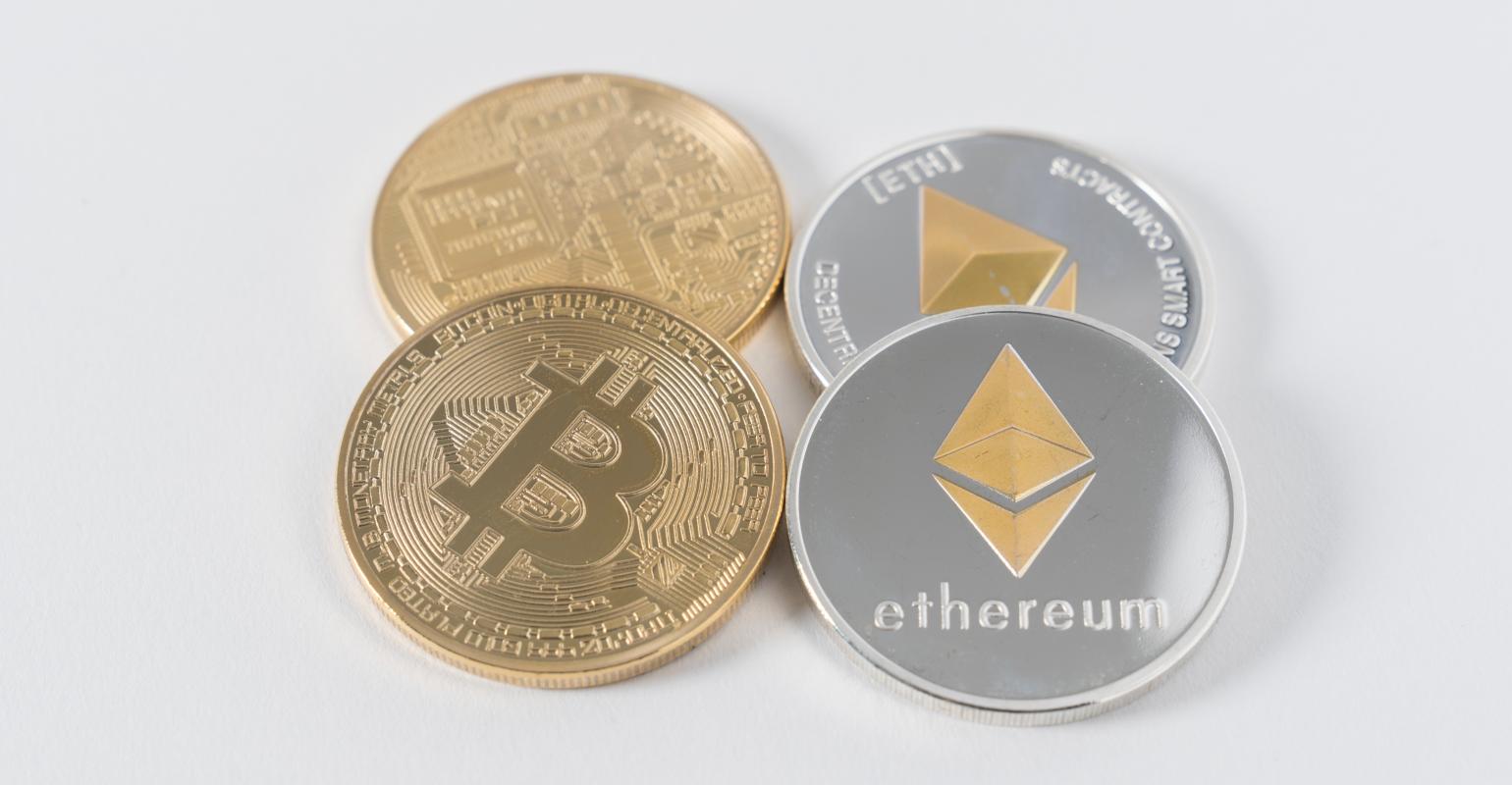 <p><strong>7.) Supply Chain</strong></p><p>Similar to how it enables cryptocurrency, blockchain also enables another technology called smart contracts. Smart contracts, in essence, are automated transactions that can be carried out along the supply chain (i.e. When Factory A does X, Factory B automatically does Y). The key to making these work is to have a distributed ledger that allows for not only identity verification for transactions but also allows for a system of accountability.</p><p>There are already some emerging use cases in the enterprise space. IBM, for example, has partned with Walmart and Nestle, among other companies, to create the <a href="https://blogs.wsj.com/cio/2018/06/25/walmart-led-blockchain-effort-seeks-farm-to-grocery-aisle-view-of-food-supply-chain/" target="_blank">Food Trust</a> to track produce shipments across the supply chain from farm to grocery store.</p><p>Skuchain, a company that developes blockchain technology for B2B trade and supply chain finance, has created a “collaborative workflow” between cotton producer Brighann Cotton, an overseas buyer, and their respective banks using blockchain technology. In a 2016 interview with <a href="http://www.ibtimes.co.uk/skuchain-explains-how-collaborative-commerce-will-revolutionise-global-trade-1589854" target="_blank">IBTimes UK</a>, Srinivasan Sriram, founder and CEO of Skuchain, said:</p><blockquote>"If you take a typical supply chain, today almost everybody views this supply chain as independent transactions – the shipment of cotton, the manufacturer who purchases the raw material cotton, and the value adder who has a deal with the end buyer. Except that they all belong to the same digital thread. What we can do with Skuchain's technology is link that thread and there is a significant amount of value to all parties when that happens."</blockquote><p><em> (Image source: Thought Catalog on Unsplash)</em></p>

One Ledger to Rule Them All? What Does an IoT with Blockchain Look Like?

Blockchain is poised to play a big role in the future of IoT. Raghu Bala, CEO of NetObjex, discusses where Blockchain should and shouldn't fit into the IoT.

The Internet has always fundamentally been about connecting humans to one another. Now, the growth of the Internet of Things (IoT) is shifting that focus to connecting devices and having them operate on their own without human intervention. Blockchain is being touted as a solution to the inherent security issues that come with this, but Raghu Bala, CEO of NetObjex, sees Blockchain playing a larger role in IoT and the future of the Internet.

Bala, who will be delivering a talk at ESC Minneapolis, “Integration of IoT Devices with Distributed Ledgers/Blockchain,” has spent much of his career focused on decentralized computing, distributed ledgers, and cryptocurrencies. His company, NetObjex, uses Blockchain to create operating platforms for disseminating IoT data. He told Design News that the value for Blockchain is really in the secure automation of transactions between devices—allowing the IoT to function autonomously and securely.

“Some people are saying Blockchain will become the actual Internet itself,” Bala said. He likens Blockchain technology today to the railroad industry. First came the rails, and then the railroad and train companies came on board, devising ways to use the rails to transport goods. Bala said Blockchain is the same, but with data being transported instead of physical goods. “Distributed ledgers are the rails, the trains are the applications, and the information is the assets,” he stated.

The issue today, Bala noted, is that there are thousands of Blockchain ledgers competing with each other. It's not unlike the early days of search engines. Hundreds (if not thousands) of search engines had to crop up before the likes of Google, Yahoo, and Bing could emerge at the top of the pack. “I think you'll have a few winners and lots of losers that will shake out ultimately in the Blockchain space,” Bala said.

Why Does IoT Need Blockchain?

It's easiest to think of Blockchain as a platform. It allows data to be secured and verified via ledgers that are distributed among all the users (or devices) that need to access it. For a transaction to go through, it must be verified by every device on the ledger—not a single, centralized source. On the cybersecurity end, this goes a long way in ensuring that encrypted and private data stays that way. But Bala said IoT needs Blockchain for reasons beyond security.

“Blockchain is very useful when you have a couple of scenarios,” Bala said. “When a group of smart products is owned by a single entity, the need for Blockchain becomes less important. But that changes once you have a device that needs to communicate across what we call cross boundaries.”

He continued, “Let's say you are collecting data. But that data is not only being observed by the entity that owns that device, but also has to be audited or viewed by multiple external parties. In those cases, you have to cross these boundaries because these entities need to trust each other. In those cases, a Blockchain would make sense.”

Bala said a simple example of this would apply to shipping. “Let's say I'm trying to ship a container from China to the US. It leaves the manufacturer in China, goes to the port, gets on a boat, arrives here, then gets on a track and comes to my warehouse. Along the way, there's something of a chain of custody. The container keeps changing hands and it also has a number of parties involved in some fashion—buyers, sellers, the buyer's bank, the seller's bank, logistics companies, insurance companies, and so on and so forth," he says.

“Now, let's say that the goods don't arrive in the right condition. There's a possibility that various parties will try to blame each other if something goes wrong. With Blockchain and IoT, we can capture information at regular intervals and record it in the Blockchain. And if we see some anomalies, we know exactly when it happened," he explained. "It definitely gives us a lot of transparency into the process, as opposed to the current shipping market, in which about five to seven percent of all international trade goes bad. With [Blockchain] technology, a lot of waste and inefficiency can be reduced.”

As the IoT grows from individual devices into a larger ecosystem of devices, Bala said inter-device communication—ensuring that various devices are able to communicate and transact—is going to become an area where Blockchain can provide a key solution.

“When we talk about IoT today, people talk about a very simplistic IoT. They're talking about a thermostat that is smart and so on. But the thermostat is operating on its own in a singular environment. They don't operate in a plurality or plural environment,” Bala said.

“What I mean by that is, let's take a car. People want a self-driving car. But a self-driving car will have to talk to the parking meter, or the traffic light, or the toll booth, or the fast food restaurant kiosk. So now, you've got two objects that need to communicate with one another," he stated. "Again, you're talking about a trust boundary. The car belongs to you, the parking meter belongs to the mall operator or the city, and now each of them don't trust each other.”

In order to have a properly functioning IoT ecosystem, Bala said devices need to be able to discover, authenticate, communicate, and transact. “So the two devices have to discover one another. Once that discovery happens, they then exchange some sort of key over some localized communications protocol, which could be 5G or Bluetooth or whatnot.”

Once the devices have shaken hands, they need to verify each other's identity. The car needs to make sure the parking meter is actually a parking meter and not some spoofed or hacked device trying to steal data from the car. “Once that authentication is over, then you can have transactions which can be monetary or non-monetary,” Bala said.

So if IoT and Blockchain are such ideal partners, what's keeping them apart? “One of the challenges has been transaction fees. When you have Blockchains that are permission-less Blockchains like Ethereum, that transaction fee is sometimes extensive,” Bala said. “And it makes it somewhat difficult for microtranscations to happen. So when you talk about devices talking to one another, they're not making big purchases. And they're making purchases of data actually and small transactions of 1 cent or 0.1 cents.”

This ties in further with the notion of there being so many different ledgers and cryptocurrencies available. Though they are decentralized and don't come from a central bank, cryptocurrencies like Ethereum, Ripple, or even the infamous Bitcoin function much like traditional currency in that they have market values and exchange rates that fluctuate based on a number of factors. Transactions between systems that use different currencies can be difficult and expensive as a result.

“The second challenge is there a lack of certain core building block and infrastructure to enable devices to communicate with one another,” Bala added. “The obstacles are there because of the lack of standardization in the ledgers, but standardization will never happen because there will always be fragmentation.”

Rather than looking for one cryptocurrency or ledger to become a global standard, Bala suggests parties would be better served by looking toward interoperability solutions. “One has to start to construct some bridges so that you can have devices that are on different ledgers communicate with one another,” he said.

A lot of people in those domains will be kicking and screaming, but I think all the people in the system will benefit from lower costs and greater efficiency.”

While protocols like Ethereum are vying to become go-to, general purpose Blockchain protocols, Bala said he finds the notion of a singular Blockchain standard highly unlikely. What's more likely is a future of specialized Blockchains, where different markets are served by the protocol best for them. “The idea of one distributed ledger to rule them all or rule the world—I think that's not going to happen,” he said. “The world will recognize the winners, who are chosen based on speed and adaptability to specific domains and needs. Those that don't adapt to needs of a particular market won't survive that long.”

The market is already seeing use cases like this. Helix3, for example, is a Blockchain platform specifically targeted at healthcare and protecting patient data. “If we look at healthcare, data is siloed and controlled by a few major providers,” Bala said. “There are federal mandates now to allow every US citizen to pull data out and know their own health records, but that data is fragmented and it's all over the place. I think some consolidation will happen there using Blockchain.”

Another example, Iota, is one of the Blockchain protocols being adopted by the Mobility Open Blockchain Initiative (MOBI), a collective of automakers looking to apply Blockchain to automotive applications. And other cryptocurrencies are being applied to energy production applications.

“I think what I see in the next five years is that we will begin to see this type of Blockchain based on these enterprise computing typologies being leveraged in various industries,” Bala said. “All of these sort of fragmented systems that have been surviving due to some inefficiency, they're bound to be disrupted. A lot of people in those domains will be kicking and screaming, but I think all the people in the system will benefit from lower costs and greater efficiency.”

Those battles are ones that Bala sees happening very soon and, in his estimation, the Internet of Things—in all of its forms and implementations—will be better for it. “Except for maybe political reasons, there's no need to maintain the status quo. There are no technical or financial reasons to continue what's going on.”