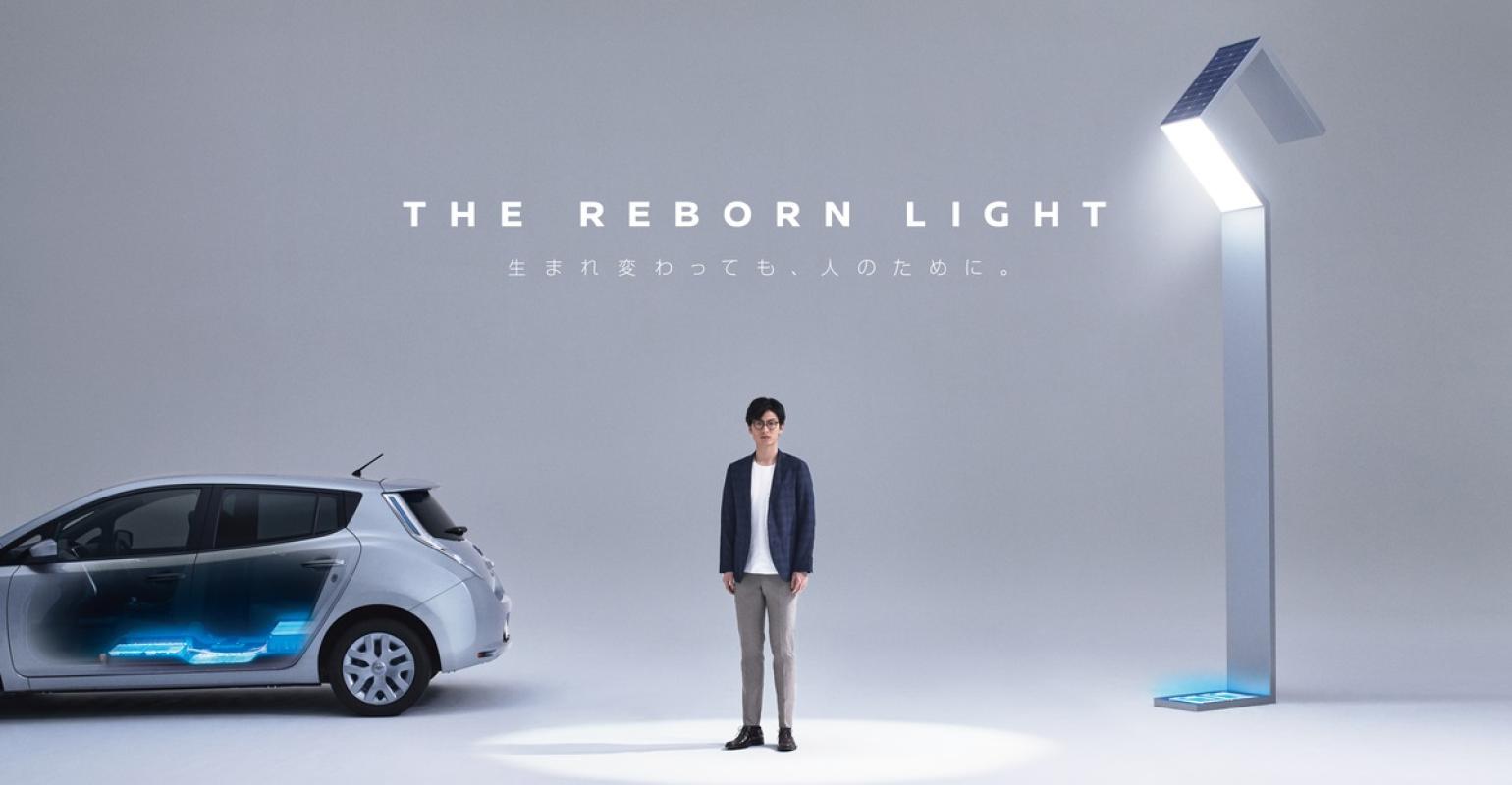 Working with 4R Energy, Nissan has joined with the town of Namie in Japan to install new street lights that are powered by reconfigured Leaf electric vehicle battery cells.

Working with 4R Energy, Nissan has joined with the town of Namie in Japan to install new street lights that are powered by reconfigured Leaf electric vehicle battery cells. The Leaf cells are charged during the day by solar panels to provide completely off-the-grid outdoor lighting. The coastal town is near Fukushima, an area that was devastated by the 2011 earthquake and tsunami.

The Nissan Leaf is the most popular electric vehicle in the world with more than 300,000 sold. The Leaf went on sale in 2010 and is powered by a lithium ion battery with an expected life of 5-8 years. That means that the batteries of some of those early Leaf vehicles are reaching the end of their useful life as transportation power. But batteries that are too depleted for use in an EV still retain about 80% of their capacity. They have the potential to be repurposed to other applications needing reliable, rechargeable energy storage.

In 2010, Nissan began a joint venture with Sumitomo Corporation in Japan to establish 4R Energy. The company was created to explore and develop applications for used Nissan Leaf lithium ion batteries, particularly in the stationary energy storage market.

The new Nissan streetlight project, which is called “The Reborn Light” features a solar panel and light source placed atop a 4.2 meter (8.9 ft.) high pole. The recycled Nissan Leaf battery cells are located in the base of the pole. A Nissan corporate website notes that 17% of the world’s population lives without electricity and stated, “Thanks to high-performance battery, we can … bring light to places that have never been lit before.”

Nissan is not the only car company that is looking at alternative applications for their electric battery expertise. Tesla’s PowerWall and PowerPack are already providing utility scale grid storage in applications in the U.S. and Australia. Daimler, maker of Mercedes-Benz and Smart automobiles, in its 2016 Annual Report, outlined the use of its battery technology for stationary energy-storage devices.

BMW has also constructed several large-scale energy stationary storage systems using recycled and reclaimed used lithium ion batteries from its i3 and i8 models. In an October 26, 2017 press release from the BMW Group, Harald Krüger, Chairman of the Board of Management of BMW AG stated, "In the interests of sustainability, today we are also presenting a concept for a second use of BMW i3 high-voltage batteries. With our Strategy NUMBER ONE> NEXT, we are looking far beyond the car itself and driving change in our industry with totally new approaches and business models.”

In addition to providing innovative lighting to the town, Nissan has located a new battery reclamation facility in Namie as a joint venture with Sumitomo and run by 4R Energy. The plant will refabricate old Leaf battery packs as the start of a new Nissan battery exchange program for owners of older Leafs in Japan. The price of the refurbished pack to customers is less than half the cost of a brand-new Nissan Leaf pack.