A Lack of Minerals Is Threatening America's Energy Future 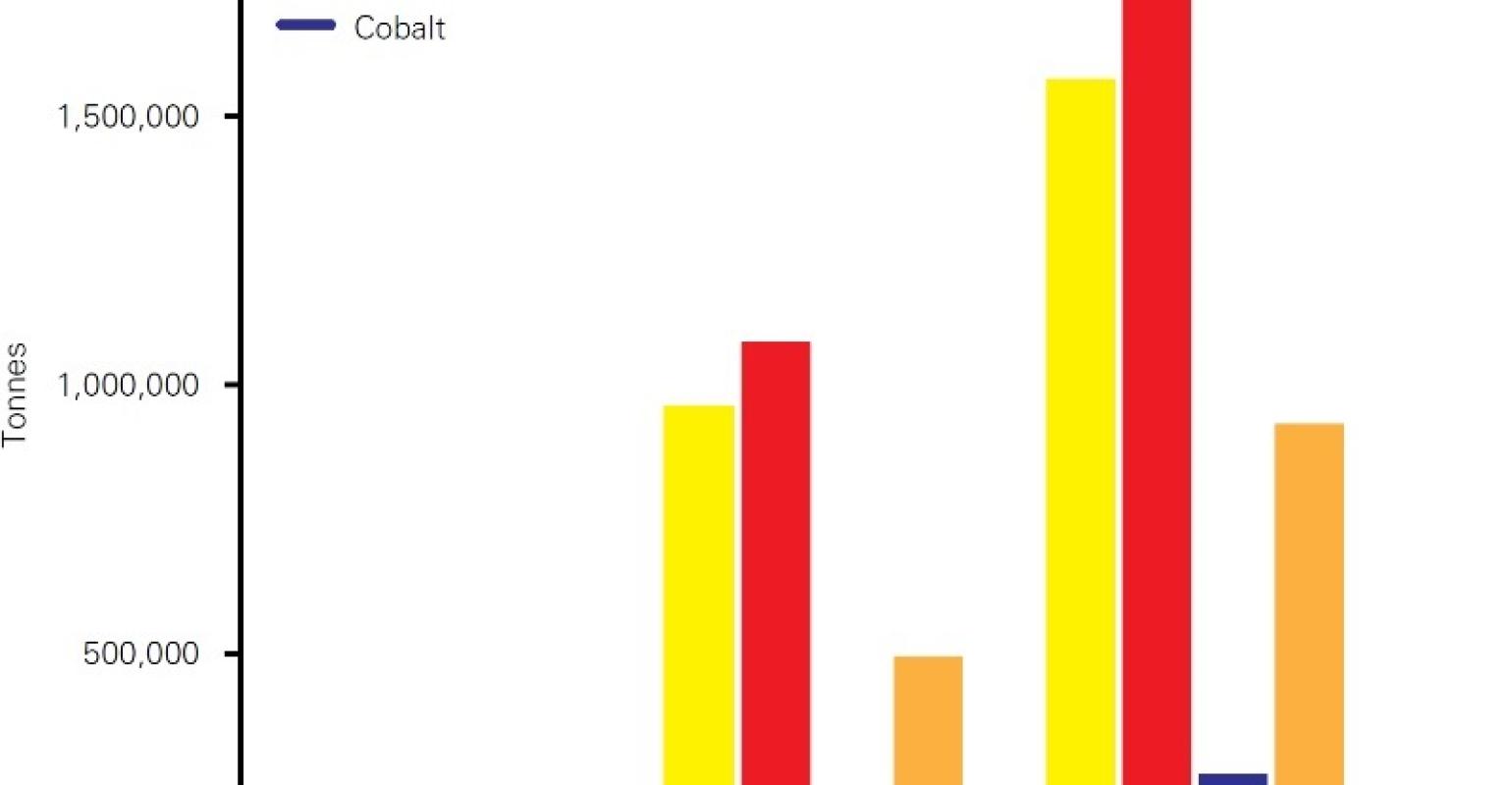 The future of American consumer electronics, electric vehicles, and renewable energy will depend upon securing sources of vital minerals for battery production.

America’s energy future has some big problems. In comments reported in a press release from the U.S. Senate Committee on Energy and Natural Resources, Committee Chair, Senator Lisa Murkowski, said the country is head in the wrong direction on mineral imports. “This is our Achilles’ heel that serves to empower and enrich other nations, while costing us jobs and international competitiveness,” Murkowski said.

Among the imported minerals Murkowski refers to are those critical to the manufacture of lithium ion batteries, the source of power for cell phones, personal electronics, electric vehicles (EVs), and that provide the electric power grid support required for increased usage of renewable energy supplies.

According to Linda Capuano, administrator for the U.S. Energy Information Administration (EIA), the United States now stands as the largest producer of crude oil in the world. In testimony before the Senate Committee on Energy and Natural Resources on February 5, she noted that in 2018, the US produced 4.4 million barrels of crude per day, surpassing both Saudi Arabia and Russia’s export rates. Combined with an increase in refineries, it means the US is poised to become a major global petroleum exporter by the end of 2020.

Murkowski told the committee US energy policy must encompass more than just fossil fuels. “Whether we realize it or not, energy and minerals fuel our 21st Century economy and standard of living. Access to energy and minerals impacts everything from healthcare, to poverty levels, to defense readiness, and the strength of our manufacturing sector,” she said.

“We are in the midst of a global battery arms race in which the US is presently a bystander," according to Simon Moores, Managing Director of Benchmark Mineral Intelligence, a collector of price data and assessments in the lithium ion battery supply chain. At the February Senate committee meeting Moore testified that control of lithium, cobalt, nickel, and flake graphite will determine the future of the energy industry. “Those who control these critical raw materials and those who possess the manufacturing and processing know how, will hold the balance of industrial power in the 21st Century auto and energy storage industries,” he said.

Moores noted that, “Since my last testimony only 14 months ago, we have reached a new gear in this energy storage revolution which is now having a profound impact on supply chains and the raw materials that fuel it.”

He was clear on the scale of growth in the segment. “Benchmark Mineral Intelligence is now tracking 70 lithium ion battery megafactories under construction across four continents, 46 of which are based in China with only five currently planned for the US. When I gave my last testimony in October 2017, the global total was at 17. Only one of these battery megafactories is American-owned [Tesla's Gigafactory 1]. This, however, was the world’s biggest battery plant and fourth biggest battery producer in 2018,” Moores said in his testimony.

According to Benchmark Mineral Intelligence, between 2023 and 2028, lithium demand will increase by over eight times, cobalt demand will rise four-fold (reflecting research aimed at reducing its usage), nickel by 19 times, and graphite materials used in battery anodes by over seven times.

In every case, China and Chinese companies control either the majority of the mineral production, or the supply of the processed chemical that is required to produce lithium ion batteries. In the case of lithium, Moores notes in the US, “…there is yet to be any major domestic plans to build either new mines or major new chemical processing capacity for the EV battery market.” For the uncoated spherical graphite which is the processed anode material that is used in lithium ion batteries, China controls 100% of the supply.

The lack of US investment in minerals is troubling. “Funding for these new sources has been limited to date as institutional investors seek safe havens for their lithium dollars - Chinese, Australian or South American companies and assets - rather than the longer-term opportunity which a US domestic supply of lithium brings,” according to Moores.

There are some North American companies that are fighting the trend. For example, Lomiko Metals, a Canada-based minerals exploration company, says its mission is finding and developing battery materials in North America to support new North American battery manufacturers.

But the demand for battery materials will depend upon the growth of EVs. "Automakers have currently made pronouncements regarding their desire to enter or expand the electric vehicle market, but they appear to be doing so for the purposes of engaging their shareholders," A. Paul Gill, CEO of Lomiko, told Design News. "However, they are waiting for the 'hockey stick' moment to truly commit and secure supply chains. That moment will come when internal combustion sales crater and electric vehicle sales spike.  It hasn't happened yet. Predictions abound [regarding] when there will be a change in consumer habits, but the best timing might be 2022."

Benchmark’s Moores is less optimistic, noting that the US controls none of the mining involved with nickel, cobalt, and graphite worldwide, and less than one percent of lithium. "While some leading automakers have started to consider investments into the key battery raw materials of lithium, cobalt, nickel, and graphite, this has been limited to long-term contracts. If the auto industry want's EVs in the millions it starts with security of supply of these raw materials. More mines and much greater capacity in the supply chain will be needed. And the automakers need to become more active in funding new supply," he told Design News.