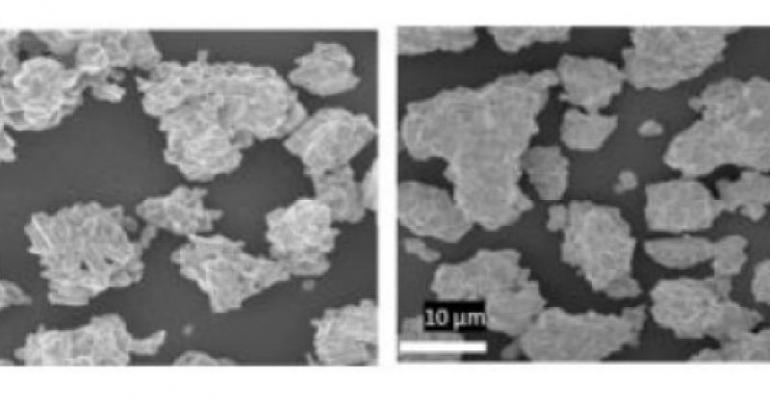 A new battery from Rensselaer researchers is fast-charging, uses environmentally friendly materials, and is well-suited for compact applications.

Researchers have developed a new design for an aqueous battery that could solve some of the performance and manufacturing issues currently associated with lithium-ion batteries as well as provide a fast-charging, small-form-factor alternative to current batteries.

A team of engineers at Rensselaer Polytechnic Institute used an aqueous electrode instead of a typical organic electrode in their design, which has several benefits to the current batteries used widely today in everything from smartphones to portable electronic devices to electric vehicles, said Nikhil Koratkar, a professor of mechanical, aerospace and nuclear engineering at Rensselaer. “Unlike traditional batteries, aqueous batteries can never catch fire,” he told Design News. “In addition, aqueous batteries are much cheaper, since water is inexpensive compared to the organic solvents used in today's battery electrolytes.”

Indeed, because water is one of the basic elements of the battery, it is far easier to dispose of the devices once they are no longer in use, said Koratkar, also a professor of materials science at the institute. “Water can be discarded, while organic solvents are often toxic and require careful recycling,” he told us.

Aqueous batteries also have advantages in the manufacturing process, which makes them more desirable than current designs. Traditional batteries much be assembled in a dry room, since the electrolyte is moisture sensitive, Koratkar said. “However if water is used as the electrolyte, then no dry room conditions are necessary,” he told us.

Researchers managed to achieve high performance in their aqueous-battery design, something they succeeded in doing by overcoming previous limitations to these designs, Koratkar said.

Aqueous batteries historically have had difficulty maintaining performance because of something called “outgassing,” Koratkar said. This happens if you apply too much voltage to water it electrolyzes; the water breaks up into hydrogen and oxygen, resulting in consumption of the electrolyte. Because of this, aqueous batteries traditionally have had a limited voltage window.

To solve this problem, the team used a special type of aqueous electrolyte known as a water-in-salt electrolyte, which is less likely to electrolyze. They also used novel materials for the cathode and anode--lithium manganese oxide for the former, and niobium tungsten oxide for the latter, which is a complex oxide that has not been used before.

“We found that the volumetric energy density of niobium tungsten oxide electrodes is outstanding due to its high density and dense packing,” Koratkar said. “Moreover, it offers very fast charging capability due to ultra-fast diffusion of lithium within channels (or tunnels) within the oxide structure.”

This combination of fast-charging capability and the ability to store a large amount of charge per unit volume is rare in aqueous batteries.

Researchers published a paper on their work in the journal Energy Storage Materials.

The team envisions their battery design well-suited for applications in which energy needs to be stored in compact spaces, such as in smart phones, laptop computers, grid storage in urban areas, and “even in automobile applications where the battery can occupy nearly the entire size of the trunk,” Koratkar said. “The fast charging capability is also very important in modern applications.”

The team plans to continue its work on the battery to improve its gravimetric performance by replacing some of the heavier elements like niobium and tungsten with lighter ones, Koratkar told us. Researchers also aim to increase the operating voltage of the battery to further improve the energy and power density. “All our tests to date are in coin cells,” Koratkar said. “Ultimately, we want to show the proof-of-concept in larger form factors, like pouch and cylindrical cells.”