Ford to Cut Sedans from Its Lineup 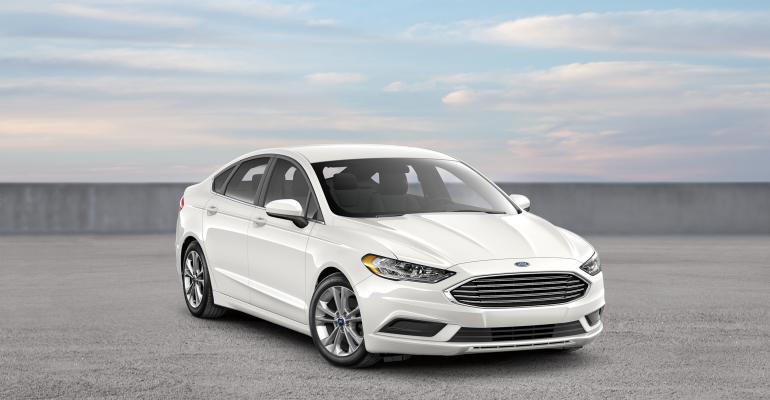 Trucks and SUVs will remain, but will gradually be converted to use hybrid and electric powertrains.

Ford Motor Co. provided a glimpse of the automobile’s future this week, announcing it would remove most cars from its product lineup in favor of electrified trucks, crossovers, and sport utility vehicles.

In an earnings call on Wednesday, the giant automaker said it plans to discontinue the Ford Fusion, Taurus, and Fiesta in North America. “By 2020, almost 90% of our Ford portfolio in North America will be trucks, utilities, and commercial vehicles, including, of course, their electrified versions,” Jim Hackett, president and CEO of Ford, said on the call. “Given declining customer demand and product profitability, we will not invest in next-generation traditional Ford sedans for North America.”

Hackett noted that there would be two exceptions to the announcement. The venerable Ford Mustang, which has existed as a model since 1965, will stay. Ford will also roll out a crossover called the Focus Active in 2019, he said.

The company’s remaining SUV and truck lineup will be kept intact and will gradually be electrified. Electrification would mean that those vehicles will be converted to mild hybrids, plug-in hybrids, or battery-electric powertrains.

Industry analysts said the announcement was not a surprise. “They’ve looked at the market, seen where it’s going, and are trying to respond,” Sam Abuelsamid, senior analyst for Navigant Research, told Design News. “They’re putting out the vehicles that people want, and then adding the technology to get the fuel economy they need.”

Ford’s announcement is a response not only to the declining popularity of sedans, but to the apathetic consumer response to electric vehicles. Electric cars and plug-ins still represent only about 1% of the US market. Ford wants to change that by first paying attention to the buying preferences of American drivers. “In our effort to make electric vehicles more desirable, we will deliver vehicles with the capability, performance, and interior design that customers need and want, but without the fuel economy penalty they used to see,” Hackett said.

To offset the lower fuel economy that trucks and SUVs get, and still meet federal fuel efficiency requirements, Ford is complementing its heavy vehicle lineup by rolling out 16 new battery electric vehicles by 2022. Six of those will be in North America. “They’re using everything in their arsenal to try to get there,” Abuelsamid said.

Ford’s new approach could be a harbinger of changes to come for the rest of the auto industry, Abuelsamid noted. “There’s been rumblings about GM dropping the Sonic and Spark from their North American lineups,” he told us. “Even the Malibu is probably not going to see a next generation.”

Toyota and Honda, which still amass big sales numbers with the Camry, Accord, Civic, and Corolla, probably would be slower to remove sedans from their lineups, Abuelsamid said.

Even if gasoline prices spike upward and the consumer appetite for trucks diminishes, Ford is unlikely to have a problem with the new lineup, Abuelsamid added. Because some of the sedans will still exist in foreign markets, Ford could easily change course. “They’ll have the flexibility to go back,” he said. “They can always shift direction again and bring those vehicles back to the North American market without having to re-engineer them.”