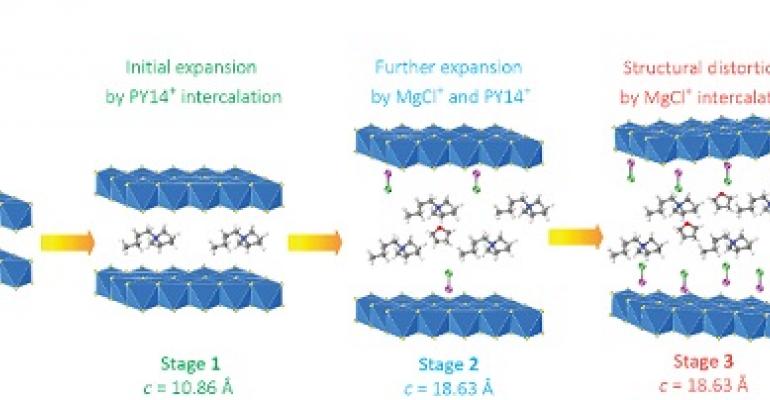 Researchers have discovered new ways to work with magnesium to improve the storage capacity for magnesium-based batteries.

Researchers have discovered new ways to work with magnesium as well as overturned conventional wisdom about the material as used for energy storage to improve the storage capacity for magnesium-based batteries.

Researchers at the University of Houston have developed a new design for a magnesium battery cathode that combines a nanostructured cathode and a new understanding for a magnesium electrolyte, said Yan Yao, associate professor of electrical and computer engineering and the lead researcher on the work.

Magnesium batteries offer significant benefits over lithium-ion batteries, the foremost of which is that there is no risk of flammability or explosion. However, the ability for these types of devices to store energy has so far been limited.

The key problem has been that magnesium is difficult to insert into a host—a requirement for battery design—for a couple of reasons, said Hyun Deog Yoo, a post-doctoral fellow and Yao’s co-collaborator on the work, which the two began in 2014.

“First of all, it is very difficult to break magnesium-chloride bonds,” Yoo said. “More than that, magnesium ions produced in that way move extremely slowly in the host. That altogether lowers the battery’s efficiency.”

Key to the discovery of the researchers—which also includes scientists from three universities and three national laboratories—is the insertion of magnesium monochloride into a host, such as titanium disulfide, for storing energy, Yao said. By keeping the magnesium-chloride bond, the cathode demonstrated much faster diffusion than traditional magnesium versions, he said.

The team published a report on their work in the journal Nature Communications.

Researchers managed to avoid breaking the magnesium-chloride bonds and rather expanded the titanium disulfide to allow for the insertion of magnesium chloride in a four-step process called intercalation, they said. By retaining the bond, the team was able to double the electrical charge that the cathode could store, Yoo said.

Although the opening was still small—1.8 nanometers versus the previous .57 nanometers—it still allowed for the magnesium chloride to be inserted, Yao said.

“We hope this is a general strategy,” his colleague Yoo said. “Inserting various polyatomic ions in higher voltage hosts, we eventually aim to create higher-energy batteries at a lower price, especially for electric vehicles.”

The new battery has a storage capacity of 400 mAh/g, compared with 100 mAh/g for magnesium batteries previously developed. To compare, commercial lithium-ion batteries have a cathode capacity of about 200 mAh/g, Yao said.

One area that could use improvement, however, is the voltage of the magnesium battery, which is about one volt compared to three or four volts for typical lithium-ion batteries. The team plans to continue its work on the battery to raise its voltage as well as make other improvements, researchers said.