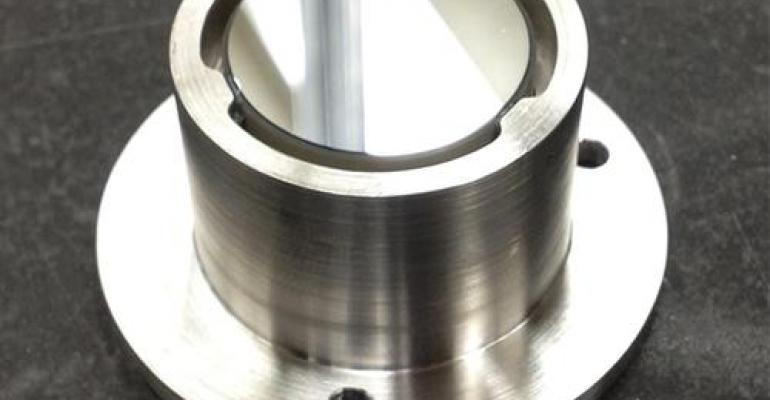 Combining different gradient metal alloys in one object has been achieved before in the lab, but using standard manufacturing methods has its problems. For example, welding two subcomponents made of different metals so a part has two different sets of mechanical and physical properties leaves a weld that could break under stress. That's not exactly OK in space.

3D printing them all in one production piece would give huge benefits to engineers designing custom parts of a spacecraft. They often need to create a multi-metal part that can't be made using traditional subtractive manufacturing techniques, or existing 3D printers. But that involves a different set of problems compared to 3D printing single or multiple plastics, such as the lower viscosities and higher melting temperatures of structural metals. 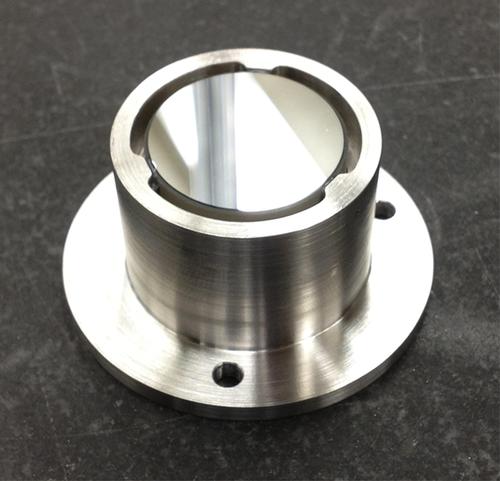 As it turns out, JPL researchers say they've been developing a technique for making gradient alloys over the past four years. It started with the decision to improve the methods the team was using for making parts containing different combinations of metals during NASA's Mars Science Laboratory mission. That's the one that landed the Curiosity rover on Mars. The JPL team decided to pursue 3D printing for achieving the combinations they wanted, and joined with Caltech and Pennsylvania State University, University Park researchers.

As they describe in an article published in Scientific Reports, the team combined a laser deposition process with a rotational deposition process so metal powders can be changed on the fly during printing. Instead of adding layers from bottom to top, this method adds layers from the inside out by depositing metal layers on a rotating rod. The team also describes a method that deposits layers in a more traditional linear fashion.

The result is a component with radially graded alloys occurring from the object's center to its periphery. The team says it chose laser deposition because this process is excellent at creating parts with net shapes in custom alloy compositions. That's because it's quite easy to add different element or alloy powders into the melt pool during fabrication. In the article, the team also provides a roadmap for developing prototype gradient alloys with multifunctional properties, and multi-component phase diagrams for selecting the right compositions in order to avoid unwanted phases. A method for combining metals with carbon fiber composites is also described.

Aside from spacecraft, other applications for components made with this method may include commercial aerospace and automotive parts.