HomeElectronicsBattery/Energy StorageSpace Batteries go from Infinity to Even Further
Recent
Electronics
Researchers Use AI and Stimulation to Strengthen the Brain
Nov 30, 2021
Carbon-Fiber Composites on a Roll in Auto Wheels
Nov 30, 2021
Our First Drive in the Lucid Air EV
Nov 30, 2021
How to Build a Better Industrial Automation System Using PLCs
Nov 30, 2021
POLL
Getting Started with Cpputest for Embedded Applications
Nov 30, 2021
Opportunities for High-Performance Polymers in the Semiconductor Space
Nov 30, 2021
Meet the Most Comfortable Keyboard on the Planet
Nov 30, 2021
Mobile Plastic-Waste Upcycling Platform a Finalist in World Design Awards
Nov 30, 2021

Space Batteries go from Infinity to Even Further 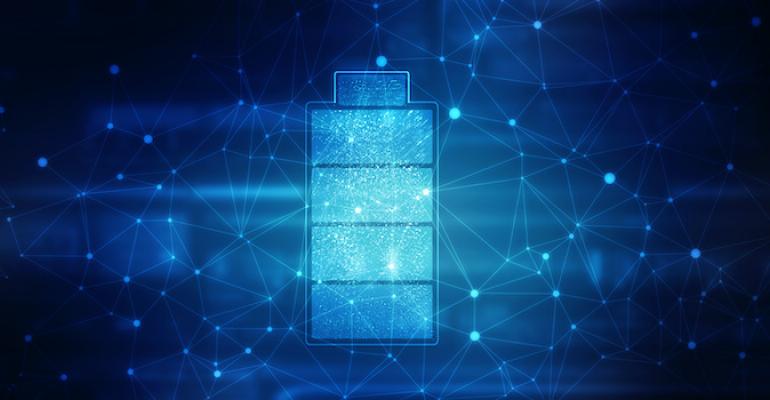 Knowing the right battery and recharging mechanism for the mission is critical in space travel.

The global space battery market is projected to grow at a healthy rate, reaching US $146.1 million in 2023, according to a Research and Markets report. This growth is in large measure due to the launching of hundreds of Internet of Space communication satellites by One Web, Space X and others. These constellations are expected to provide fast Internet capabilities to even the remotest parts of the planet.

Another driver for the growth of space batteries is a significant uptick in government space budgets and activities. For example, US-based Northrup Grumman was recently awarded $2.3 billion for a Space Force contract to develop missile-warning satellites. Additional, NASA's first crewed space craft in over 9 years will launch atop a SpaceX Dragon rocket from U.S. soil within the next few weeks.

Finally, recent advancements in battery technology are helping to boost demand in space applications. Advanced batteries now have a specific energy of 500 Wh/kg and can deal with irksome problems like thermal runaway, caused by overcharging.

Lithium ion technology is still the preferred way to reach the high specific energy goal, as shown in the Ragone plot that compares the energy density of various devices. The chart plots values of specific energy (in W·h/kg) versus specific power (in W/kg). Both axes are logarithmic, which allows comparing performance of very different devices. For reference, lead-acid batteries are still typically used in gas powers commercial vehicles while lithium-ion batteries are associated with portable electronics such as laptops and mobile phones.

The secondary battery market is the segment experiencing the most growth. Secondary batteries serve as the only source of power after short-duration primary energy sources are depleted or during an eclipses or other conditions where solar panels cannot be used. Secondary batteries are used to deliver power during periods when the space vehicle is out of direct sunlight, e.g., for the half of an orbit of a low earth orbit (LEO) satellite that is in the shadow of the earth.

Secondary batteries generate electrical current from a chemical reaction. They are re-charged from other energy sources, such as solar and radioisotope (nuclear) generators. To choose the best secondary battery type for a space mission, engineers must consider where the space vehicle is traveling, what it plans to do at its destination and how long it will need to supply power. Let’s briefly consider the main recharging technologies.

Spacecraft that orbit the earth are close enough to the Sun to use solar power. These spacecrafts have solar panels which convert the Sun's energy into electricity that powers the spacecraft and recharges the secondary batteries. Solar panels in space operate in the same manner as on the Earth. The only difference is the harsh environmental conditions in space and the occasional meteor shower.

Solar energy has been used to power spacecraft on the moon and Mars. For example, NASA's Mars Exploration Rovers, Spirit and Opportunity, and the Mars’ Phoenix lander all used power from solar panels.

While solar panels find increased use in space, the traditional source of power for recharging batteries was nuclear. For space applications, nuclear power is typically based on small fission systems or radioactive decay for electricity or heat. The latter has gained popularity in recent times. Radioactive substances like plutonium-238 generate heat as they decay into other elements. Radioisotopic power systems make use of this heat as fuel to produce useful electricity for use in a spacecraft. Such radioisotope thermoelectric generator (RTG) systems have been used on US satellites since 1961. They are particularly suited for long space missions such as those of the Voyagers, which are still sending back information after more than 40 years in space.

Newer technologies for nuclear battery power sources in spacecraft include a class of materials known as skutterudites. Researchers are studying the use of these advanced materials in a proposed next-generation power system called an Enhanced Multi-Mission Radioisotope Thermoelectric Generator (eMMRTG).

Regardless of the energy source, it’s important to find the best way to recharge space batteries to meet the mission needs and beyond.