EV Battery Demand Will Soar in 2017 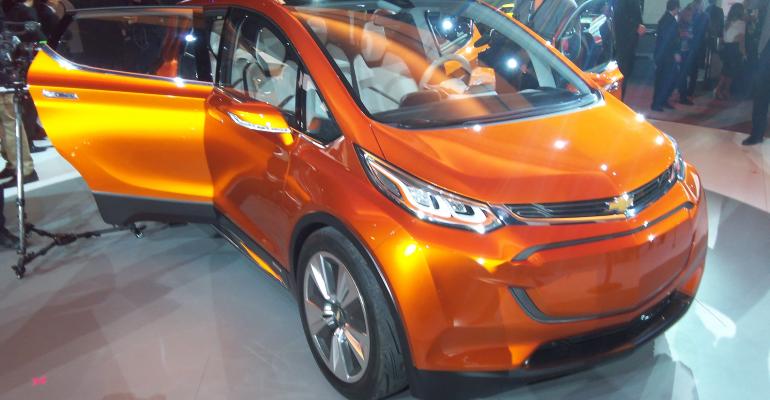 The key to the market growth, experts say, is the use of battery packs that are in some cases two to three times bigger than those employed in electric cars just five years ago. “When you look at some of the models coming out -- like the BMW i3, the Volkswagen e-Golf, and the Chevy Bolt -- you can easily see that pack sizes are getting larger, Christopher Robinson, an energy storage analyst at Lux Research Inc., told Design News. “And 2017 is the year that a lot of those models are releasing the bigger packs.”

By incorporating bigger batteries, the new vehicles will offer greater all-electric ranges. The Chevy Bolt, for example, will feature a battery of approximately 60 kWh, which is expected to produce a range of 238 miles. Similarly, the Tesla Model 3 is expected to use a battery of more than 50 kWh to produce a range of about 215 miles when it hits the streets late in 2017. And Volkswagen recently announced that its new e-Golf will feature a 35.8-kWh battery, resulting in a range of about 120 miles. Other big battery improvements are expected from Nissan’s all-electric Leaf and the BMW’s i3.

The new batteries represent a huge capacity increase over the batteries of just a few years ago. The much-hyped 2011 Nissan Leaf, for example, offered a 24-kWh battery and an EPA range rating of just 73 miles.

For battery makers, all of this translates to a bigger market with greater manufacturing production. And some of it has already begun. Lux Research estimates that worldwide EV battery production hit 5.6 GWh in the third quarter of 2016 alone. Moreover, annual production could approach 20 GWh in 2017, the firm said. By comparison, industry-wide production of EV batteries was just 8 GWh as recently as 2013.

Larger production numbers are, in turn, yielding economies of scale and lower costs, Robinson said. In 2015, GM executive vice president Mark Reuss presented a slide at an investors’ conference showing that EV battery cell costs would drop to $145/kWh by 2017, and to $100/kWh by 2021. Similarly, Tesla executives have publicly stated that the cost of their packs (cells, cooling systems, and electronics) is about $190/kWh.

Lux researchers believe the most recent figures from Tesla and GM are the industry’s best, and that not all OEMs are reaching those figures, however. “Those are the two best-case scenarios,” Robinson said. “OEMs who can’t command the same volumes as GM and Tesla are probably looking at closer to $250 to $300/kWh for the cost of a cell.” He added that LG Chem, which makes the battery for the Chevy Bolt, has razor thin margins and may not be making any profit on those Bolt batteries.

Still, the cost numbers will continue to decline, he believes. “The economies of scale that lithium-ion has achieved are impressive,” Robinson said. “And the cost reductions have come quicker than most of the industry expected.”