What’s Changed — and What Hasn’t — in Extrusion Technology 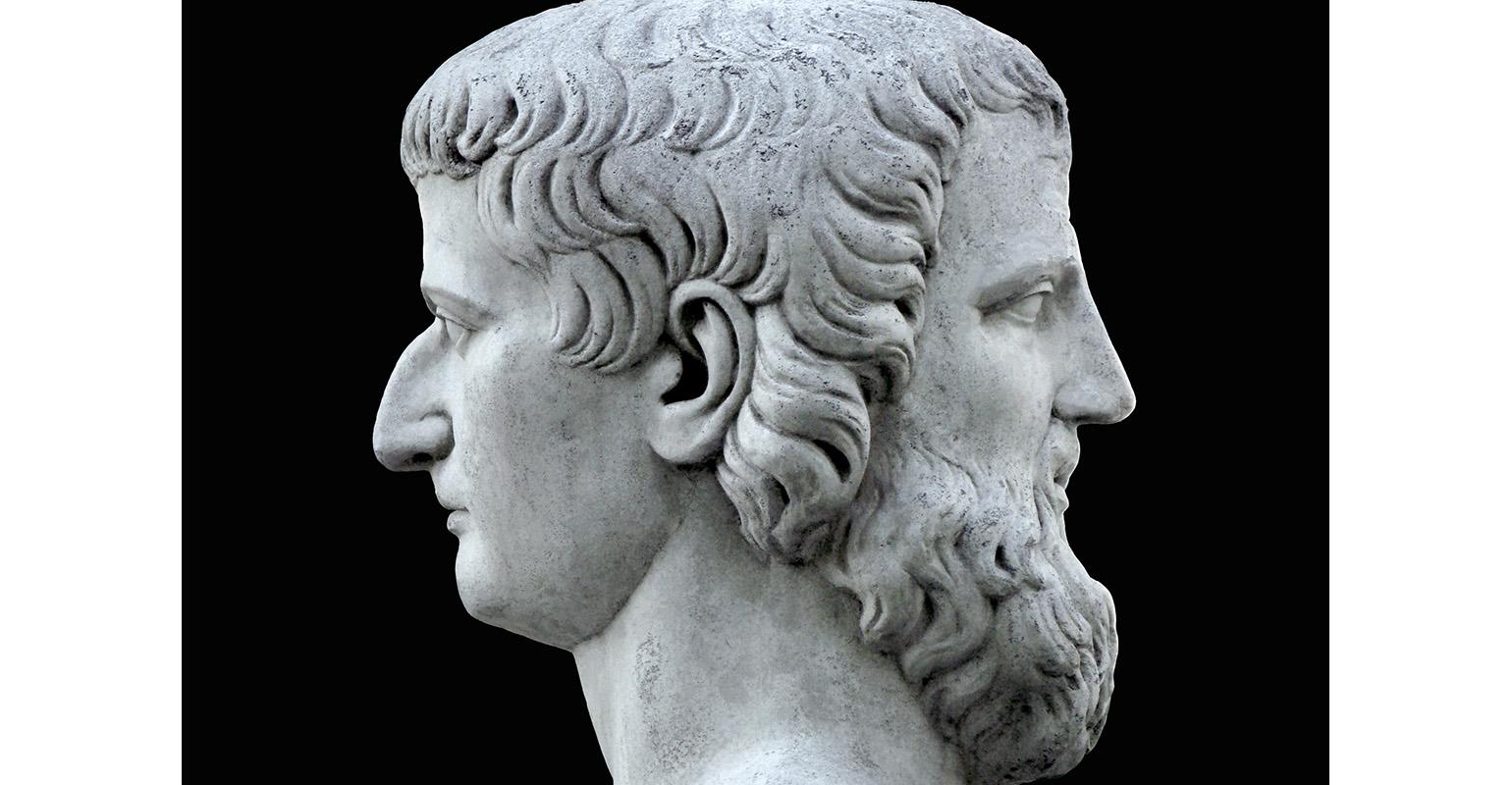 The basic principles of extrusion remain unchanged, but the markets and materials, especially additives, continue to evolve.

January is named for Janus, the Roman god with two faces, one looking backward and one forward. It reminds us to remember the past as we can learn from it — and from us elders — but also to look to the future, so we can plan for it. Janus is the god of doorways, transitions, and beginnings.

January was not the first month of the year for the Romans and other agricultural societies, which start the year in late March or April when plowing and planting begin in the northern hemisphere. (The Australians and Argentinians have to deal with this as January is the middle of summer for them). That’s why we call the last four months in our year by the numbers seven, eight, nine, and 10 (septem-7, octo-8, novem-9, decem-10) and not nine, 10, 11, and 12. The 12 months/year is set by the moon, which moves around the Earth 12 times a year, or once a month, but not exactly, which is why we have leap years.

Extrusion, looking back. I’m grateful that the basic principles have stayed the same as far back as I can remember. We still need to heat the material to a viscosity low enough to push it through a shaping hole — the die — and then cool it while holding or sometimes changing its dimensions. Then we cut it into lengths or roll it up. The heating and pushing are still done by one or two screws, sometimes with a little help via preheating and gear pumps. You can review these basics by accessing my on-demand webinar for PlasticsToday.

Extrusion, looking forward. The biggest challenge here is the market. Plastics are seen as a necessary evil by the general public, which also means votes for legislators. The current positive uses of plastics to fight the COVID-19 pandemic — extruded film for PPE and packaging, clear sheet for interpersonal barriers, synthetic fibers for masks — are keeping more of us alive and have made plastics more necessary but no less evil, at least in some minds. For more on this, see my article in PlasticsToday or call me directly. This mindset won’t change quickly, if at all, but we need to understand its cause better and work on debunking the evil image, not just float on the ocean of people who need belief in the impossible and, thus, fear science.

Changes in machinery? Not much. Data acquisition is now ahead of the industry’s ability to use it. There is a place for artificial intelligence, but as materials will remain the biggest cost factor, it can only nibble at reducing manufacturing cost.

Materials will change, too. Bio-sourced plastics can become more important if we use agricultural and food-processing waste to make polymers cheap enough to compete with petro-sourcing. Remember that the original materials — oil, sugar, ag waste — are not the only nor often the main contributor to material cost and environmental impact, as a lot happens to those original molecules before they can be extruded or molded. Oil is now around $50/barrel, and a barrel weighs around 290 lb. That is $0.17/lb, well below the current price of any plastic.

Bio-sourced materials may or may not be bio-active. Bio-active refers to degradables, which are angelized by the public, despite negative effects on recycle quality and increased cost (so far). Extruding them is not a deterrent. We have already learned to extrude melts of widely varying viscosities. As long as the viscosity doesn’t vary within a lot, we can manage, especially with the aid of additives (see below). And even with in-lot variation, blending/mixing/testing can raise values if the equipment, time, experience, and markets are there.

Recycling is an extrusion activity in itself, also angelized and sometimes even financed, often mindless of its energy needs — chemical/advanced recycling vs. pyrolysis vs. mechanical vs. use-less-stuff, which is what the public wants to avoid.

Spicing up the recipe.

Additives are where I see significant change, especially for heat resistance, so scrap and trim can be more economically used, and for reduced degradation in extrusion. Purges that coat the inner surfaces of the head and die can pay for themselves by lengthening time between cleanings if the increased production can be profitably sold. Otherwise, running faster risks product quality, a worry with all speed-based activity. It takes courage to know the difference between maximum and optimum.

Some additives actually lengthen the polymer chains and improve properties beyond their original values. These are already well-known in crosslinked polymers (PEX) and solid-stating of PET, which works faster on thin bottle flake than on more compact pellets. Compatibilizers do the same thing for multi-polymer mixes but may need some market-driven pull to increase their use. The chemistry is already well known. They are expensive per pound or kilogram, but very little is needed, and the tech problem here is uniform distribution. The underlying problems of low-cost collection and variability of feed are the critical ones. The distribution is necessary but manageable.

Adding ingredients on-line is well known for colorants and a few others such as slip agents. I expect to see more of this for heat stabilizers and maybe UV absorbers, too. This means a shift in responsibility from resin supplier to processor, which will favor those processors with the ability to experiment. The resin suppliers used to be very helpful here (that’s what I did for many years), but not so much anymore, as price, purchase terms, and order volumes must rule in worldwide competition.

Allan Griff is a veteran extrusion engineer, starting out in tech service for a major resin supplier, and working on his own now for many years as a consultant, expert witness in law cases, and especially as an educator via webinars and seminars, both public and in-house, and now in his new audiovisual version. He wrote Plastics Extrusion Technology, the first practical extrusion book in the United States, as well as the Plastics Extrusion Operating Manual, updated almost every year, and available in Spanish and French as well as English. Find out more on his website, www.griffex.com, or e-mail him at algriff@griffex.com.

No live seminars planned in the near future, or maybe ever, as my virtual audiovisual seminar is even better than live, says Griff. No travel, no waiting for live dates, same PowerPoint slides but with my audio explanations and a written guide. Watch at your own pace; group attendance is offered for a single price, including the right to ask questions and get thorough answers by e-mail. Call 301/758-7788 or e-mail algriff@griffex.com for more info.

PET SmartCAN Canister Versus the Composite Can: Plastic Wins
Jun 25, 2020