Home>Materials
Recent
Materials
Advances in Catheter Manufacturing
May 18, 2021
The 2021 State of Manufacturing Report: Swift Moves to a Digital Future
May 18, 2021
NVIDIA Omniverse Brings BMW a 30 Percent Boost in Production Planning Efficiency
May 18, 2021
How Artificial Plants Are a Sunlight-Powered Hydrogen Fuel Cell Game Changer
May 17, 2021
Why is Clock Jitter a Big Deal as PCIe 5 Gen Moves Into the Modern Data Center?
May 17, 2021
Individually, These Robots Are Dumb. But When They Work Together? Awesome!
May 17, 2021
Want a Job? Here Are 21 Hot Engineering Gigs for 2021
May 17, 2021
This Breathtaking Bugatti Hypercar Reveals its 3D Printed Secrets
May 17, 2021 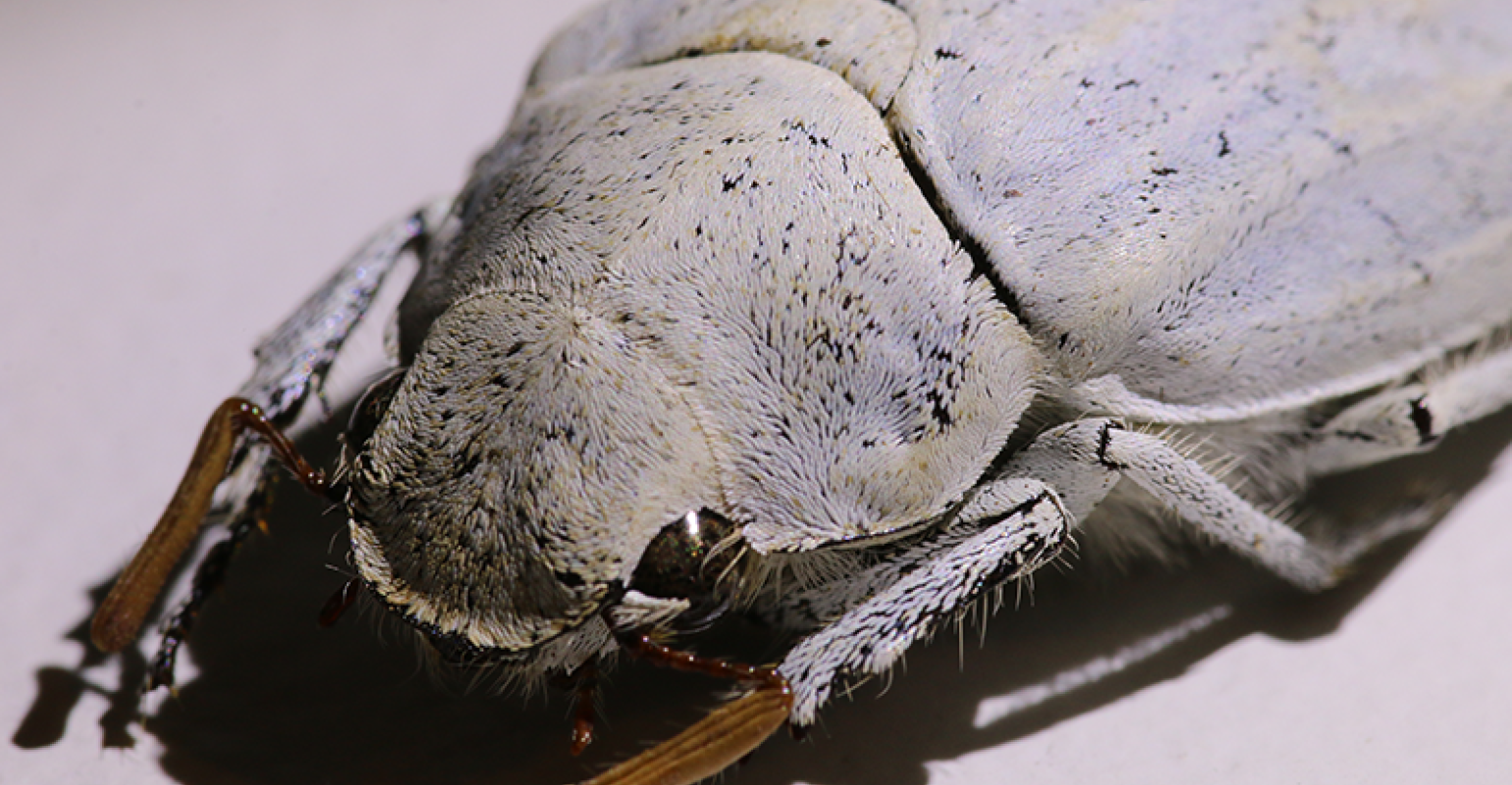 The way beetles produce ultra-white scales inspired researchers at the University of Sheffield to find a way to reduce the carbon footprint of commercial white paints.

Researchers are constantly turning to nature to inform new scientific and synthetic designs. Scientists at the University of Sheffield are some of the latest to use the natural world for inspiration by studying beetle scales to use recycled plastic to help create a sustainable alternative to a material used in white paint.

A team led by Andrew Parnell, from the University of Sheffield’s Department of Physics and Astronomy, noticed that the scales of the Cyphochilus beetle are some of the brightest whites in nature, appearing this way without the use of pigment or dyes. Instead, this ultra-white appearance is created by the nanostructure in their tiny scales, he said.

“It turns out that the natural world is able to create fantastically white materials using porous foamy structures,” Parnell explained to Design News. Specifically, the foamy structure of the beetles’ scales had the right proportion of empty spaces, which optimize the scattering of light and creates their brilliant white coloring, he said.

“This is very different to how modern paint films work,” Parnell explained to Design News. “[It is] normally a varnish made of soft colloidal particles that coalesce to make a stable film; these contain filler particles that have much higher refractive index than the polymer film in which they are imbedded.”

In commercial paints, light scattering at the interface between these materials provides the key to making white paints and coatings, he explained. “The better they are at scattering light, the thinner the layer can be, meaning that you don't have to apply many coats of paint,” Parnell told us.

By studying the porous foamy structures beetle scales use to appear so white, his team could take recycled plastic that would normally be burned or sent to a landfill, and structure it in the same way, he said. “This would make paint with a much lower carbon footprint and help tackle the challenge of recycling single-use plastics,” Parnell told us.

Typical white paint sold commercially has a large carbon footprint due to the materials used in it, Parnell said. The current material used to provide opacity in paints is a high refractive index material called Titanium dioxide, or TiO2.

“Around 60 percent of the embedded carbon in paint comers solely from TiO2,” he explained to Design News. “If we could reduce somewhat or even eliminate TiO2 from paint then the energy savings would be very important for the paints and coatings industry.”

To create a sustainable paint based on the same principle that makes beetles’ scales so white, researchers used simple commodity polymers like cellulose acetate in overhead transparency sheets to accurately mimic and even surpass the scattering of light achieved by beetle-scale nanostructure, Parnell told us.

“The process we used to make the nanostructure in the films is very general, and so it would be possible to apply it to any commodity polymer that would otherwise be discarded and not effectively recycled and/or reused,” he explained to Design News. “So in effect we can give polymers like polystyrene a second use as an optical nanomaterial.”

The University of Sheffield team collaborated with coatings company AkzoNobel, makers of Dulux paint, on the project. The team published a paper on its work in the journal Nature Communications Chemistry.

The method the team used to produce paint also could be used in other commercial materials that are white but also use TiO2, such as sunscreen and other coatings, Parnell said.