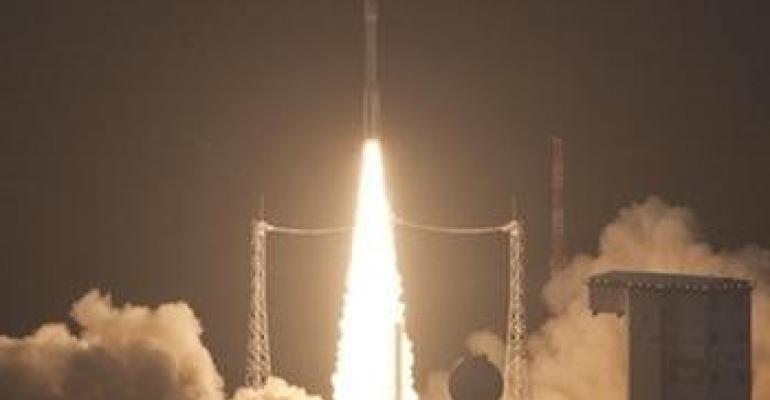 The new Vega satellite launcher, which recently completed its maiden flight for the European Space Agency (ESA), is the first in what's expected to be a new class of launch vehicles with carbon-fiber composite shells. The Vega is designed to be a compact tool for economic launches into polar and low-Earth orbits for the multiple European satellites used for scientific and earth observation missions.

Design engineers are applying carbon-fiber reinforced (CFR) composites to satellite launch vehicles for the same reason they're using this material in cars, planes, and wind turbines: a higher strength-to-weight ratio than metals. That means you can make a large object lighter or a small one stronger. In the case of launch vehicles, keeping the vehicle small and making it stronger as satellites get bigger is the primary gain. 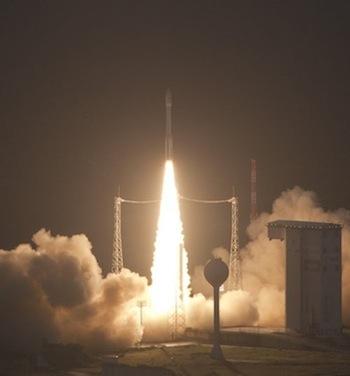 The launcher was designed and developed in Italy by the Avio Group, the program's prime contractor. Unlike most other small satellite launchers, the Vega can send multiple payloads into orbit on a single trip. It will transport mainly lower-cost satellites weighing 300-2,500kg and is expected to ease the strain on the rest of the satellite infrastructure, which serves larger, more costly satellite launches.

"Vega is the first launcher that is entirely made of carbon fiber [composites], with advanced digital controls and high configuration flexibility that make it capable of launching satellites of different sizes and functionalities in the same mission," Francesco Caio, Avio's CEO, said in a press release.