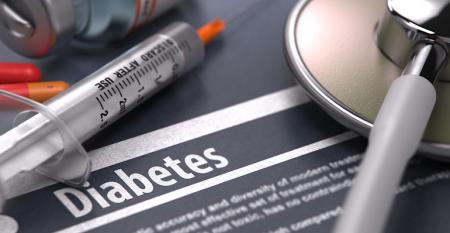 Garmin Takes its Wearables to the Next Level with Dexcom Collaboration
Oct 26, 2021
The partnership continues Dexcom’s deep dive into software-based solutions for diabetes.

Deep Dive: Why Hardware and Vehicle Emulation Testing for ADAS/ADS Are so Important
Oct 05, 2021
This deeper dive looks at the reasons why hardware and vehicle emulation are critical for ADAS/ADS testing.

Electronic Neural Bypass Reestablishes Sense of Touch in Paralyzed Patients
Oct 04, 2021
Research shows that a minimally invasive brain implant can reach the sulcal areas of the brain to increase...

Best Way to Prevent Another 9/11? Use Tech to Connect the Dots
Sep 08, 2021
The New York City Counterterrorism Bureau was launched to use technology to help prevent terror attacks.

Good Reads: Is Your Favorite Design News Article in the Top 10 for August?
Sep 01, 2021
We've rounded up the top 10 most popular Design News articles for the month of August in one convenient place.

Ready for Environmentally Friendly Electronics? Try This Disposable Watch
Aug 18, 2021
The device and nanocomposites used within it pave the way for more environmentally friendly components in future designs.

3D-Printed Sensor in Plastic Housing Opens New Avenues in Automation
Aug 16, 2021
Manufactured with Arburg’s freeformer system, the PBT-based sensor can now be used in applications such as robotic grippers.

Sensing Vital Signs Through the Air Is Amazing. 60GHz RF Tech is Why
Aug 11, 2021
The latest 60GHz Radio Frequency tech is delivering significant improvements in personal safety and well-being.

Impressive Speaker List Grows at Physical DesignCon Show. Maybe You Should Go
Jul 27, 2021
A new raft of speakers has been confirmed for DesignCon 2021 as a physical event at the San Jose McEnery Convention Center, CA.

How Stereoscopic Cameras can Supplement Lidar for Better Automotive Advanced Driver Assistance Systems
Jul 21, 2021
Stereoscopic imaging can serve as an alternative or a redundant system to Lidar for ADAS or higher levels of autonomy.

Recording the Brain at Work with Thousands of Sensors
Jun 23, 2021
The next-generation Neuropixels 2.0 probe can record from more than 5,000 sites in the brain, while minimizing tissue damage.
Load More