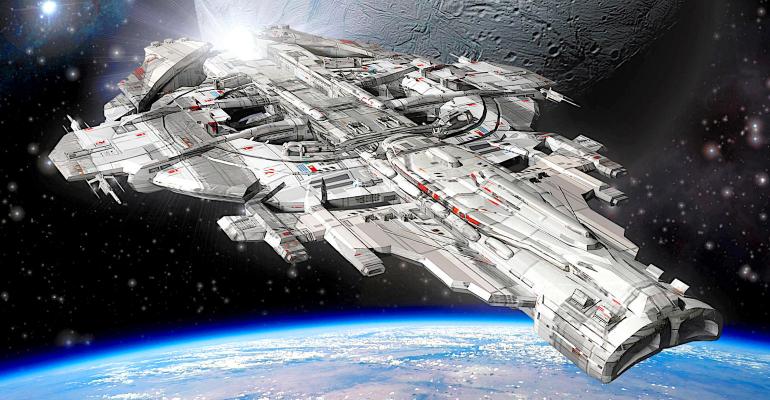 What types of sensors, actuators, displays, and processors would you choose to build a control system for a starship meant to fly for generations?

I read a lot of science fiction (SF) stories. I probably read more than is good for me, if the truth be told. As part of this, I enjoy a wide variety of sub-genres, such as post-apocalyptic scenarios that explore possible human responses to the destruction of society as we know it.

What? You want examples? Well, I’m sure we’re all familiar with low-hanging fruit like The Stand by Stephen King. Also of interest, although not so familiar, is Empty World by John Christopher. This tale has many parallels to the current coronavirus pandemic with which we’ve been struggling for the past couple of years (e.g., a plague originating in India starts to spread around the world; countries try to close their borders but it’s too late; at first it appears that only older people are affected but then younger folks start to succumb; and so it goes).

Other well-known tales of this sub-genre include The Day of the Triffids, The Kraken Wakes, and The Chrysalids by John Wyndham. But how about a few that are less familiar? By some strange quirk of fate, there are several that I would strongly recommend off the top of my head, such as Songs from the Stars by Norman Spinrad, Eternity Road by Jack McDevitt, and Riddley Walker by Russell Hoban. The latter is set roughly two thousand years after a nuclear war has left the survivors with a level of civilization similar to England's prehistoric Iron Age.

There’s an interesting twist in that it’s told from the perspective of the young narrator, Riddley, who speaks an imaginary vernacular inspired by the dialect of Kent as it might have evolved over the generations. As a result (and much like A Clockwork Orange by Anthony Burgess), it’s not until you are approximately a third to halfway through the book that you have a clue what he’s talking about, at which point many readers return to the beginning and start again.

Suppose someone came to you and asked you to build some form of machine that could run for 10,000 years with minimal maintenance and without power*, how would you set about achieving this task? (When I say, “without power,” I’m talking about things like electricity from the grid or a backup generator.) One example of such a mechanism is the Clock of the Long Now. The first three basic design principles and requirements for this device are as follows:

The main power for the clock is provided by regular human winding of a falling weight. However, the clock is designed to keep time even when not being wound: "If there is no attention for long periods of time, the clock uses the energy captured by changes in the temperature between day and night on the mountain top above to power its time-keeping apparatus."

Another SF sub-genre that appeals to me involves generation starships. As described by the Wikipedia: “A generation ship, or generation starship, is a hypothetical type of interstellar ark starship that travels at sub-light speed. Since such a ship might take centuries to thousands of years to reach even nearby stars, the original occupants of a generation ship would grow old and die, leaving their descendants to continue traveling.”

Looking at the state of the world around us – as exemplified by the drongos and plonkers who seem to rise to the top of governments (thankfully I’m not bitter) – it’s not hard to envisage how things could go pear-shaped. One classic contribution of this ilk is Orphans of the Sky by Robert Heinlein. Less well-known, perhaps, but one of my personal favorites is Captive Universe by Harry Harrison. (I also really enjoyed the recent Passengers movie, irrespective of the silly reviewers who panned it).

The reason for my meandering musings is that I’ve been pondering what it would take to create a control system for a generation starship. On the one hand, I do love the look-and-feel of a vintage toggle switch. In the modern Netflix incarnation of Cowboy Bebop, which is set in the year 2171, for example,

our heroes spend a lot of time flying around in a spaceship whose control panels are festooned with an abundance of vintage toggle switches. But how would these fare over hundreds or thousands of years in a generation starship scenario – especially one in which significant personnel problems arise and maintenance becomes nonexistent? Not well, I fear.

In the not-so-distant future, we may develop technologies based on super sensors coupled with optical computers boasting holographic interfaces. I for one can’t wait, but what are we going to do in the meantime? Well, in my recent column, We Need Switches Appropriate for the 21st Century, I introduced the TouchPoint Z from UltraSense Systems. Smaller than a grain of (short grain) rice, this little scamp boasts an ultrasonic transducer, four piezo strain sensors, an analog front end (AFE), and a microcontroller (MCU).

The TouchPoint Z can be mounted behind, or embedded in, the control surface of your choice, thereby protecting it from contaminants, for example. The ultrasonic transducer can detect the presence of a finger, while the strain sensors can detect the amount of pressure being applied.

OK, I think we’ve addressed the switch portion of our generation starship’s control system. I’ve done my part, so the next bit is up to you. What types of sensors, actuators, displays, and processors would you choose if the task of building such a system was handed to you?