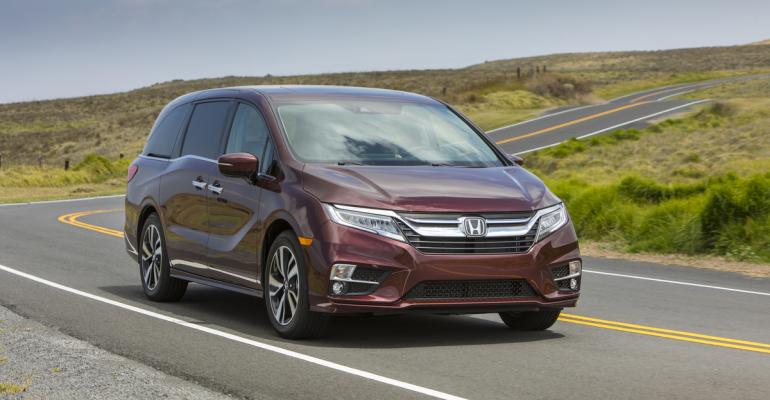 Not long ago, Honda and Toyota were the auto industry’s perennial leaders in vehicle reliability – the top two, year after year.

Not anymore, though, according to the latest data from Consumer Reports. In the magazine’s 2019 reliability study, released last week in its annual auto issue, Toyota maintained its reputation for high reliability, while Honda continued a multi-year slide. “At one time, Honda and Toyota were almost like interchangeable names – they built the most reliable cars,” Jake Fisher, director of auto testing for Consumer Reports, told Design News. “But it seems like they’ve changed course.”

The most telling evidence of the change lies in the Honda Odyssey minivan. The Odyssey, once an industry mainstay in terms of reliability, received the magazine’s lowest rating, a “one” out of a possible five points. Trouble areas included in-car electronics, power electronics, and brakes, among others.

Toyota, meanwhile, continued its dominance in this year’s annual survey, which was based on 470,000 reports from owners. Five of the 15 Toyota models rated by the magazine received the highest possible grade. Only one, the Toyota Tacoma, received an average rating.

Fisher believes the differences stemmed from choices made by both manufacturers over the years. “Toyota has doubled down, not on making the sexiest vehicles, but on making vehicles that are very, very reliable,” he said. “Whereas, Honda is upping their game in terms of how their cars perform – the quietness, comfort, and smoothness of their high-tech transmissions and engines. But their reliability is not what it once was.”

The tradeoff – reliability for performance – is one that Toyota refused to make, Fisher said. For the most part, it introduced new concepts in conservative fashion, first dipping a toe in the water before offering any new high-tech feature across the board. The upshot, however, was less-than-stellar scores on the magazine’s test track. As a company, its average score on the track was 68, placing it in the bottom third of all automakers. Honda, meanwhile, received a 76 – a mid-level score. In contrast, Porsche received a 90, while BMW scored an 87.

Consumer Reports blamed high-tech features for some of the reliability issues in the Hondas, as well as other vehicles. In particular, the magazine found that small-displacement turbocharged engines, along with eight- and nine-speed transmissions, tended to have more reliability issues than some time-tested designs. Similarly, automakers that moved too quickly to state-of-the-art in-car electronics, such as Apple CarPlay, also had problems, the magazine found.

In many cases, high-tech features have been known to give a manufacturer an initial boost. Honda, for example, went to a small-displacement turbocharged engine on the 2018 Accord sedan, resulting in great reviews and winning it the 2018 North American Car of the Year Award.

But such moves don’t always help, particularly in reliability ratings. A case in point was Cadillac, which landed three vehicles in the worst ten on Consumer Reports’ 2019 reliability list. The Cadillac Escalade, for example, received poor grades for transmission and drive-system reliability, as well as for in-car electronics, power equipment, and body hardware.

“Cadillac was quite a disappointment in that their vehicles were really competitive in the way they performed on the track,” Fisher said. “If we had just stopped after the performance tests, they would have done very well. Their vehicles are really enjoyable to drive.”

In the reliability survey, however, the Cadillac ATS, CTS, and Escalade all received “much worse than average” reliability ratings.

To be sure, Honda did better than many manufacturers in its reliability scores. The Honda Fit, for example, got a “much better than average” rating. But the company’s across-the-board grades were not what they were a decade ago, Fisher said. “It’s not just the Odyssey,” he told us. “We’ve seen issues with a lot of their vehicles, both Honda and Acura, in electronics and even transmissions. They seem to have taken their eye off the ball in terms of reliability.”

“What makes it for Toyota is not necessarily having the quickest or quietest or most comfortable car, but having something that will give you 200,000 miles without blinking an eye,” Fisher said. “That’s what sets them apart.”