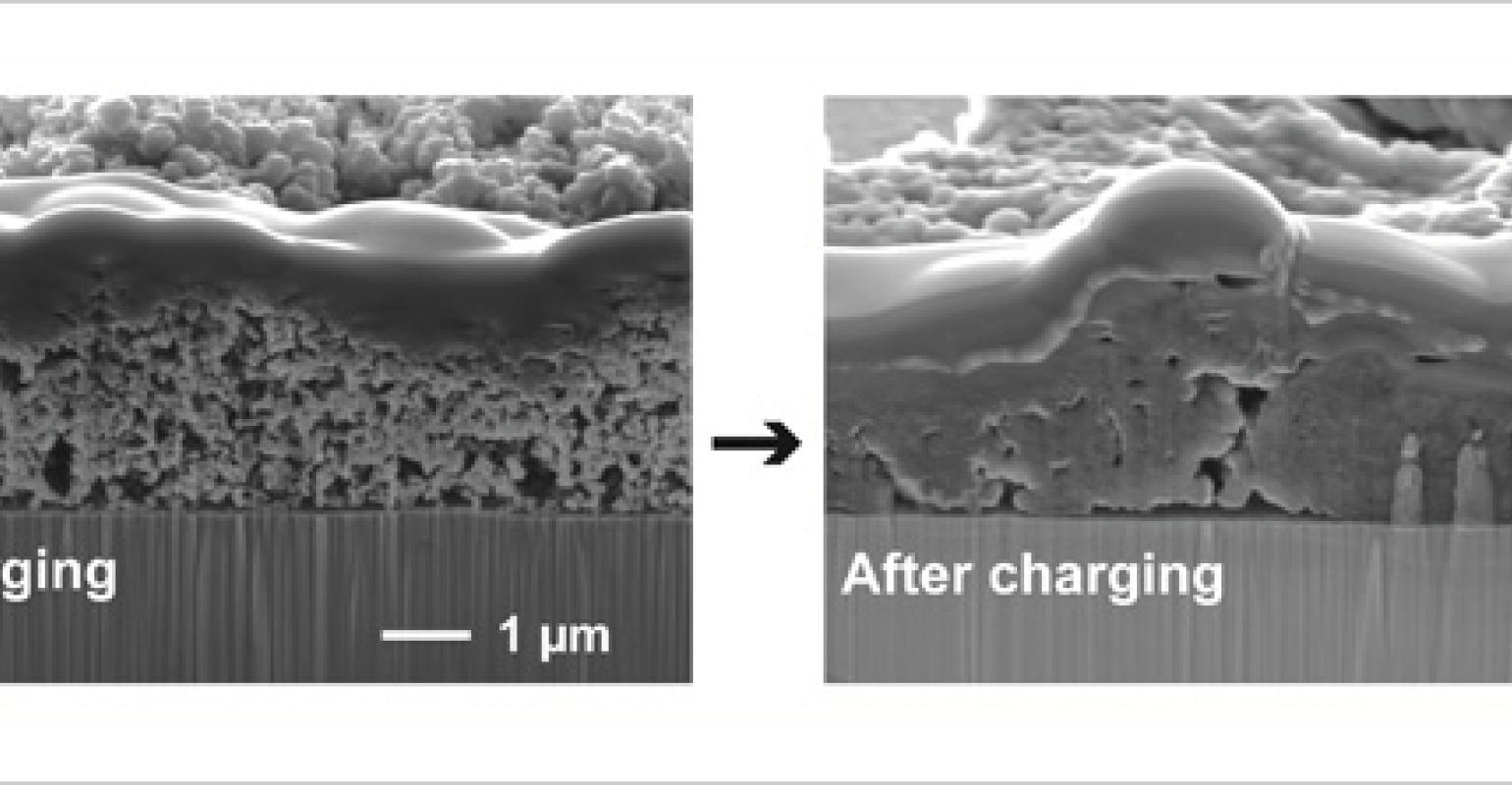 While electric vehicles (EVs) are becoming more pervasive, researchers still are trying to improve battery technology to improve their driving range and energy production so they can demonstrate performance on par with fuel-driven automobiles. To this end, new research has discovered a simpler way to fabricate silicon anodes for solid-state lithium batteries for use in EVs, paving the way to make these devices perform on par with current liquid-based lithium-ion designs.

“This result suggests that the low-cost and large-scale production of high-capacity anodes for use in all-solid-state lithium batteries is possible,” the team—led by Narumi Ohta, a senior researcher at NIMS—wrote in a paper in ACS Applied Energy Materials.

NIMS worked with The New Energy and Industrial Technology Development Organization and auto maker Toyota on the research.

Materials scientists are eyeing solid-state batteries as an alternative to current liquid-based chemistries, which contain toxic materials that are hard to dispose of as well as have the potential to set fire or explode. These new chemistries are viewed as better options for high-capacity and high-performance energy-storage devices, such as those needed for EVs.

Silicon is a desirable alternative to the graphite commonly used as the active anode material in commercial batteries because it has a capacity about 11 times higher than graphite. This also makes batteries created with this material more viable for use in EVs and other applications that need high-capacity energy storage.

However, one drawback to using solid-state batteries using silicon anodes is that the volume change of silicon during charge and discharge—or lithiation and delithiation in a lithium battery—hinders practical application. “The repeated huge volume change of silicon causes the particle isolation and thus leads to losing the active material, which results in a continuous capacity loss,” they wrote in the journal.

Indeed, in typical solid-state cells, the active material is placed between two solid components—a solid electrolyte separator layer and a metal current collector—which can avoid the problem by electrically isolating the active material.

The NIMS team took this a step further with a new approach to synthesizing a high-performance anode for solid-state lithium batteries using commercial silicon nanoparticles.

In their design, upon lithiation, the silicon undergoes volume expansion, structural compaction, and appreciable coalescence in the confined space between the solid electrolyte separator layer and metal current collector to form a continuous film similar to that prepared by the evaporation process. “The anode composed of nanoparticles prepared by spray deposition therefore exhibits excellent electrode performance, which has previously been observed only for sputter-deposited film electrodes,” researchers wrote in the journal.

The team believes that using their design, high-capacity anodes for solid-state lithium batteries can more easily be manufactured. The researchers plan to continue their work to improve the cyclability in the anode by increasing the areal mass loading of nanoparticles to better meet the energy-storage and production requirements of EVs.