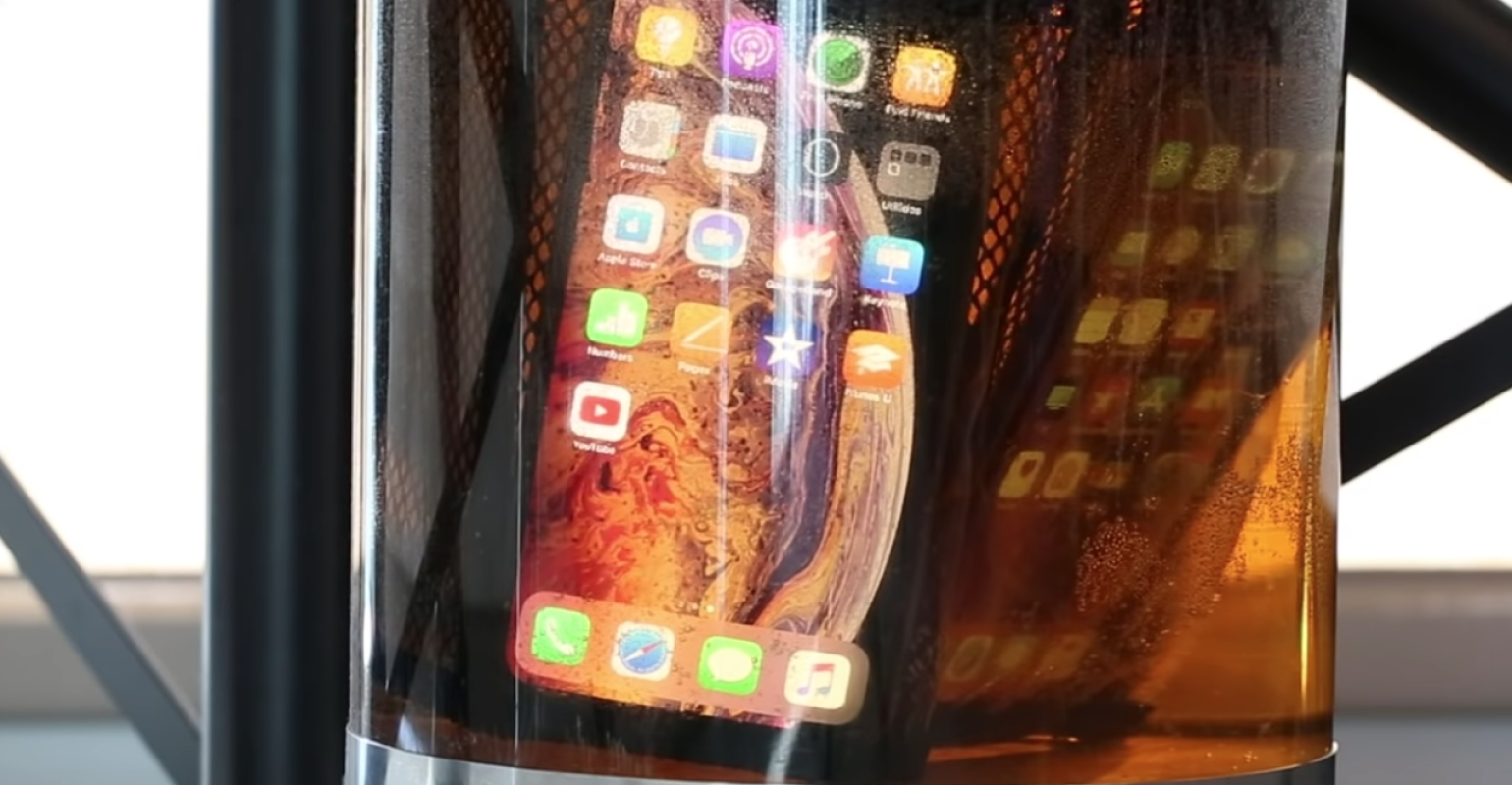 Teardowns of the iPhone XS and XS Max reveal the engineering and design behind Apple's latest machine learning chip, an innovative new battery shape, and arguably the phones' most important feature – beer resistance.

It wouldn't be another year if there wasn't another iteration of the iPhone. Last year's iPhone X brought some notable innovations to the product line—most notably, the A11 Bionic chip designed for machine learning and augmented reality (AR) applications.

Let's forgo the usual, expected upgrades: bigger screen, better resolution...higher price tag. On the hardware end, the iPhone XS and XS Max (that's XS as in “10 S,” not “extra small”) do offer some upgrades over the X, but nothing as dramatic as the X offered over previous versions. The aforementioned A11 chip is replaced by a new chip called the A12 that Apple says is up to 15 percent faster and up to 50 percent lower power than the A11. The goal is still the same: leveraging machine learning for improved performance in AR, photos, gaming, and other applications that require graphics-heavy performance. But this time around, Apple has tucked a bit more under the hood. The A12 is manufactured using a 7-nanometer process, making it the first of its kind to appear in a smartphone.

Like the A11, the A12 is an Arm-based, 64-bit SoC that integrates a six-core CPU (two performance cores, four efficiency cores) with a proprietary GPU. This time, the CPU cores have had a slight upgrade with the high performance cores running at 2.49 GHz according to benchmarks, compared with the A11's 2.39 GHz. The GPU has also been upgraded from a three-core to a four-core, allowing it to perform up to 50 percent faster than the A11's GPU, according to Apple.

In addition, Apple has upgraded the “Neural Engine”—a proprietary, hardware-based neural network framework built into the A11 chip. The A12's Neural Engine is an eight-core architecture that Apple says can perform up to 5 trillion operations per second, making it up to nine times faster than the A11 at processing machine learning functions. Apple has also decided to open this version of the Neural Engine to its Core ML platform for developing machine learning apps, meaning developers will be able to create machine learning-based apps optimized for the XS and XS Max.

Teardowns of the XS and XS Max over on iFixit reveal much of the same engineering and design behind the X. Apple is still using the folded circuit board design to optimize space, with a few component changes here and there that more or less look to be moving up to the latest versions of components used in the iPhone X.

For the battery aficionados, it is particularly worth noting that the XS does some interesting things with a contoured battery for further space savings. Where the iPhone X used two cells joined into an L shape, the XS uses a single, L-shaped battery. Anyone wondering about the challenges of having your battery do yoga inside your device only needs to ask Samsung about the notorious Galaxy Note 7, which had an irregular battery shape that led to issues with... “exploding.”

Apple has been working on new battery form factors since at least 2011, according to a few patents pointed to by iFixit. One patent is for “Non-rectangular batteries for portable electronic devices” and another discusses creating “Battery cells having notched electrodes.” Both discuss the challenges of designing batteries with atypical shapes and methods of overcoming their inherent problems.

But on to the important stuff. Real Apple fans are curious about another feature touched on in the XS and XS Max announcements. According to Apple, the XS and XS Max are the most durable iPhones ever made and have been tested in many different liquids—including beer. The new iPhones feature an IP68 water resistance rating, meaning they withstand being submerged in up to 1.5 meters of water for 30 minutes.

To test just how durable (and beer proof) the XS and XS Max really are, SquareTrade—a subsidiary of AllState that provides insurance for electronic devices—dunked the phones into a five-foot tube containing the equivalent of 138 cans of beer (Pabst Blue Ribbon, specifically) for 30 minutes. It found that both phones functioned normally after being submerged.

iFixit did a beer test of its own, sinking an iPhone X into 2 meters of beer from Figeroa Mountain Brewing Company. At the end of iFixit's nearly five-hour livestream teardown of both phones, the XS was still going strong in all of that beer. Also, that's right, you can watch an iPhone submerged in beer for several hours if you are so inclined.

Drop resistance was another story. SquareTrade submitted the XS and XS Max to several drop tests. The short version of the story is: Don't drop either phone from a height of six feet or higher.

Overall, iFixit gave the XS and XS Max repairability scores of 6 out of 10—the same as the iPhone X. On one hand, display and battery repairs can be made pretty easily with enough know-how. But there are a lot of screws, fasteners, and adhesives to get through, and that shiny glass front and back is prone to damage, which means a hefty repair bill.

In a statement regarding SquareTrade's iPhone tests, Jason Siciliano, vice president and global creative director at SquareTrade, agreed with much of iFixit's assessment—most notably the fragile glass exterior. “Repair costs for the new iPhones are expected to be around $399 to replace a front screen and $599 to fix a shattered back,” Siciliano said. “Considering $599 was the cost of the most expensive version of the very first iPhone, repair costs are now something to consider when buying a new iPhone. They’re beautiful phones. Just hang on tight.”

And check out iFixit's website for full teardowns on the iPhone XS and XS Max.