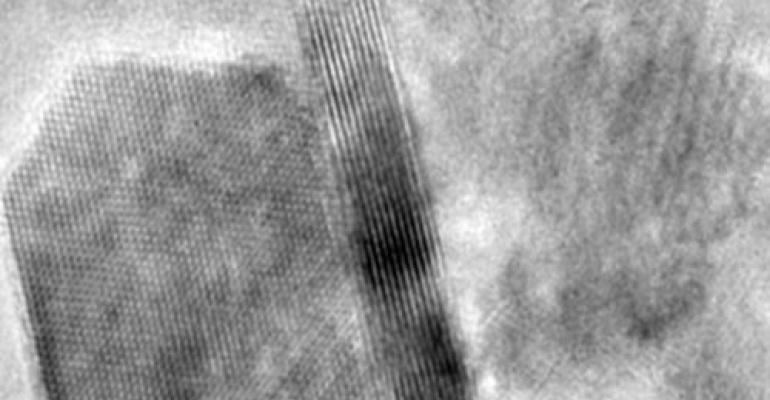 The use of a single layer of carbon graphene material can provide a barrier to oxygen release in lithium batteries, helping to make them safer.

New uses for graphene seems to be popping up almost everywhere. The allotropic form of carbon consists of a single layer of carbon atoms arranged in a hexagonal lattice. It was originally observed using electron microscopes in 1962. The material was isolated, and characterized in 2004 by Andre Geim and Konstantin Novoselov, working at the University of Manchester and resulted in the two winning the Nobel Prize in Physics in 2010 "for groundbreaking experiments regarding the two-dimensional material graphene.”

Graphene has many unexpected and unusual properties. It is immensely strong (perhaps the strongest material ever tested), and conducts heat and electricity efficiently. It blocks light surprisingly well for a 1-atom-thick layer of material. It also turns out that graphene sheets are impermeable to oxygen atoms. Reza Shahbazian-Yassar, associate professor of mechanical and industrial engineering in the University of Illinois in Chicago College of Engineering and Soroosh Sharifi-Asl, a graduate student in mechanical and industrial engineering at UIC, thought that if they wrapped very small particles of the lithium cobalt oxide cathode of a lithium battery in graphene, it might prevent oxygen from escaping, and hence help prevent lithium ion batteries from catching fire.

The Aim is to Reduce Battery Fires

According to a UIC news release, “The reasons lithium batteries catch fire include rapid cycling or charging and discharging, and high temperatures in the battery. These conditions can cause the cathode inside the battery — which in the case of most lithium batteries is a lithium-containing oxide, usually lithium cobalt oxide — to decompose and release oxygen. If the oxygen combines with other flammable products given off through decomposition of the electrolyte under high enough heat, spontaneous combustion can occur.”

“We thought that if there was a way to prevent the oxygen from leaving the cathode and mixing with other flammable products in the battery, we could reduce the chances of a fire occurring,” said Shahbazian-Yassar in the UIC release.

To start, the UIC team chemically altered the graphene to make it electrically conductive. Then they wrapped the minute particles of the lithium cobalt oxide cathode electrode in the conductive graphene. When examined with an electron microscope, they noted the release of oxygen under high heat from the graphene-wrapped lithium cobalt oxide particles was reduced significantly compared with unwrapped particles.

The wrapped particles were combined with a binding material to form a usable cathode, and incorporated into a lithium metal battery. When measured during battery cycling, the researchers saw almost no oxygen escaping from cathodes even at very high voltages.  The lithium metal battery continued to perform well even after 200 cycles.

“The wrapped cathode battery lost only about 14% of its capacity after rapid cycling compared to a conventional lithium metal battery where performance was down about 45% under the same conditions,” Sharifi-Asl said.

“Graphene is the ideal material for blocking the release of oxygen into the electrolyte,” Shahbazian-Yassar said. “It is impermeable to oxygen, electrically conductive, flexible, and is strong enough to withstand conditions within the battery. It is only a few nanometers thick so there would be no extra mass added to the battery. Our research shows that its use in the cathode can reliably reduce the release of oxygen and could be one way that the risk for fire in these batteries — which power everything from our phones to our cars — could be significantly reduced.”