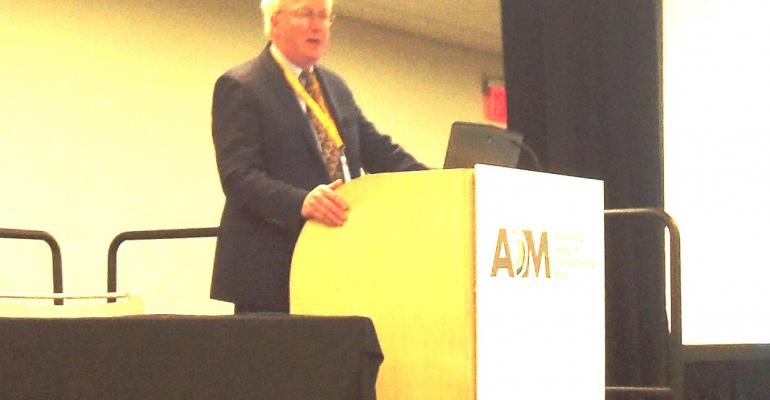 Production of lithium-ion batteries is rising fast, but EVs will still make up only 5% of new cars in 2025.

Lithium-ion battery production will grow dramatically in the next seven years, but sales of battery-electric vehicles (BEVs) are likely to be constrained by manufacturing challenges, an expert told attendees at last week’s Cleveland Advanced Design & Manufacturing Expo.

Michael Sanders, senior advisor for Avicenne Energy, said that BEVs will likely make up no more than 5% of world’s new cars by 2025, largely because automotive OEMs and battery makers lack the manufacturing capacity to make bigger things happen by then. “At every level of the value chain, there would be concerns,” he said. “The OEM level – putting in factories for producing electric vehicles – is probably the biggest concern. The battery level is the next pinch point. And then there is the raw materials pinch point.”

In a session titled, Comparing Lithium-Ion to Lead-Acid Batteries and Other Storage Options, Sanders said that to change the scenario, automakers and battery manufacturers need to invest more capital. “By 2025, it could change and be accelerated from that level,” he said. “But you would have to have a level of investment that’s above what’s already been announced.”

Sanders noted that auto and battery makers are already investing furiously in manufacturing facilities. Between 2011 and 2014, more than $12 billion was invested for 50 GWh of production capacity. Those investments were followed by $7 billion more between 2014 and 2017, he said. “And we are continuing to see more announcements about major investments, in increments of about a billion dollars each,” he said. “The latest series of announcements came from Daimler, which is building a plant here (in the US), one in Europe, and two in Asia.”

Still, BEVs continue to scale up somewhat slowly, Sanders said. “Everybody is talking about electric vehicles and how they could be the dominant technology going forward,” he told the audience. “And they’re probably right. But if you look at the 2025 data, the number of battery-electric vehicles is only expected to be about five million.” Given the fact that worldwide vehicle production approaches 100 million per year, he said, internal combustion engines will still be the dominant propulsion technology in the auto industry in 2025.

Sanders noted, however, that the production of lithium-ion batteries is continuing to rise at a compounded annual growth rate of 23% at both the cell and pack level. Moreover, costs are dropping faster than anyone expected a decade ago, largely based on manufacturing efficiencies. He expects cell costs to hit the “low $100” (per kWh) level and pack costs to hit the “mid-to upper $100 range” by 2025.

“In 2007, I would have said people were crazy if they had told me we would hit those numbers,” Sanders said. If the cost figures continue to fall, he said, lithium-ion could catch lead-acid in production by 2025, becoming the world’s prominent battery technology.

The ascension of lithium-ion to the top spot in the battery market is the third step in an evolution that started at the turn of the century, Sanders said. Lithium-ion made its debut in cell phones in around 2000. It later moved to laptop computers and tablets before reaching bigger numbers in the automotive industry.

But investments in the technology will have to continue to grow for lithium-ion to take its next big step in the auto industry, and that won’t happen easily, Sanders said. “This is not an area for the faint of heart,” he told attendees. “The investments for a battery plant are very, very substantial.”