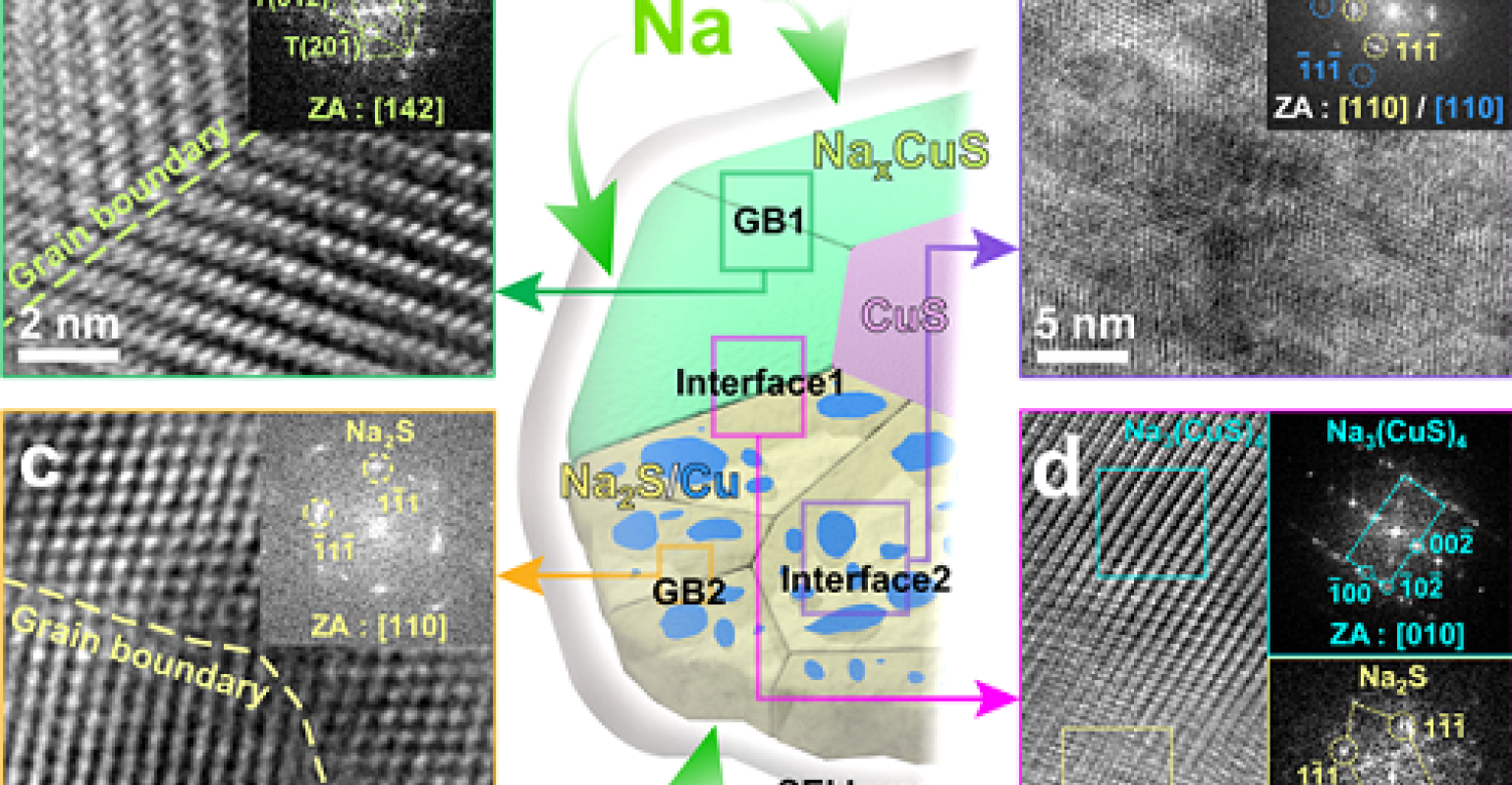 Sodium ion battery chemistry may have a chance of replacing lithium ion batteries, but only if some of the challenges of finding better anode materials can be met.

Commercial lithium ion batteries use intercalation-type materials, such as graphite, to serve as anode (negative electrode) materials that store and release lithium ions between planes of carbon atoms. But graphite anodes have not been viable for high-capacity sodium storage due to their insufficient spacing between the carbon atom layers to accommodate sodium ions.

To build viable sodium ion batteries, a search is on for materials that can achieve higher capacity in the anode. Most such materials unfortunately have large volume expansions and abrupt crystallographic changes when incorporating sodium ions, which lead to severe capacity degradation.

According to Yuk, “Sodium ion batteries employing copper sulfide can advance sodium ion batteries, which could contribute to the development of low-cost energy storage systems and address the micro-dust issue.”

As with so many battery research results, the replacement of lithium ion batteries with commercial sodium ion batteries does not seem like it will happen any time soon, despite the optimism of the Korean team. But progress is continuing and the incentive to improve upon lithium ion batteries is increasing almost daily as a move to further electrification of the transportation system and battery storage for the electric grid reaches primetime.