Editorial: Thoughts of An Engineer On Earth Day 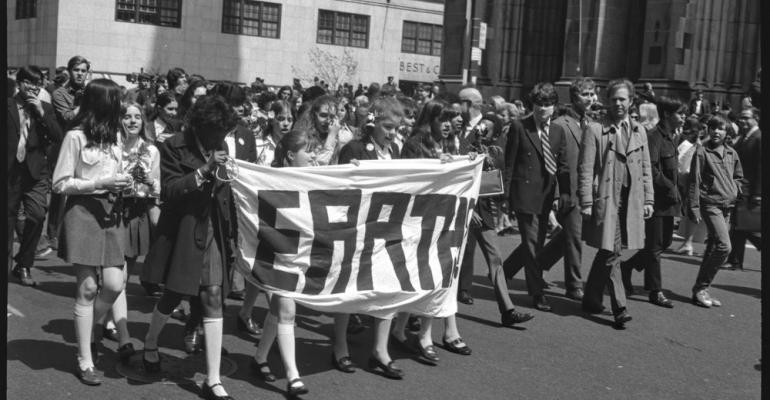 Engineers hold the future of humanity and the environment in their hands—It’s time to make sure we are doing the right things.

Today is Earth Day. Over a billion people in 192 countries are taking part. It’s the largest civic-focused day of action in the world. It is a day when human beings commit to earth-friendly acts, to making more sustainable choices, to reducing their carbon footprint, to conserving energy and resources, and to collaborate on environmental projects to protect us and the environment to create a healthy, more sustainable future. Earth Day is an activity in which engineers should be especially engaged.

The first Earth Day took place on April 22, 1970. Senator Gaylord Nelson from Wisconsin, having seen the damage created in 1969 by a massive oil spill in Santa Barbara, California, decided to raise the public’s consciousness about air and water pollution and move the discussion into the national political agenda.

Senator Nelson, a Democrat, persuaded Pete McCloskey, a conservation-minded Republican Congressman, to serve as his co-chair and recruited Denis Hayes from Harvard as national coordinator. On the first Earth Day, 20 million Americans took to the streets to demonstrate for a healthier and more sustainable environment. Suddenly, caring for the planet became a priority and by the end of that year, the first Earth Day had led to the creation of the United States Environmental Protection Agency (EPA) and the passage of the Clean Air, Clean Water, and Endangered Species Acts. “It was a gamble,” Gaylord recalled, “but it worked.” Imagine if we could move so quickly today?

Are We The Enemy?

When you consider the major global problems facing humanity—among them climate change, species extinction, biodiversity loss, air and water pollution, and an accumulation of plastic waste that is now threatening human survival—it’s easy to point a finger at the engineers whose job it has been to ensure the progress of our civilization. How could they not have recognized the impact of problems resulting from carbon dioxide emissions, the cumulative effects of synthetic chemicals into the biosphere, or the dangers of a seemingly innocuous plastic grocery bag?

No competent engineer starts out to build a system that is unsustainable and wasteful, and often the pitfalls don’t become apparent until it is too late. As Duke University engineering professor and prolific author Henry Petroski said, “Many new technologies come with a promise to change the world, but the world refuses to cooperate.”

Can We Be The Change?

In the almost 50 years since the first Earth Day, engineers have been on the forefront of cleaning the air and water. We have developed viable wind and solar alternatives to fossil fuels. We are developing battery technologies that are revolutionizing everything from personal electronics to electric cars and transportation. Working on the cutting edge of science and technology, engineers have been pushing boundaries in medicine, food security, communications, and exploration that serve to better the human condition.

Though not each invention is a success, and, inevitably, some can be spectacular failures, incremental improvements provide starting points for the next generation of engineers.  As Professor Petroski said, “Although engineers want always to make everything better, they cannot make anything perfect. This basic characteristic flaw of the products of the profession's practitioners is what drives change and makes achievement a process rather than simply a goal.”

If you are an engineer or are studying to be one, it is time to embrace Earth Day and what it stands for. Engineering is a profession that requires great ethical and moral courage to do what is right, not just for the company or the bottom line, but for society, humanity, and the environment. If what you are working on isn’t sustainable, be creative, re-direct, and make it so. If your product or process harms the planet or its inhabitants, find a better solution that allows all of us a chance to carry on. It is time that engineers take the lead: we are some of the smartest people on the planet, and we must apply our skills and talents to better the tiny blue planet on which we live.